A makeup artist transformed Milan Fashion Week models into walking anime characters in a bid to show how people on social media are starting to look like clones of one another.

Models at the GCDS Spring 2020 show at Milan Fashion Week were transformed into ‘anime manga babes’ by makeup guru Erin Parsons, who used 17mm contact lenses to create the illusion of cartoon-like black eyes – echoing the look made popular in Japanese cartoons.

Ohio-born, New York City-based Erin said that adding the contacts to models’ eyes was a bid to make them ‘lose the characteristics that make them individual and unique’ – something she said is very apparent if you scroll through Instagram these days.

Spooky! Models at the GCDS Spring 2020 show in Milan were given an eerie makeover with contact lenses to give them all a uniform appearance 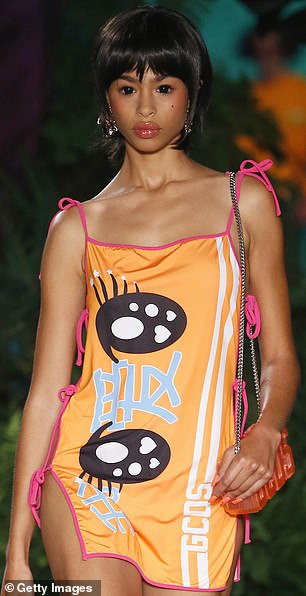 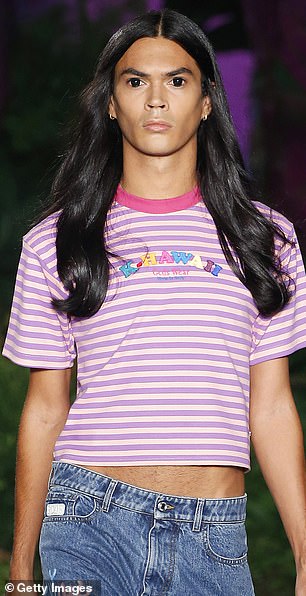 Something….different: Models emitted an other worldly appearance thanks to their giant cartoonish pupils ‘By adding the contacts to everyone’s eyes they begin to lose the characteristics that make them individual and unique. It becomes a bit [alien like] but doesn’t it feel familiar when you scroll through Instagram?

‘We’re celebrating diversity while everyone’s starting to look the same,’ she posted online.

GCDS – which stands for God Can’t Destroy Street-wear – is an innovative, alternative fashion label that was launched in 2015.

Sharing the eerie beauty looks backstage before the brand’s runway show, Erin thanked designer Giuliano Calza for ‘letting [her] do something fun’.

After putting the 17mm black contact lenses in the models’ eyes to start off the manga- and anime-inspired looks, Erin added just a hint of black eyeliner – the Maybelline Tattoo Studio Gel Pencil in Deep Onyx – to the center of the top and bottom of the eyes, which helped to add even more depth to the eerie eye look. 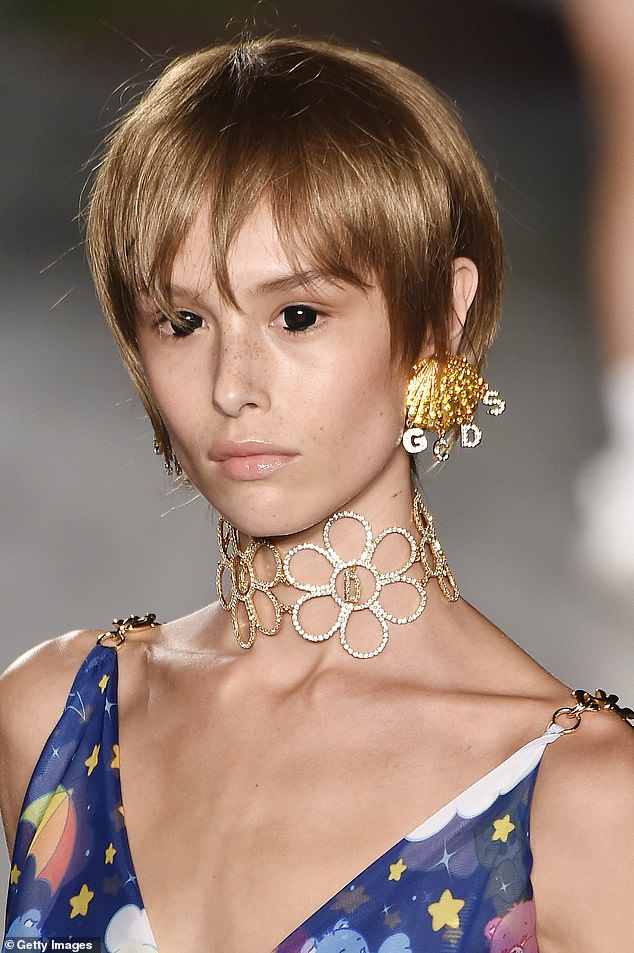 Bling: The beauty look was intended to make all models seem like they were a bit alien like, according to the makeup guru 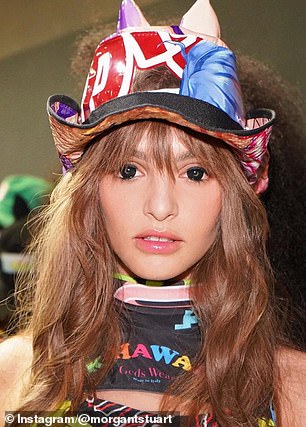 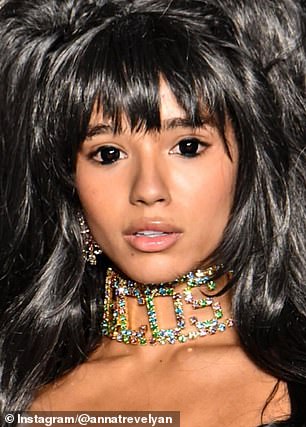 Saucers: Erin explained that she used 17 mm contact lenses to achieve the effect 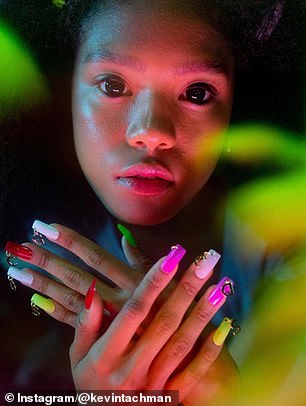 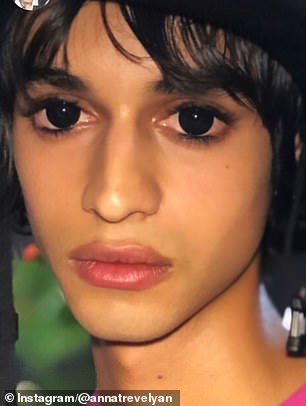 Backstage beauty: The Paris-based makeup artist shared captivating images of the models before they hit the runway

The beauty pro then applied Nars’ blush in Exhibit A to the cheeks, before using the Clarins Pink Orchid lipstick on the models’ pouts.

The makeup artist added that the innovative beauty look was inspired by ‘kawaii’.

In Japan, kawaii refers to the fondness for all things cute, adorable and childlike. Traditionally, animated characters who are deemed ‘kawaii’ have large black orb-style eyes and tiny mouths.

The show collection itself was based around the theme ‘K-Hawaii’: A mash-up of tropical references like surf wear and bikinis plus typically ‘cute’ iconography like Care Bears and Hello Kitty.

‘It’s like a real life Snapchat filter,’ said another – referring to the dystopian-style effects available to users of the platform.

On the runway: Models showcased the streetwear brand’s anime-inspired collection with their hauntingly beautiful orb-like pupils 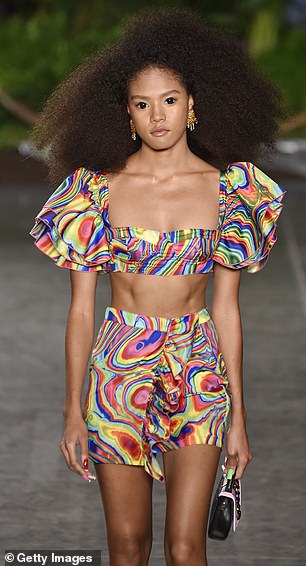 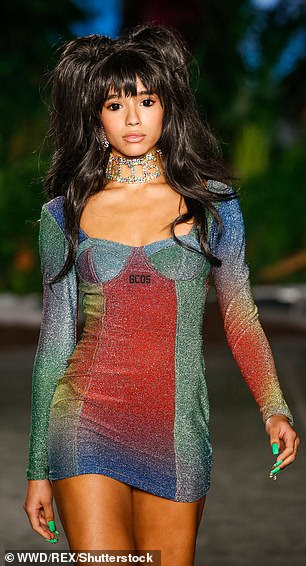 Uniform: The tripped-out eyeballs were intended to make all models look the same as they walked the runway – a nod to how everyone is starting to look the same on social media 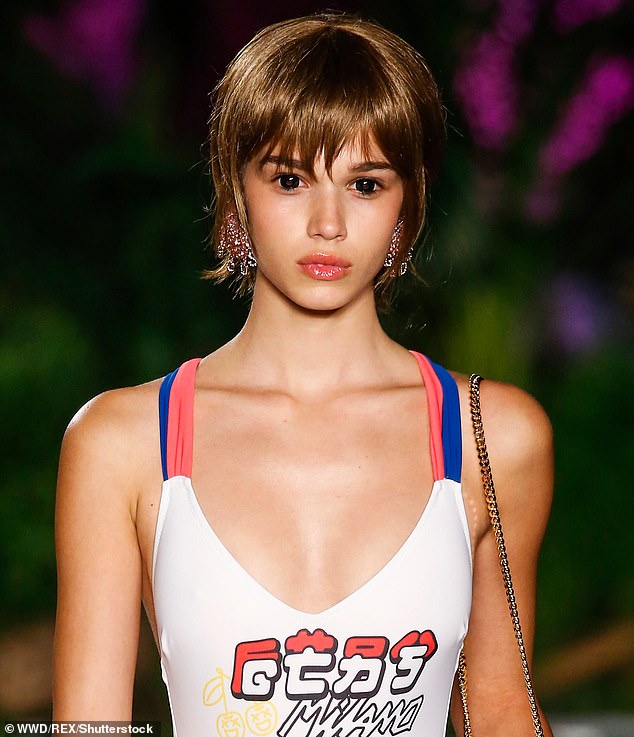 ‘So creepy and cool’: Instagram users loved the ‘weird but beautiful’ effect of the ginormous contact lenses

‘At first you feel the creepy kawaii fantasy, then the deeper correlation to modern beauty standards sets in. Such a fascinating take, Erin,’ a fellow makeup artists commended.

On theme! The collection was dubbed ‘K-Hawaii’: A mashup of cute Japanese characters and Hawaiian references

‘So creepy and cool – I love it,’ said another.

Erin is considered one of the most prolific makeup artists working in the industry.

However it is her work with Gigi Hadid that has put her on the map in recent years.

As Maybelline’s global makeup artist, Erin has worked alongside the Instagram it girl for several years.

She previously told CR Fashion Book that a viral beauty look she created for Gigi, 24, back in 2016 is one of her all-time favorites.

‘One of my favorite looks I’ve ever done to this day was on Gigi Hadid for Maybelline and it was for their NYFW posters that they hang in the subway. We did this “graffiti eye”, but on Instagram everyone started calling it the mermaid eye and it became a huge trend.

‘Companies started coming out with mermaid palettes, and it seemed like all the Instagram girls were not doing color, they were doing browns with eyeliner, and then it got really colorful. I feel like I sort of inspired something and I’m pretty proud of that.’ 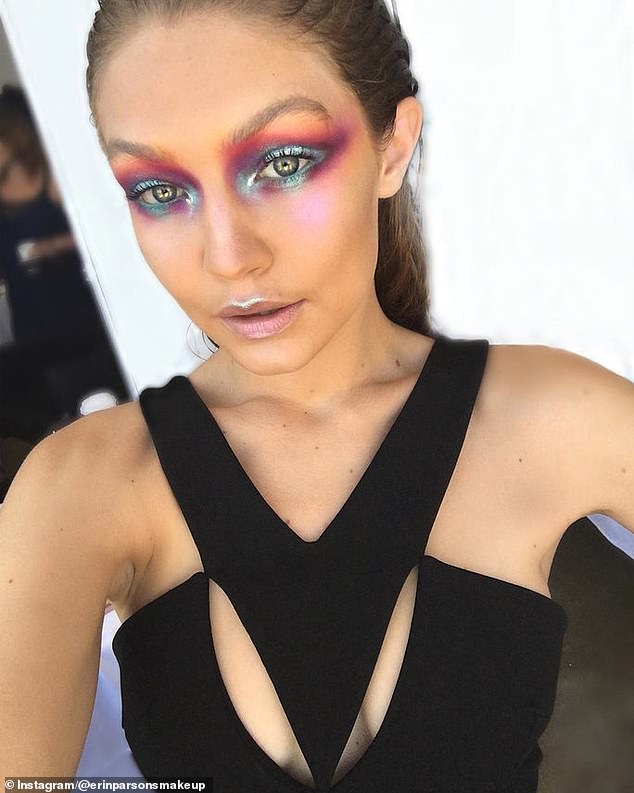 Trend starter: Erin said she is particularly proud of this beauty look created for Gigi Hadid, pictured, which spawned a trend for ‘mermaid eyes’

The eyes have it! All the products you need to create a fun eye look

By Charlie Lankston for DailyMail.com 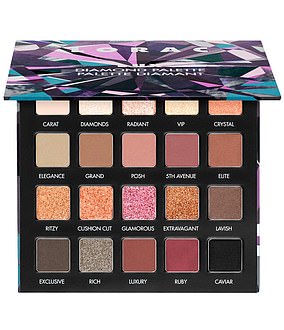 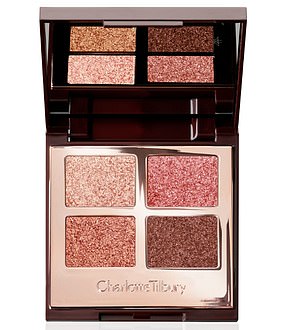 Shine bright like a diamond: The Lorac LUX Diamond Palette (left, $39) is filled with a host of shimmery and matte shades, meaning it can be used for any look you’re hoping to create. If glitter and shimmer are your focuses however, try the Charlotte Tilbury Palette of Pops in Pillow Talk (right, $53), which is the newest release from the brand’s incredibly popular Pillow Talk collection, due to go on sale on September 26 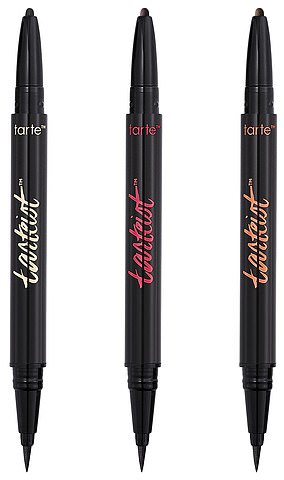 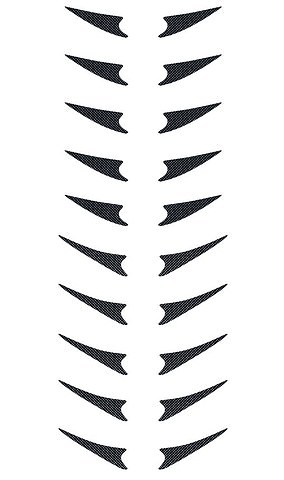 Swish and flick: If you love a good liquid liner, but want to try something a bit different, look no further than the Tarte Tarteist Party of 3 Liner Trio (left, $20), which features three different shades of liner. If the idea of doing your own winged liner fills your heart with horror however, try the Haus Laboratories Eye Armor Kit (right, $35), which comes complete with stick-on wings and a liquid liner – everything you need to create the perfect winged look

Cool and colorful: If you’re looking for a palette with plenty of pops of bright vivid shades, the Dominique Cosmetics Celestial Storm Palette ($44), which contains all manner of options for you to play with 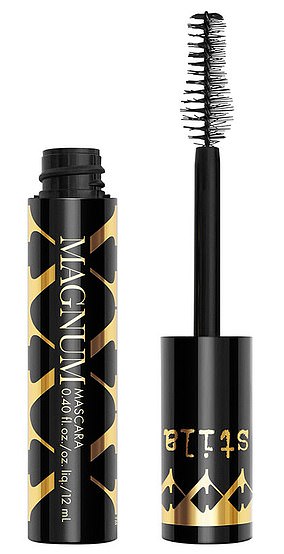 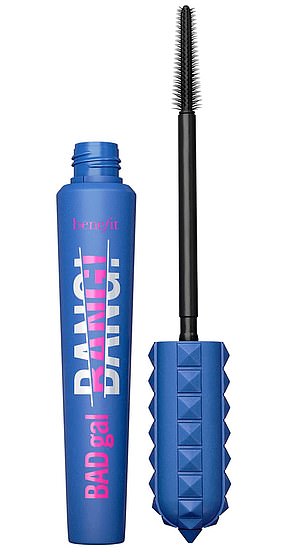 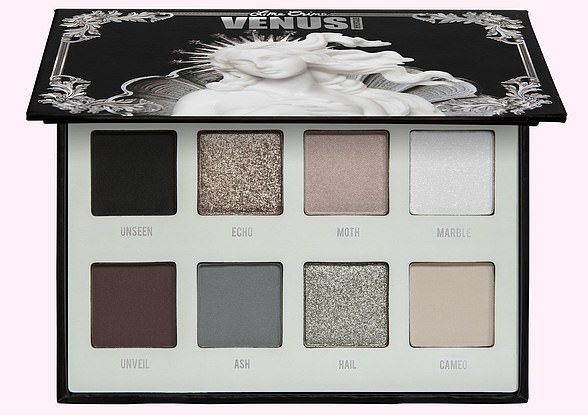 Fall favorites: Get prepared for the winter weather with the Lime Crime Immortalis Eyeshadow Palette ($38) which actually glows in the dark – making it the perfect accessory for the dark and gloomy seasons

On-the-go greats: The Huda Beauty Life Liner Double Ended Eyeliner (left, $25) has both a pencil and a liquid liner, making it the perfect pick for someone who likes the best of both worlds – while the Maybelline Eye Studio Color Tattoo Liquid Chrome Shadow (right, $6.99) is a great one and done product that allows you to just swipe, smudge and go without worrying about brushes and blending 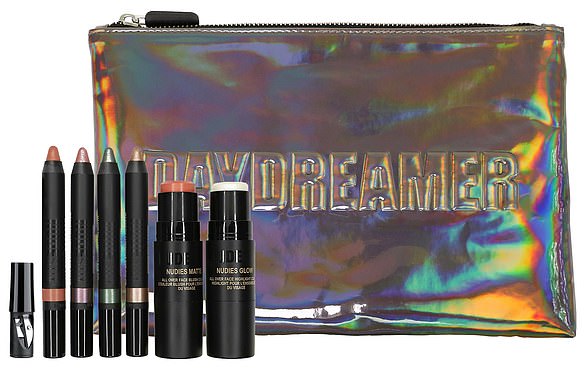 One and done: If you don’t want to fuss around with plenty of different product, consider picking up the Nudestix x Hilary Duff Daydreamer Palette ($75), which contains everything you need to create a beautiful makeup look