Her ex-husband, James Packer, spoke highly of her and described her as his ‘priority’ in a recent interview.

And Erica Packer, 40, looked to be in high spirits as she jetted into Sydney airport on Tuesday.

The makeup-free model showed off her glowing complexion and trim figure in black activewear and runners as she strolled through airport terminals. 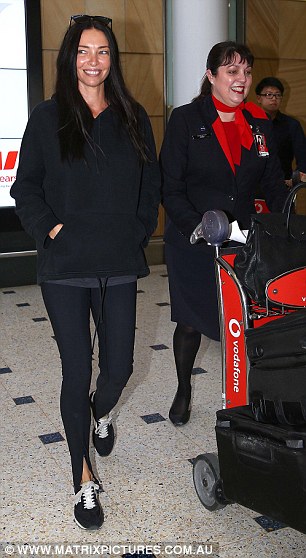 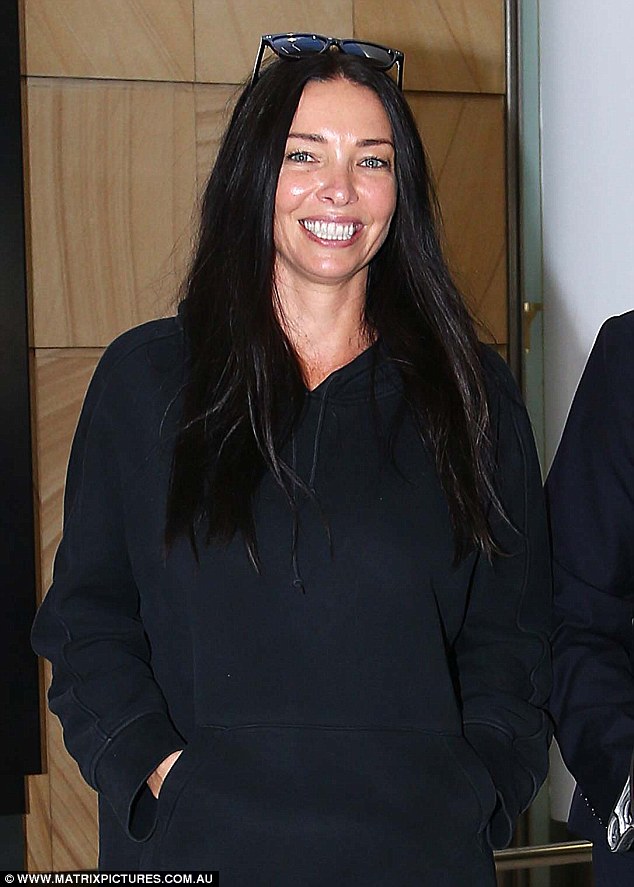 Glowing: The 40-year-old looked to be in high spirits as she showcased her glowing complexion

Erica’s VIP status was very much apparent as a Qantas flight attendant wheeled the socialite’s designer luggage for her, which included a $14,620 Hermes Birkin bag.

The former singer reportedly flew in from Los Angeles, with her three children, ten-year-old Indigo, Jackson, eight, and Emmanuelle, six, however they were not pictured.

They are reportedly here to attend the 80th birthday party of Erica’s former mother-in-law, Ros Packer, according to The Daily Telegraph. 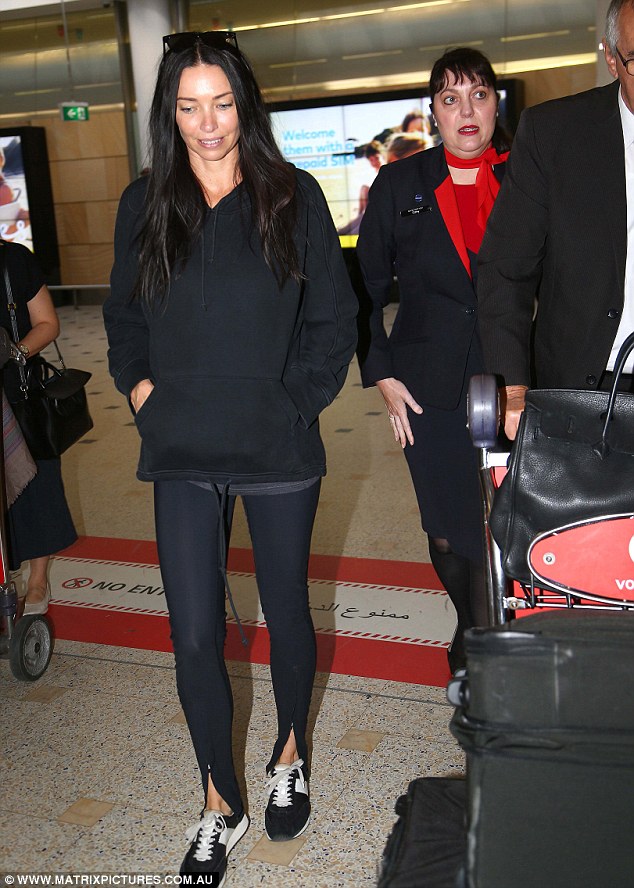 Slender: The former model showed off her trim figure in tight activewear 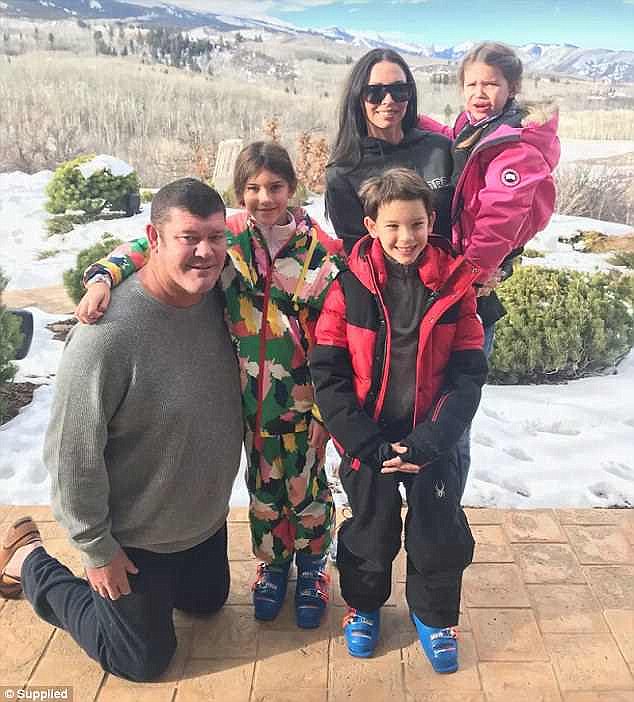 Family affair: The former singer reportedly flew in from Los Angeles, with her three children, ten-year-old Indigo, Jackson, eight, and Emmanuelle, six. Erica and James are pictured with their children in Aspen over Chrstmas last year

Billionaire James, who checked into a $5000-a-night mental health facility earlier this year, is not expected to attend the event, which will reportedly be held at Matt Moran’s Chiswick restaurant in Woollahra.

Erica was married to James for six years before they separated in 2013.

Low-key: Erica shielded her eyes from the sun with dark designer shades as she made her way to a waiting car 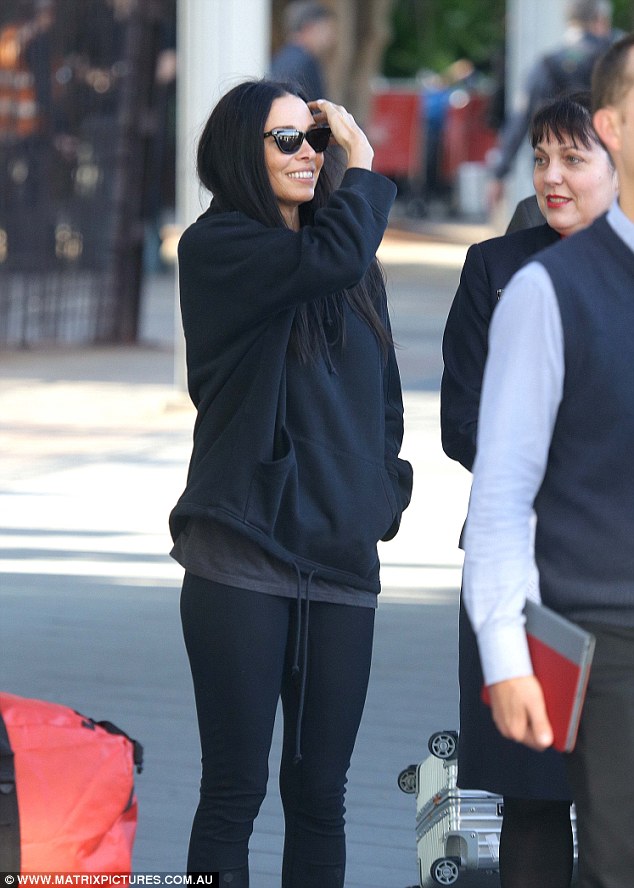 Chatting away: She spoke to the Qantas flight attendant as she waiting to be picked up

‘Erica is my priority. She is the mother of my kids. And the kids are my priority,’ he said.

‘Jodhi is a great source of happiness and friendship in my life.

He continued: ‘I talk to Erica multiple times a day. And I think Jodhi is an incredibly special person. I’m just so lucky to have them both in my life.’

Since her divorce from James, Erica has been linked to singer Seal however they split in 2016 after one year of dating.

High praise: Speaking to News Corp earlier this month, casino mogul James Packer spoke fondly of Erica. ‘Erica is my priority. She is the mother of my kids. And the kids are my priority,’ he said