The defense lawyer for Making a Murderer convict Steven Avery has taken on the case of a woman convicted of murdering her husband.

Kathleen Zellner has been representing Avery during the second series of the popular Nexflix documentary which follows Avery’s appeal against a murder conviction in 2005.

The popular Netflix program details the allegedly wrongful convictions of Avery and his nephew Brendan Dassey over the murder of 25-year-old photographer Teresa Halbach in Two Rivers, Wisconsin.

Kathleen Zellner, who has been representing Steven Avery, will also investigate the case of Sandra Melgar who was convicted of killing her husband on their anniversary night

Now Zellner, 61, will investigate the case against Sandra Melgar, who is serving a 27-year prison sentence for stabbing her husband, Jaime ‘Jim’ Melgar, to death on the eve of their 32nd wedding anniversary.

The emotional case dates back to December 23, 2012, when Jaimie Melgar was found bound and fatally stabbed 31 times in the closet of the home he shared with Sandra.

She was found tied up in her bathroom closet as her husband lay dead in a bedroom cupboard at their home in Houston, Texas.

Melgar, who suffers from Lupus and seizures, has maintained her innocence and says she does not remember parts of the night. 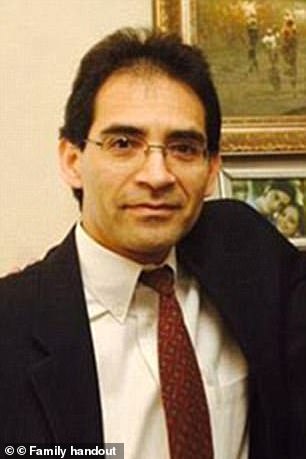 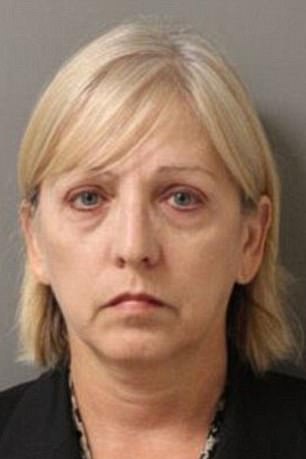 Sandra and Jim’s daughter, Elizabeth ‘Lizz’ Melgar Rose, has stood by her mother, believing she is innocent and an intruder is the likely culprit.

She told KHOU 11 News: ‘This is huge for us. I’m very excited and very hopeful this is going to lead to an overturned conviction.

‘I just hope that we can get some justice and start moving forward with life the best we can and we finally get to grieve my dad like we should have been able to from the beginning.’

Zellner wants to retest DNA evidence and other evidence that was not originally examined.

Yesterday Zellner tweeted: ‘In January I will be meeting w/ Houston prosecutors in cooperative effort to test some evidence in murder case they WON. Will this ever happen in Wisconsin ????????????????? #Texas1inExonerations #NothingtoFearButtheTruth #MakingAMurderer2’

A spokesman for the Harris County District Attorney’s Office said there was no date set for a meeting with Zellner, but told KHOU 11: ‘We would cooperate with Kathleen Zellner, as we would with any defense lawyer representing a client.’

Ms Rose, 32, had previously spoken to Dateline saying: ‘I’ve lost my father and here I am, about to lose my mother. 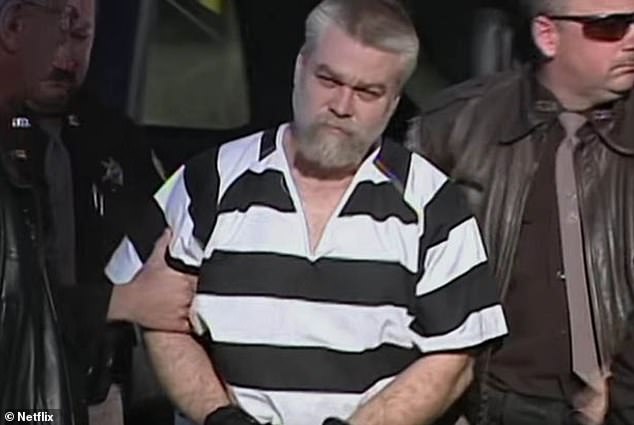 The entire premise of season one of Making a Murderer is unpacking the lingering question of whether Steven Avery (pictured), a salvage yard owner who had already spent 18 years in prison for a crime he didn’t commit, and his nephew Dassey, had been framed for the murder of Halbach, who was a 25-year-old photographer.

‘They were talking about the future and what they were looking forward to.

‘This is supposed to be the justice system that – it’s just completely broken.’

Jaimie Melgar was found bound and fatally stabbed 31 times in the closet of the home he shared with his wife Sandra on December 23, 2012.

Prosecutors previously admitted the difficulty they faced in proving their theory that Sandra Melgar concocted the robbery story, motivated by a $500,000 life insurance policy on her husband.

‘I couldn’t put the knife in her hand… I didn’t have any eye-witnesses that she killed him,’ prosecutor Colleen Barnett told Dateline. ‘She didn’t confess.’

At trial, defense attorney Mac Secrest also laid bare the problems with a lead investigator on the case, who was later fired for backdating a search warrant in a different murder case. 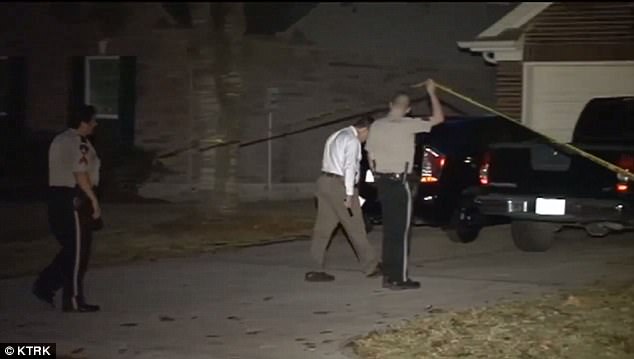 Jaimie Melgar was found tied up and stabbed to death in a closet two days before Christmas. Investigators (pictured) said they found his wife tied up in a separate closet

Sandra Melgar had been married to her husband for 32 years when the murder occurred on the eve of their wedding anniversary.

She claimed she blacked out and had no idea what happened after she was discovered tied up in a separate closet, but later blamed robbers.

No items were missing from the home, according to reports.

A grand jury indicted her in 2014 and the contentious trial ended in a murder conviction in August.

Sandra Melgar cried hysterically in court when the judge read the verdict.

She was sentenced to 27 years in prison and will be eligible for parole in 2031.