Making a Murderer detective reveals he gets death threats

A detective who appeared in Making A Murderer has told how the Netflix documentary series has ruined his life, claiming he now gets death threats and has to be so vigilant he cannot even go out for dinner with his wife.

Andrew Colborn was one of several Manitowoc County cops whose testimony at the murder trial of Steven Avery was included in the blockbuster series.

In December, he sued Netflix claiming it had defamed him by splicing scenes from the court case to make it appear as though he had framed Avery for the murder of Teresa Halbach.

He is seeking unspecified damages and the case is ongoing.

On Thursday, The Hollywood Reporter published recent complaints he had made about the effect the series has had.

Manitowoc Detective Andrew Colborn is shown testifying at Steven Avery’s 2007 murder trial. He is suing Netflix, claiming it deliberately defamed him and ruined his life with its series

He claims that Netflix’s ‘distorted’ version of the truth has turned an entire nation against him unfairly and that he now has a safe room in his home because he and his family live in a permanent state of fear.

‘Barb and I … have always strived to lead a quiet and private life.

‘[Making a Murderer] destroyed that for both of us and for our family…I live in a constant state of vigilance very similar to combat or constantly being on duty as a law enforcement officer,’ he wrote in an email, referring to his wife Barbara.

They have had to move homes since the series aired in 2015.

Colborn’s allegations include claims that Netflix deliberately edited his testimony from the murder trial, swapping his answers to questions with others, to make him appear guilty of corruption.

The central thesis of the documentary series is that Avery, a junkyard owner who spent 18 years in prison for a crime he did not commit, was framed for Teresa’s murder by a group of conspiratorial cops and prosecutors who were humiliated when he got out of jail the first time. 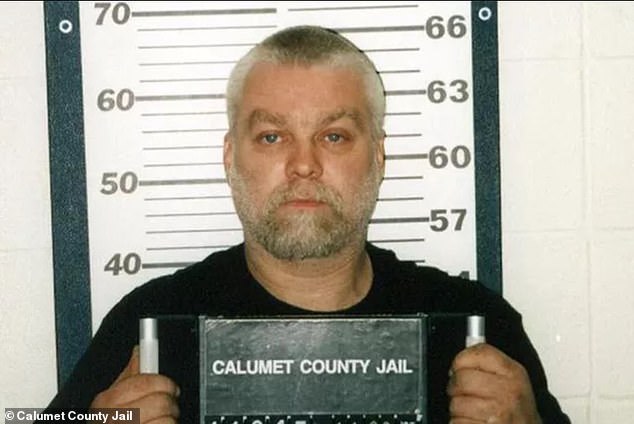 Steven Avery is still in prison on a murder charge. He spent 18 years behind bars for a crime he did not commit then was arrested for murder two years after suing the county of Manitowic for $36million 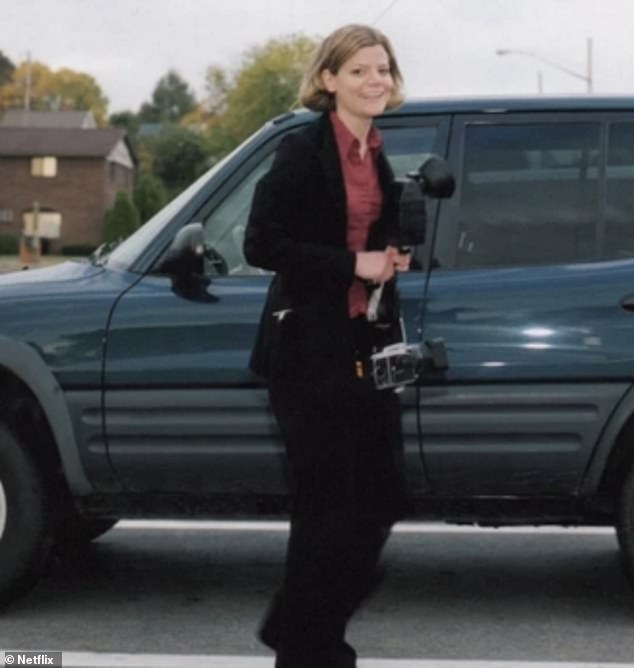 Avery is accused of murdering Teresa Halbach, a 25-year-old photographer who visited his home

The series also suggests that Avery being locked up for Teresa’s murder would also conveniently disqualify his $36million lawsuit against the county for his first conviction.

Avery is still behind bars for Halbach’s murder and the second series of Making A Murderer was released last year. 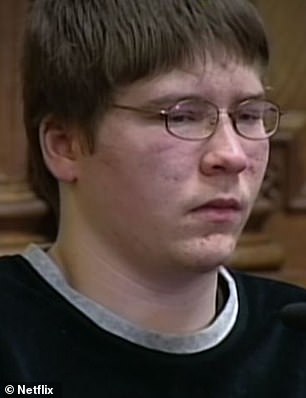 Avery’s nephew, Brendan Dassey, is also in jail on murder charges. He is shown in 2007 during the trial when he was 16

He is still filing appeals, as is his nephew, Brendan, who was also jailed for Teresa’s killing.

Since the series became a world wide phenomenon, its supposed villains – namely the cops involved and prosecutor Ken Kratz – have come out swinging.

They say Netflix deliberately omitted evidence and key pieces of testimony to support the narrative that Avery was framed.

Colborn’s lawsuit is centered around a specific scene in episode five of the first installment of the ‘Making a Murderer’ series, where Colborn is testifying about a phone call he made to police dispatch regarding the vehicle that belonged to Halbach, which was later discovered on Avery’s property.

As it’s shown in the documentary, Colborn asks dispatch on a recorded call to run a license plate number which comes back as belonging to Halbach, who had already been identified as a missing person at that point. When Colborn gets that information, he immediately can be heard saying, ‘Ninety-nine Toyota?’ which is the year and make of the car belonging to Halbach that was found on Avery’s property.

In the film, Avery’s then-lawyer Dean Strang asks Colborn about the call while he’s on the stand, and implies the way he responded to the dispatcher made it seem as though he was looking at Halbach’s car, which wasn’t said to have been discovered on Avery’s land until two days after that call.

Colborn’s lawsuit disputes how that scene was portrayed in the show, stating that Strang’s insinuation was objected to, and that objection was sustained in court at that time.

The lawsuit also states that Colborn’s affirmative response to Strang in that moment is not factually accurate, and that him saying ‘Yes’ was actually taken from a later question related to running routine license plate checks.

‘Their manipulation of this crucial line of testimony falsely conveyed to viewers that plaintiff located Halbach’s SUV somewhere other than at the salvage yard days earlier and likely assisted other law enforcement officers plant it there at a later time,’ the suit reads.

‘The impression is false and gave to viewers the exact opposite impression of what plaintiff was asked and how he responded at trial.’

Netflix did not immediately respond to DailyMail.com’s inquiries on Thursday afternoon.