Corrupt executives at Goldman Sachs built a ‘house of cards’ which was doomed to fail when they ransacked a Malaysian development fund, a court heard yesterday.

The 52-year-old banker, who has already pleaded guilty to bribery relating to the scandal, was appearing as the US government’s star witness in the case against his colleague Roger Ng.

Leissner identified Ng – the first banker to stand trial over the scandal – as a key conspirator in the plot which saw Malaysia’s 1MDB fund robbed of around £3bn. Instead of being used to benefit the people of Malaysia, the cash was used to buy luxury property, fine art and to finance the Martin Scorsese film The Wolf Of Wall Street. Jho Low, the Malaysian financier and socialite who allegedly masterminded the plot, is still on the run.

But US prosecutors claim that Leissner and Ng, who were working at Goldman as the bank helped to raise the fund, played an integral part in Low’s fraud. Leissner testified yesterday that Ng was the lead banker on 1MDB, and had cultivated a relationship with Low – the fund’s key decision maker – from 2008. Bringing in business from 1MDB, which generated £500m in fees for Goldman, made the pair ‘heroes’ at the bank, Leissner added.

The Gerbanker has already pleaded guilty to bribing government officials in Malaysia and Abu Dhabi, and was ordered to give up £32m as part of his guilty plea. He also agreed to testify against Ng, in the hope of receiving a lenient sentence.

Prosecutors allege Ng, 49, a former head of investment banking in Malaysia, made £26m in secret kickbacks, conspired to launder stolen funds through the US financial system, and deleted his personal email to cover his tracks. Ng’s lawyers claim he has been scapegoated for corporate failures at Goldman, which allowed the colossal scam to take place.

His only role was to introduce Low to ‘far more involved’ colleagues at Goldman, who escaped prosecution, they claim. But Leissner said in court yesterday: ‘If we told any bank the truth, it wouldn’t work. The house of cards would have fallen down.’

He set out how he, Ng and Low had used offshore accounts and shell companies to ‘disguise the flow of funds’ funnelled out of 1MDB, while also drawing up fake contracts with banks. Earlier this week, Ng’s defence attorney branded Leissner a ‘double bigamist’ who was using Ng ‘to get him to do his jail time’. 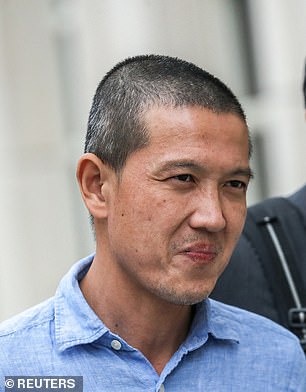 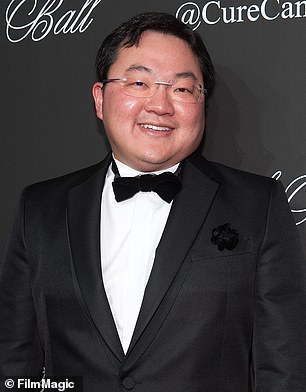 Marc Agnifilo said that Leissner, estranged husband of reality TV star Kimora Lee Simmons, was allegedly ‘married to two different women at the same time, twice’. He added that Leissner had an ‘illicit’ relationship with 1MDB’s general counsel, Jasmine Loo, and said: ‘Leissner uses women, he uses false intimacy, and now he’s trying to use my client to get him to do his jail time.’

The 1MDB scandal shone a spotlight on the glitzy world of America’s high-flyers. In 2012, Low threw an opulent 31st birthday bash which the Wall Street Journal dubbed the ‘wildest party Vegas ever saw’.

Attended by the likes of Leonardo DiCaprio, Paris Hilton and Kim Kardashian – as well as Leissner – the party featured Britney Spears bursting out of a cake. Just months earlier, Low had reportedly bought Kardashian a white Ferrari as a birthday present. But his reputation soon came crashing down, as details of the 1MDB scandal began to emerge in 2015.

Goldman was fined a record £2.2bn by regulators from the US and the UK to Singapore and Hong Kong in 2020, as it was accused of turning the Malaysian development fund ‘into a piggy bank for corrupt public officials and their cronies’. Goldman earned almost £500m from its work on 1MDB, as it helped the fund raise billions of dollars from selling bonds to investors.

It has been forced to return the money. Between 2009 and 2014, the bank conspired to pay more than £1.2bn looted from the fund to bribe officials in Malaysia and Abu Dhabi, so they would give Goldman more business. If convicted, Ng faces up to 30 years in jail.