From PM to shopping run: Malcolm Turnbull cuts a lonely figure as he goes unrecognised on a stroll in a Kathmandu puffer vest with a Coles shopping bag

Malcolm Turnbull cut a lonely figure as he went for a stroll along Sydney’s waterfront carrying a Coles tote bag.

The former prime minister, fresh from launching his new book A Bigger Picture, made his way through Rushcutters Bay in the city’s upmarket eastern suburbs checking his mobile on a brisk Wednesday morning walk. 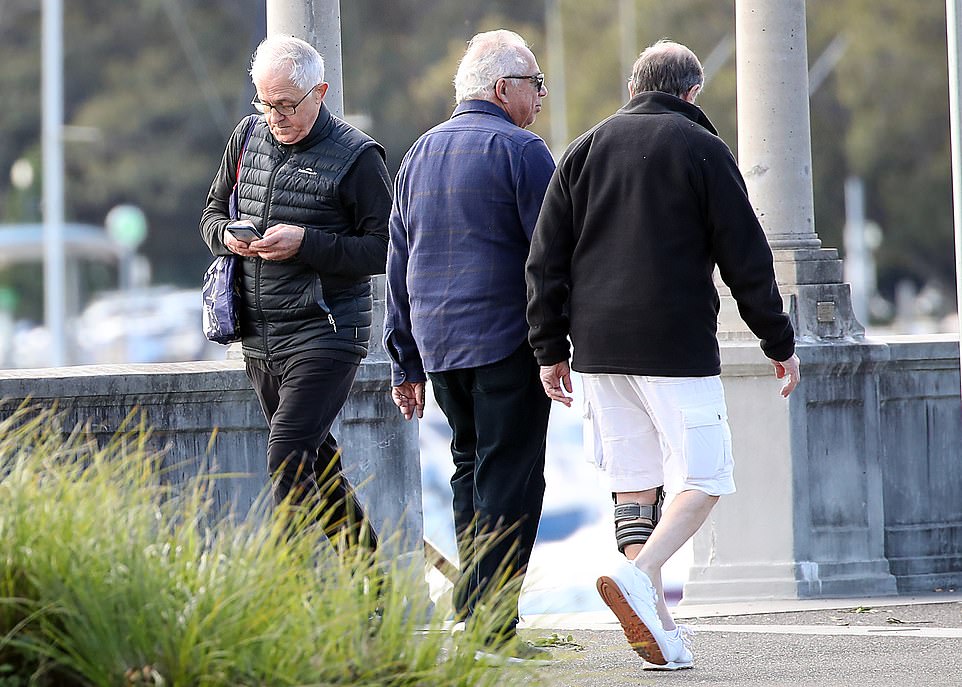 The park is just a short stroll from his exclusive Point Piper mansion on Sydney Harbour.

The Turnbulls bought the Mediterranean-style home in 1994 for $5,425,000 and renovated it with architect Michael Suttor shortly after, Domain reported.

The home was built in the 1930s and retains many ornate features from the period, including arched roof tiles, windows and wrought-iron gates.

The exclusive harbourfront home was sold by the late socialite Klara Saunders, who was married to Westfield Holdings director John Saunders.

The property, set on 1940 squares metres of waterfront land, boasts a swimming pool,  boat shed and a private jetty.

When he became Australia’s prime minister in 2015, after deposing Tony Abbott in a leadership spill, Mr Turnbull opted to stay at his sprawling mansion instead of making his way across the harbour to live at Kirribilli House on the lower north shore.

Doing so would have seen him have to downsize, a situation other prime ministerial occupants didn’t have to contemplate.

Removalists were spotted bringing boxes of Mr Turbull’s prized possessions back home from Canberra in August 2018 after his dramatic exit from politics. 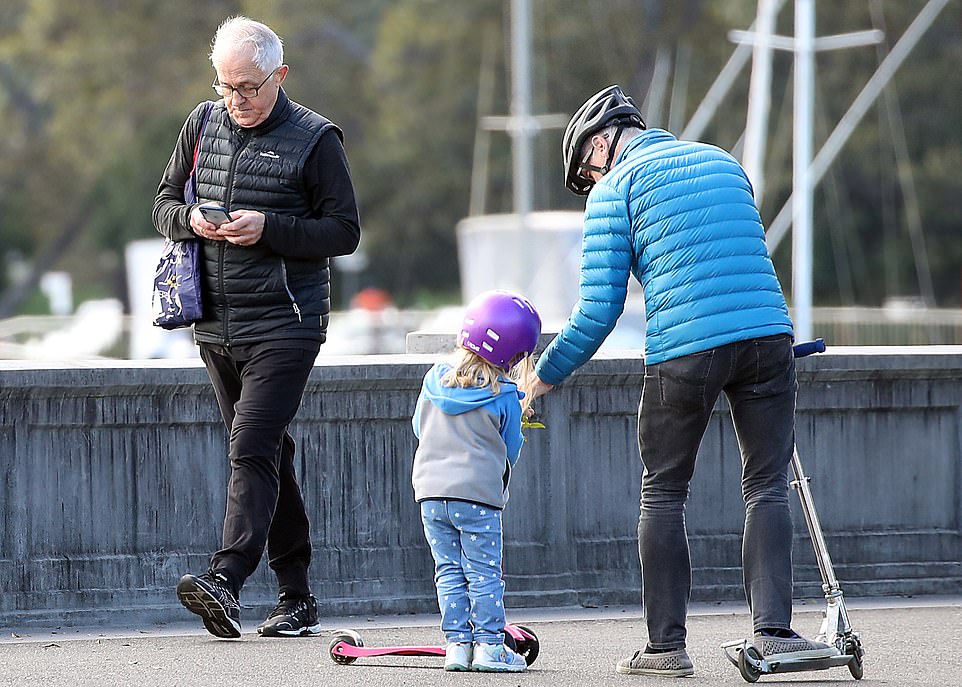 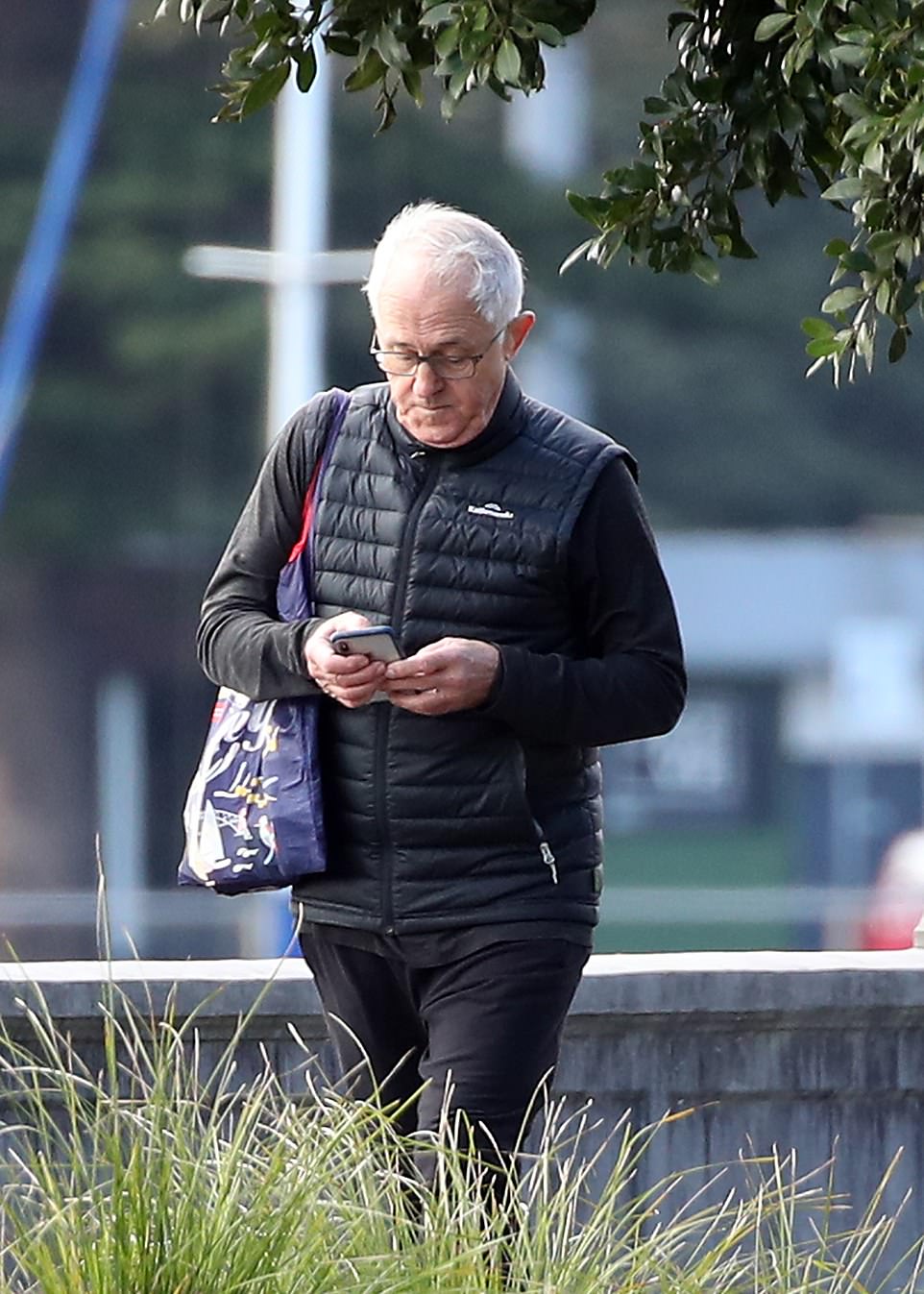 Mr Turnbull (pictured) was seen on his phone at Rushcutters Bay on Wednesday morning, the park is near his Point Piper estate on Sydney Harbour

He spoke of suffering from depression more than a decade ago as Labor’s plan for an emissions trading scheme divided the Liberal Party and destroyed his leadership.

After serving as communications minister, Mr Turnbull in September 2015 overthrew his conservative nemesis and long-time political rival Mr Abbott in a leadership coup.

In his book Mr Turnbull, a former journalist and merchant banker, claimed Mr Abbott’s chief-of-staff Peta Credlin ‘owned’ her boss and was the person who was really running Australia.

The book also dissected Mr Turnbull’s tumultuous final week of leadership in 2018, when he was dumped and replaced by Scott Morrison in a leadership contest initially sparked by Peter Dutton. 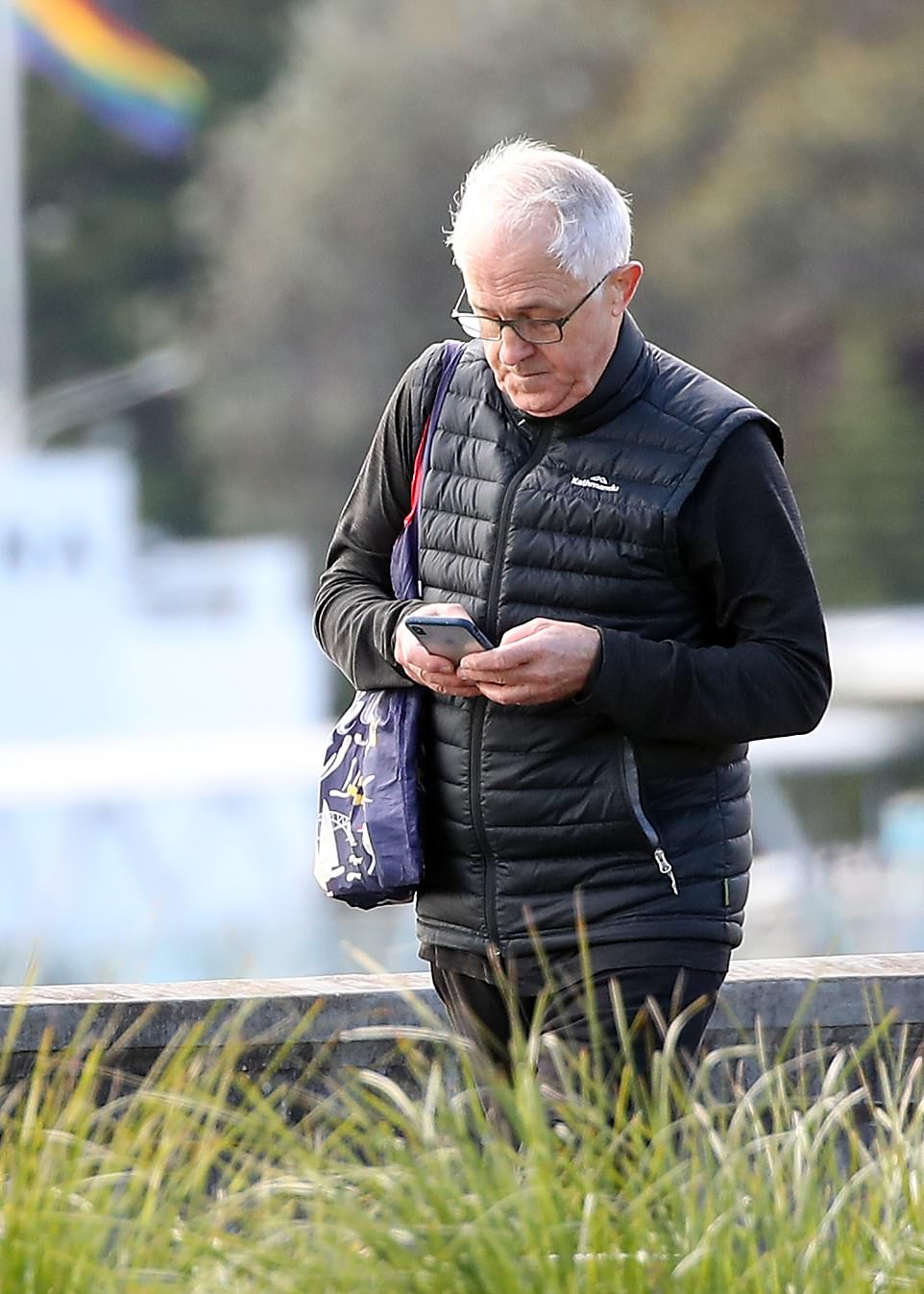 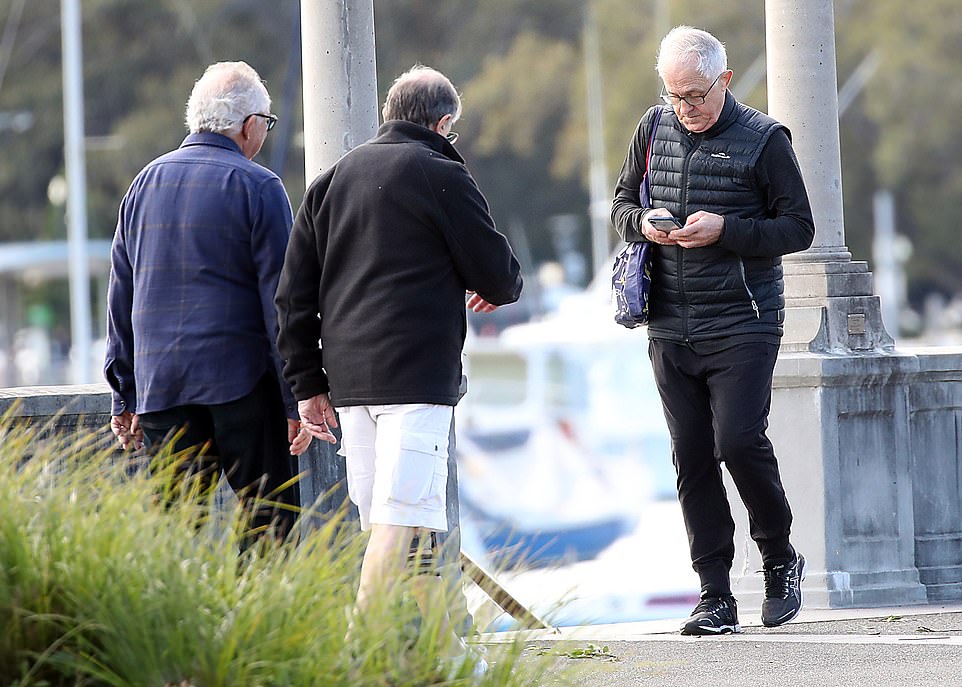 He walked past local residents while looking at his phone wearing black sneakers, black track pants and a Kathmandu gilet