Malcolm Turnbull has confirmed a new deputy prime minister will not be appointed and Foreign Minister Julie Bishop will act as prime minister during his trip to Israel.

‘Julie Bishop will be acting Prime Minister while I will be overseas, and Nigel Scullion has been appointed interim leader of the National Party,’ Mr Turnbull said in a press conference on Saturday.

He also took the opportunity to discuss what would happen in the morbid circumstance of him falling ill or being killed during his trip overseas.

In the rare event, he explained Scullion would be appointed to the top position.

But during his impending expedition, he said after deliberation with Mr Scullion, it was decided Ms Bishop would be an appropriate temporary fill-in.

‘Nigel and I, having thought about this and discussed this carefully and with our colleagues, we’ve agreed in these special interim circumstances, Julie will be acting PM while I’m away.’

Mr Turnbull also ensured he would continue his prime ministerial duties while abroad, and Ms Bishop would be solely used for the purpose of fulfilling physical orders of business. 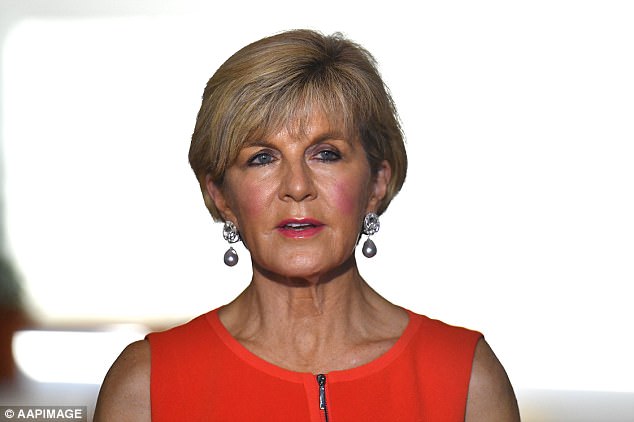 ‘Julie Bishop (pictured) will be acting Prime Minister while I will be overseas, and Nigel Scullion has been appointed interim leader of the National Party,’ Mr Turnbull said on Saturday 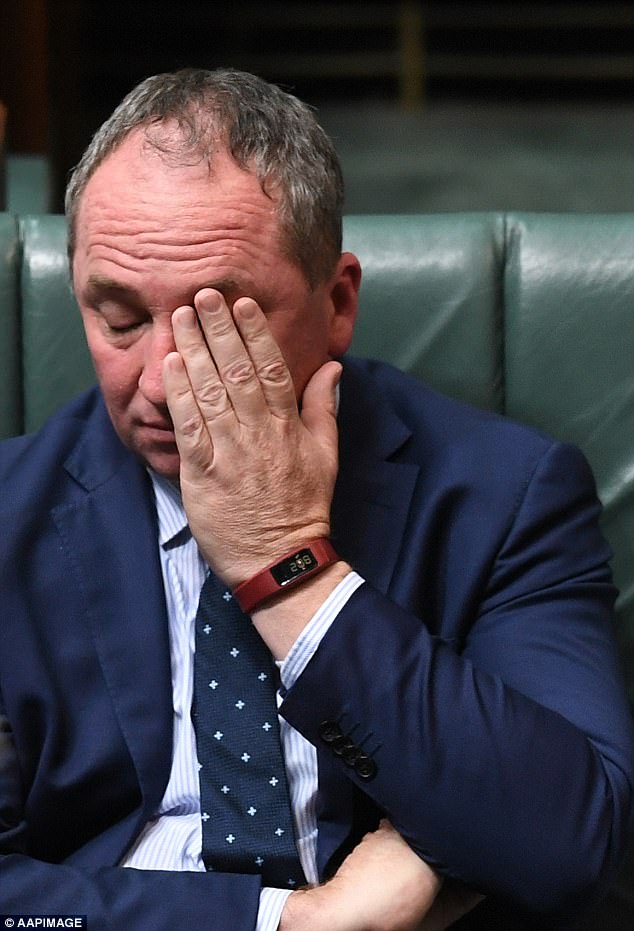 ‘The acting prime minister is a role that is really designed to cover circumstances where, for example, it was urgent for a document to be signed, with my consent, obviously, but I’m not in the country to sign.’

Former deputy prime minister Barnaby Joyce would have filled the top position, had he not been among the five disqualified by the High Court on Friday.

‘Barnaby Joyce remains the leader of the federal Nationals but he is not currently in the parliament and therefore the normal order of precedence in terms of acting Prime Minister falls to Julie Bishop as deputy leader of the Liberal Party and Foreign Minister.’

Mr Turnbull’s trip to Israel is set to go ahead as planned despite the Government’s citizenship scandal, which Labor’s Penny Wong labelled ‘utter chaos’.

He is set to meet Israeli and Palestinian leadership and attend business events for the centenary of the Battle of Beersheba, the first by an Australian leader since 2000. 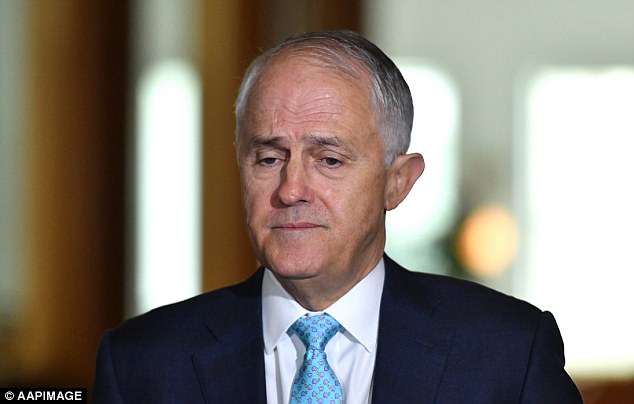 Mr Turnbull’s trip to Israel is set to go ahead as planned despite the Government’s citizenship scandal, which Labor’s Penny Wong labelled ‘utter chaos’

A senior spokesperson for interim Nationals leader Nigel Scullion said no current member of parliament would be sworn in or appointed as the deputy prime minister, with Barnaby Joyce expected to return to the role pending a successful by-election outcome.

‘In terms of the spirit of the (Coalition) agreement, I think it’s black and white. There’s no doubt about that,’ the spokesperson told AAP on Saturday.

‘As of today, it is held in abeyance,’ Mr Chester told the ABC on Saturday.

‘We think (Barnaby Joyce) will do very well in the by-election. He will then resume as deputy prime minister.’

The by-election in New England will be held on December 2.