‘My dream is to make history’: Malcom hoping for more game time after scoring first Barcelona goal during draw against Inter Milan

Malcom is hoping to ‘make history’ at Barcelona after netting his first goal for the club in the 1-1 draw with Inter Milan on Tuesday.

A big-money summer signing from Bordeaux, Malcom had played just 25 minutes of league action for his new side heading into the Champions League clash at the San Siro after suffering early teething problems in his adaptation.

But the Brazilian winger, who scored shortly after coming off the bench in Italy, now wants to use his maiden goal as a Barcelona player as a catalyst for bigger and better things. 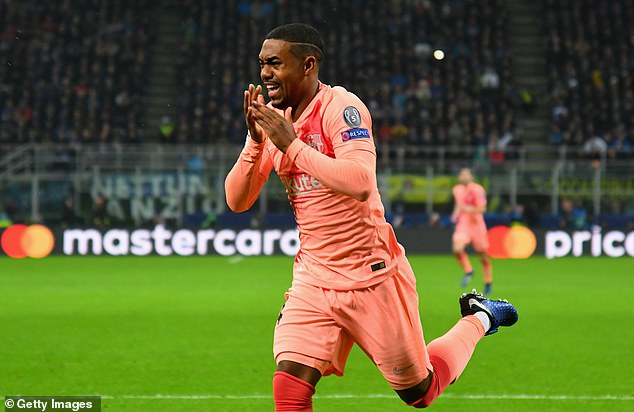 ‘Barcelona was a dream I had as a child,’ Malcom told Mundo Deportivo.

‘To debut in the Champions League and score a goal, I will celebrate with the family.

‘My dream at Barca is starting, my dream is to make history and do great things.

‘I have to thank the group for giving me confidence. I want to play more. Every day I train to be able to show that I have the quality to be in this group.’ 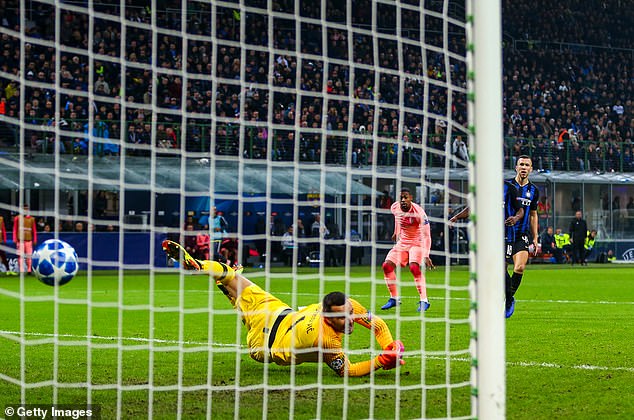 Shorn of star man Lionel Messi at the San Siro, Barcelona struggled to break down their resolute hosts for long spells until Malcom’s curled effort into the far corner on 83 minutes.

The 21-year-old, however, was not to be the match-winner as Mauro Icardi fired a late equaliser for Inter.

The draw leaves Barcelona three points clear at the top of Group B, and crucially six clear of third-placed Tottenham, with just two matches to play.

Malcom will hope to pick up where he left off when Ernesto Valverde’s men face Real Betis at home on Sunday.