Malcolm Turnbull has been urged to resign from the Liberal Party after he donated $3,000 to an independent candidate fighting the government in the Upper Hunter by-election.

New South Wales Deputy Premier John Barilaro has called the former prime minister ‘treacherous’ and a ‘disgrace’ after he threw his support behind anti-coal farmer Kirsty O’Connell in the seat held by the National Party.

Mr Turnbull owns two huge farms in the region and wants to stop the local Mount Pleasant coalmine from being expanded because he claims it would ruin his air quality and views.

Mr Barilaro’s National Party – which is in Coalition government with Gladys Berejiklian’s Liberal Party – slammed the former prime minister and said he should no longer be a member of the Liberals.

‘On the eve of this election… he continues to show this level of treachery,’ he told 2GB Radio on Thursday.

‘This is his track record. He’s a destroyer not a builder,’ he said.

Since he was booted out of office in August 2018, Mr Turnbull has become a vigorous climate change campaigner, regularly attacking the federal government over its energy and emissions policies. 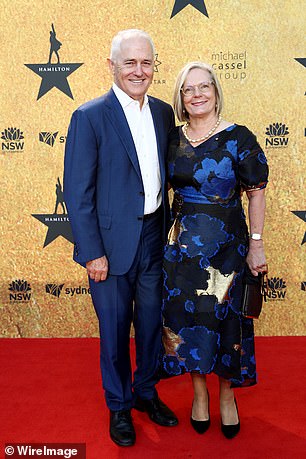 He has backed Ms O’Connell with the maximum allowable donation because she is opposed to the expansion of mines in the coal-rich region four hours north-west of Sydney.

Last month Mr Turnbull wrote to the NSW government to slam a proposal to keep the Mount Pleasant coalmine open until 2048.

Mr Turnbull said he wrote the letter as a concerned private citizen with a house in the area.

‘For nearly forty ears we have owned East Rossgole a 2,700 acre grazing property which sits on and below the Rossgole Plateau directly to the north of the Mount Pleasant mine and which is adjacent to the proposed expansion of that mine,’ the letter said.

‘The existing mine, and others in the area, have already done considerable damage to the local environment with worsening air quality, depleting groundwater and rendering much of the beautiful Upper Hunter pastures a blasted lunar landscape.’

Mr Turnbull inherited the sprawling property, which contains 21 paddocks, stables and cattle yards, from his father Bruce in 1987.

He also owns Scotts Creek, a 5,000-acre farm about an hour north, which he tried to sell for $6.5million in 2019 before rejecting the highest bid of $6million.

The property listing said the farm usually carried about 600 cows and contained a three-bedroom house for the manager. 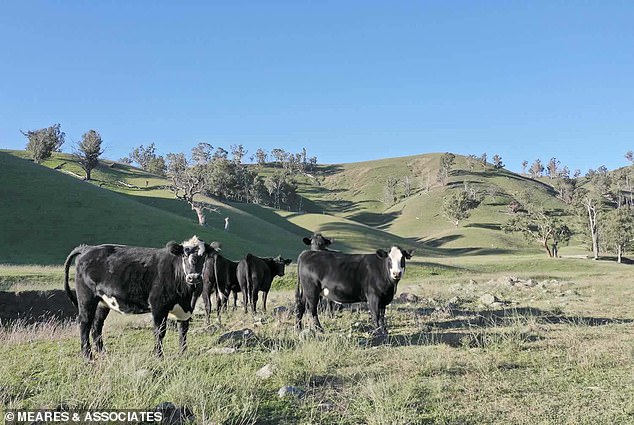 Malcolm Turnbull owns Scotts Creek (pictured), a 5,000-acre farm, which he tried to sell for $6.5million in 2019 before rejecting the highest bid of $6million 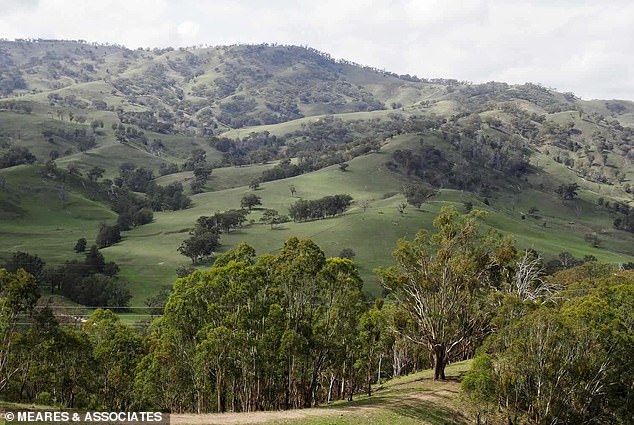 The property listing said the farm usually carried about 600 cows and contained a three-bedroom house for the manager. Pictured: Scotts Creek

When Mr Turnbull announced his support for Ms O’Connell earlier this month, Mr Barilaro was enraged.

‘The arrogance of Malcolm Turnbull knows no bounds,’ he said.

‘It is one thing to lecture regional communities from the comforts of his Point Piper mansion, but to parade himself across the Upper Hunter and actively campaign against the livelihoods of thousands of people… He is an absolute disgrace.’

Mr Turnbull hit back, saying he was loyal to the Liberals not the Nationals and that Ms O’Connell and Ms Berejiklian would work well together in parliament.

‘For Barilaro to talk about loyalty is laughable… he opposed the Liberal candidate in [the federal by-election in] Eden Monaro, he called on me to resign as prime minister in 2017, he’s threatened to blow up the Berejiklian government on numerous occasions.

‘There is no individual in New South Wales who has done more to destablise the Berjiklian government than John Barilaro,’ he said.

The Upper Hunter by-election was sparked by Nationals MP Michael Johnsen’s resignation in March after he was accused of raping a sex worker in 2019.

Mr Barilaro is urging Nationals’ voters to vote one on Saturday only ‘to make sure that your preferences aren’t being skewed to a candidate that you don’t have any idea of or any will to support’.

Polling suggests the result in the previously blue ribbon Nationals seat in the coal mining community will be decided on preferences with a razor thin margin between the leading candidates. 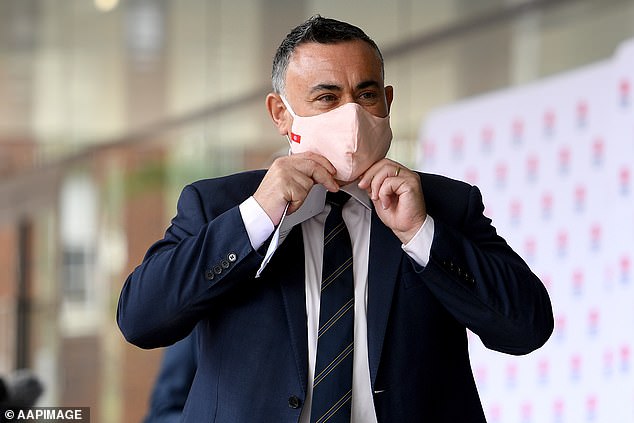 Mr Barilaro said he had tried and failed to get Ms O’Connell to preference the Nationals and now fears ‘the ugly web of preferences’ could see her supporters’ preferences go to Labor.

‘She asked for a moratorium on coal… she’s anti-mining and anti gas… and that was the end of that conversation,’ he said.

Support for Ms O’Connell is just six per cent and she has declined to preference the major parties.

However, Labor is hoping to pick up her preferences with brochures saying: ‘Voting Kirsty O’Connell? Vote 2 Jeff Drayton’.

Last week a fourth government MP was forced to move to the crossbench, leaving the Berejiklian government in minority.