Malia Obama stars in the recently released music video for the New Dakotas ‘Walking On Air.’

The former first daughter sings, plays harmonica and even headbangs in the video, which casts her as one of the musicians trying out for a spot in a band.

This is no video vixen appearance though, and Malia is seen in the same uniform she wears while strolling around the Harvard campus – jeans, an oversized fleece and a black beanie with combat boots.

Spotlight: Malia Obama, 19, stars in the music video for the New Dakotas song ‘Walking On Air,’ which shows the former first daughter auditioning to be in a band (Malia in video above) 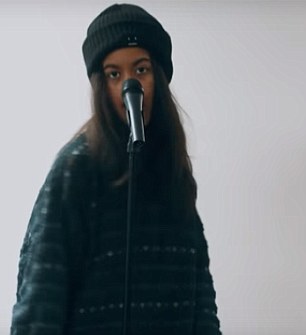 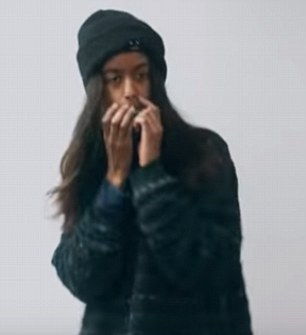 Ready for her closeup: She sings on the mic, headbangs and plays the harmonica in the video, which was released earlier this week 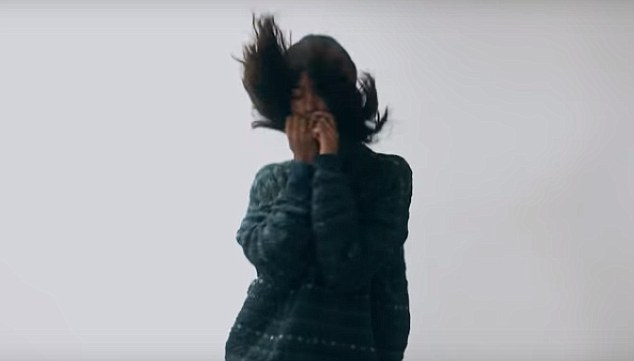 Rage against the machine: The New Dakotas are all upperclassmen at Harvard, the Ivy League university that Malia attends as a sophomore (Malia headbangs and harmonicas above)

This is certainly a huge boost for the band, who have already amassed an impressive following around the Boston area.

They are all upperclassmen at Harvard, and it is not quite clear if Malia is friends with the boys or just a fan.

Malia may also have gotten the gig through director Brett McLoughlin, who runs a company called Phaneron Media and is also a Harvard classmate.

The former first daughter has made it clear she wants to pursue a role in the entertainment industry after college.

Malia has already built up an impressive resume thanks to summer internships on the set of the Halle Berry television series Extant and Lena Dunham’s HBO series Girls while she was still in high school.

She took a break though from the grind of show business after high school to try and enjoy her graduation.

Then, halfway through her gap year, she took a job at the now-defunct Weinstein Company.

President Obama shared how difficult it was to say goodbye to his daughter when she left home during a speech he delivered at the United States of Women Summit this back in June 2016.

‘Some of you may know that on Friday, my elder daughter Malia graduated from high school. And I sat in the back and wore dark glasses,’ said President Obama.

‘And I only cried once, but it was, I made this weird sound because I was choking back, and people looked at me. People sitting in front of us turned back, and then I suppressed it.’

The First Lady was also at the event, and spoke about her daughters growing up in the White House during what was billed as an ‘armchair conversation’ with Oprah Winfrey.

‘So you remember Malia and Sasha were little itty-bitties when we came into office. I mean, it still moves me to tears to think about the first day I put them in the car with their Secret Service agents to go to their first day of school. And I saw them leaving, and I thought, “What on earth am I doing to these babies?” the First Lady said to Winfrey.

‘So I knew right then and there my first job was to make sure they were going to be whole and normal and cared for in the midst of all this craziness. And then I started to understand that if I was going to protect them, I had to, number one, protect myself and protect my time.’