Mallorca recorded a famous victory over Real Madrid as Zinedine Zidane’s team slipped to their first defeat of the season.

With injuries and one eye on next week’s crucial Champions League must-win game away to Galatasaray he had picked a second-string team and paid the price.

Madrid’s newly-promoted rivals, with the smaller wages budget in the top-flight (Madrid have the second biggest), had not won this fixture since 2006. The last time they beat Madrid the club’s president Florentino Perez (in his first spell at the club) resigned the following week.

There will be no resignations after this defeat but it was a reminder that Madrid’s squad is struggling to cope with international breaks, the importance of Champions League fixtures, and a very competitive division.

Mallorca got themselves in front when Lago Junior cut inside Alvaro Odriozola and curled a right-footed shot past Thibaut Courtois.

The former Chelsea keeper’s shots-saved ratio does not get any better. He came into the game having conceded 11 goals from 23 efforts, this made it 12 in 24 according to Spanish football statistician Mister Chip. 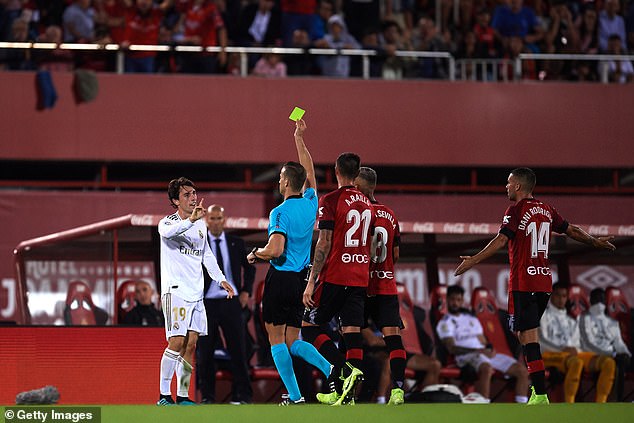 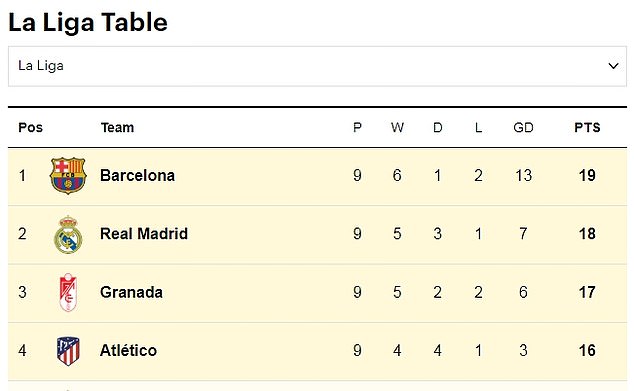 The net bulged again on 15 minutes when Ante Budimir scored but he was correctly flagged offside.

With Gareth Bale, Luka Modric, Toni Kroos all out, Raphael Varane rested on the bench, and Eden Hazard missing on paternity leave it was the B-team in action with the responsibility on the shoulders of James Rodriguez, Isco and Luka Jovic to get a win against the island minnows.

James at least was playing his part pinging sublime passes from midfield. He had already played in Vinicius when he dropped his next gift into the six-yard box and Karim Benzema hooked it on to the bar.

There was little else to shout about from Madrid and Budimir had another chance to make it 2-0 but he headed Fran Gamez’ cross wide. 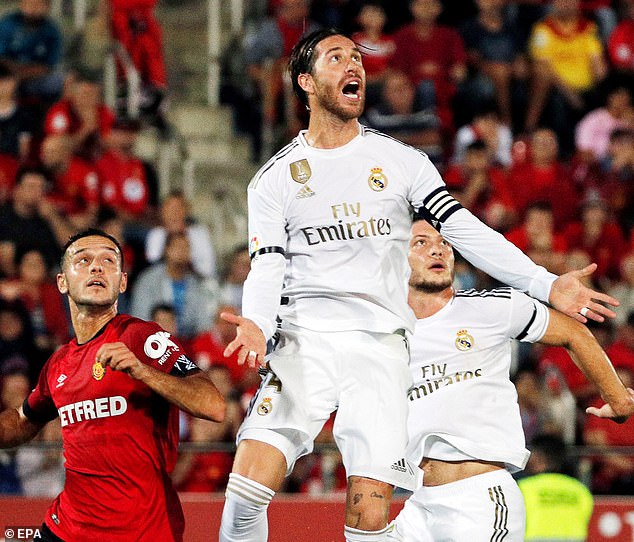 Madrid had some joy down the left in the first half through Vinicius but even that was drying up in the second period and there was still no news of Isco or Jovic who were both taken off as Zidane sent on Rodrygo Goes and Fede Valverde.

Jovic cost 60m euros last summer but has so far failed to score much less look the same player that was so prolific at Eintracht Frankfurt. For their part Mallorca brought on Takeshi Kubo who is on loan from Real Madrid.

Things got even more difficult for Real Madrid when Odriozola picked up a second yellow for a foul on Lago and they were reduced to 10-men. Former Manchester City forward Brahim Diaz came on for Vinicius but there were now just six minutes of normal time remaining.

Mallorca saw out the time and their supporters could enjoy a famous night that will bring back those memories of 13 years ago when they humbled Ronaldo and Raul. Zinedine Zidane was on the pitch for Madrid that night. This time he suffered, watching from his technical area. 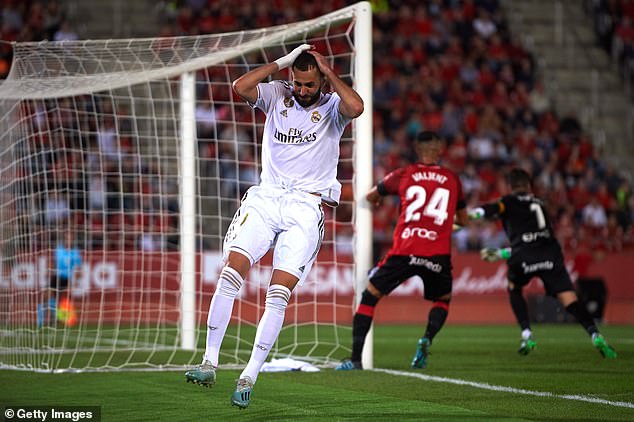