Police arrested a 19-year-old man in a 5am raid this morning as a two-year-old boy fights for his life in a coma after a gunman opened fire in a street.

The suspect was taken into custody on suspicion of attempted murder after Scotland Yard detectives carried out dawn raids at two North London homes.

It comes after the boy suffered a wound to the neck as the attacker sprayed bullets in a ‘wanton act of indiscriminate violence’, hitting three other people.

Police have pleaded for information on the ‘abhorrent’ attack in Harlesden, North West London, on Wednesday night after the shooter got away on a motorbike.

The boy, his mother, grandmother and two male teenagers had been walking to the older woman’s home in a cul-de-sac at the time.

A relative said the attacker carrying a handgun shot 19-year-old Rynell Seaton in the arm, before firing at the other man, Juane Youngsam, 18, as he fled.

The shooter then allegedly turned his fire on the mother, 27-year-old Piera Hutton, and the toddler as they tried to get away.

The grandmother, Lilian Serunkuma, escaped without injury. ‘The baby is in a coma,’ the relative added. ‘I hope he pulls through.’

Residents were startled by screaming – including from the mother – as they rushed to help the victims after the shooting at 9.45pm on Wednesday. 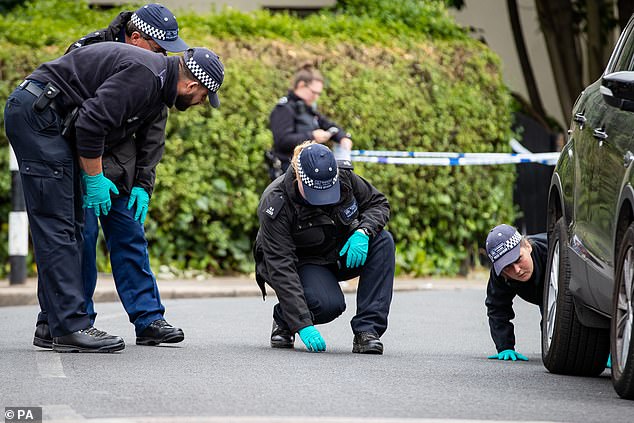 They told of their shock at seeing the ‘baby boy’ being taken into an ambulance wrapped in a silver rescue blanket.

Valerie Miller, 63, who lives yards from the scene, said: ‘It was very disturbing and quite unsettling.’

One of the men was seen being given first aid from a neighbour after a bullet appeared to pass through his shoulder. This morning, the toddler was in a ‘serious but stable’ condition at a central London hospital.

The injuries suffered by Miss Hutton and the two men were not life-threatening. 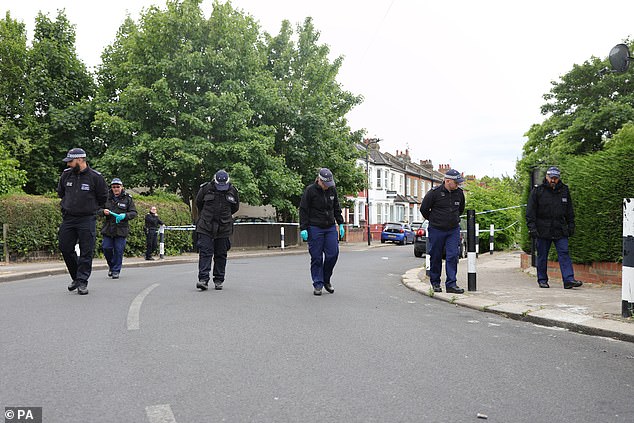 A witness said the gunman, wearing a helmet and black clothes, fled on a motorbike driven by an accomplice.

Yesterday, it emerged that the family have campaigned against violent crime in London after a teenage relative was stabbed to death three years ago.

Detective Chief Inspector Rick Sewart, of the Metropolitan Police’s Trident gang crime unit, said of the latest attack: ‘As a result of this terrible crime an innocent two-year-old boy is now seriously ill in hospital. This child was shot in a wanton act of indiscriminate violence.’ 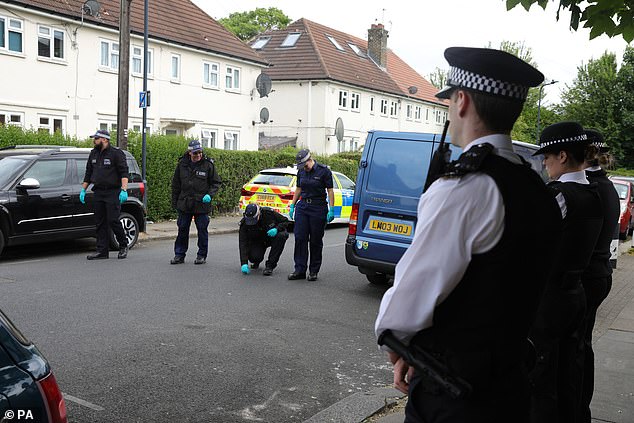 Roy Smith, the Met’s north west borough commander, said: ‘As a child is battling for their life I urge everyone in the local community to support us by coming forward with any information that will help us make arrests.’

Extra armed patrols will be deployed in the area to calm residents’ fears. A Section 60 order giving police stop and search powers was put in place.

‘This child was shot in a wanton act of indiscriminate violence. I know that people will be shocked and horrified that a little boy should be the victim of a gunman and I need the community to show their support for him, and his family, by telling police what they know. 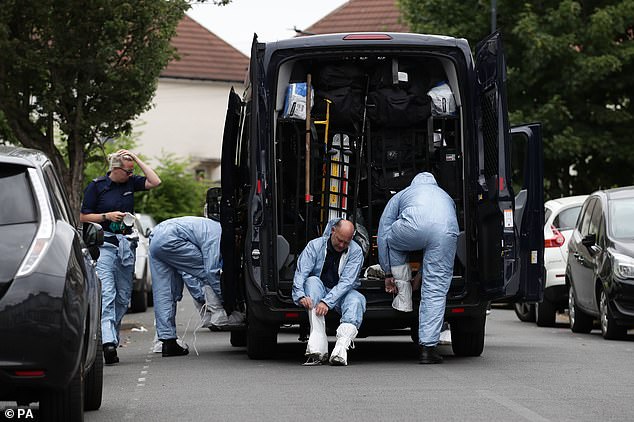 ‘Anyone giving information will be fully supported and if you don’t want to give your name you can call Crimestoppers, which is totally anonymous.

‘But however you want to do it, make that call, and anyone who is doubtful should think of that little boy and his family’s anguish.’

Dawn Butler, the Labour MP for Brent Central, said: ‘We do not want criminal activities, killings or antisocial behaviour in Brent. We are a strong and vibrant community.’

North West Borough Commander Roy Smith, said: ‘This violent incident in itself is shocking but even more abhorrent is the fact that one of the victims is a young child. 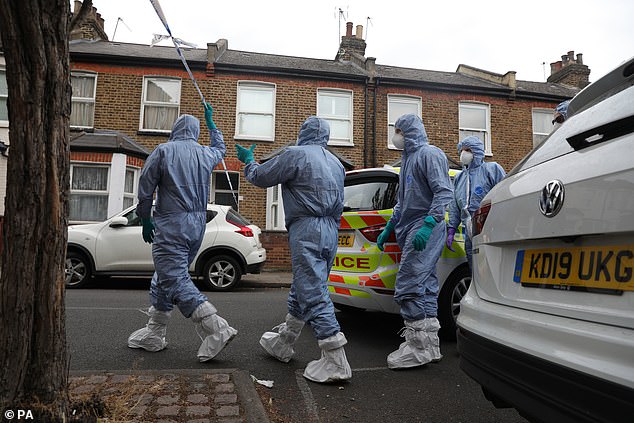 ‘We are doing all that we can to bring these criminals to justice and I am working closely with the senior investigating officer from the Met’s Trident Command who is leading the investigation.

‘The Trident team are being supported by specialist detectives from across the Met along with officers from the North West Command Unit.

‘We want to hear from anyone who might have any information which could help the investigation no matter how insignificant they feel it is.

‘As a child is battling for their life I urge everyone in the local community to support us by coming forward with any information that will help us make arrests.’

Any witnesses or anyone with any information is asked to call police on 101 or contact the force via Twitter @MetCC with the reference CAD 8326/03JUN. To give information anonymously, contact Crimestoppers on 0800 555 111 or here