A man riding an electric scooter in Washington DC was killed on Friday after being struck by an SUV, marking the capital’s first death involving a shared e-scooter since services started this spring.

Carlos Sanchez-Martin, 20, of Silver Spring, Maryland, was riding on the southwest side of the busy Dupont Circle at 10am he had a run-in with a silver BMW X3.

The rider was dragged around 20 yards and found himself pinned under the SUV, leaving the distinctively green Lime scooter, a shoe and headphones in the roadway.

Tragic death: Carlos Sanchez-Martin, 20, of Maryland, was struck by a BMW SUV in Washington DC on Friday while riding this Lime electric scooter 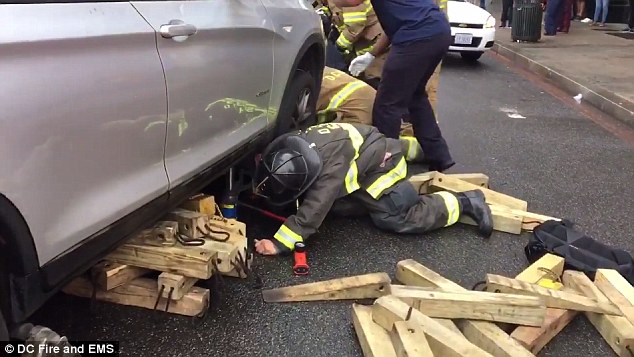 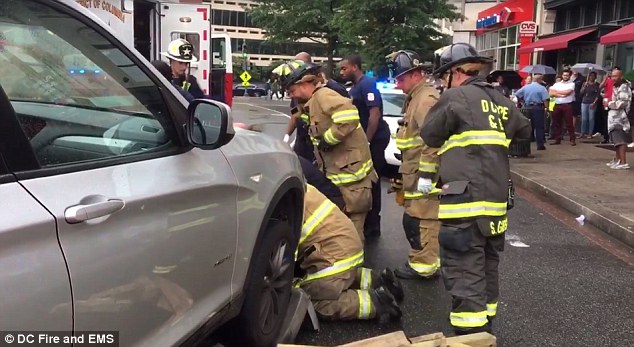 The driver of the silver BMW remained at the scene, but so far no charges have been filed

It took firefighters about 15 minutes to extricate the victim from underneath the vehicle, and he died at a hospital a short time later.

The SUV’s driver, who has not been named, stayed at the scene. No charges have been filed in Sanchez-Martin’s death as of Monday morning.

Lime is one of three businesses that offer electric scooters for rent in Washington. A company spokesperson says Lime has offered its support in connection with the investigation.

Lime’s scooters can reach a top speed of 14.8mph. While the company recommends that its riders  wear helmets, DC law does not require it, reported The Washington Post.

Washington had recorded 26 fatalities as of Friday. Sanchez-Martin’s death was classified as a pedestrian crash. 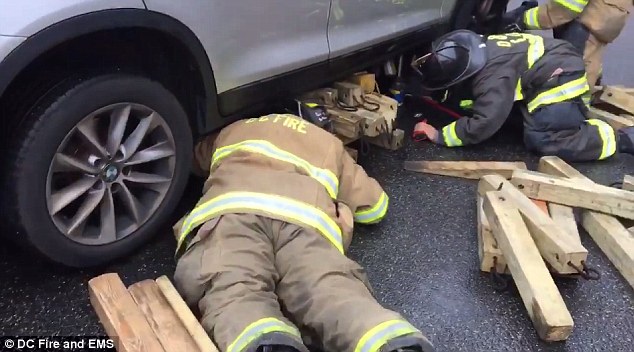 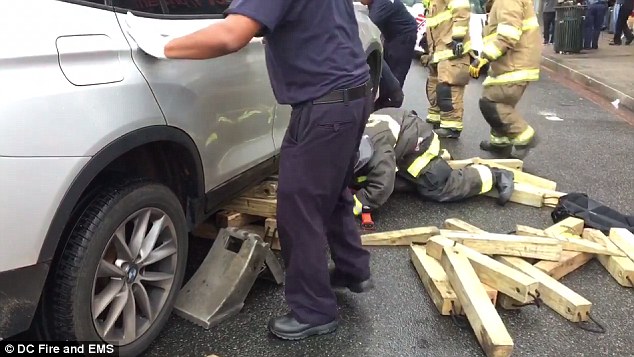 Lime recorded its first fatality on September 1 in Dallas, where a 24-year-old rider fell off his rented scooter and suffered fatal head injuries. The unnamed victim was not wearing a helmet and the manner of death was ruled an accident.

Data from the US Consumer Product Safety Commission shows that between January 2013 and August 2018, more than more than 95,000 people ended up in emergency rooms all across the country after suffering injuries related to electric scooters or hoverboards.