Man, 22, dies after falling from jet ski in Devon in third seaside fatality this week

Man, 22, dies after falling from jet ski in Devon in third seaside fatality this week

A 22-year-old man has died after falling from his jet ski off the coast of Devon last night, the RNLI have confirmed.

Emergency services were called out to the seaside town of Teignmouth following reports that a man was involved in an incident while operating his jet ski at around 9.40pm on Tuesday.

The casualty, who was from High Wycombe, Buckinghamshire, was taken to Torbay District Hospital where he was later pronounced dead.

The incident comes in the same week a teenage girl and a man died on the same stretch of Cornish coastline in a Bank Holiday tragedy.

Emergency services were called to the seaside town of Teignmouth (pictured), Devon, on Tuesday following a 999 call reporting a man in the water after falling off a jet ski 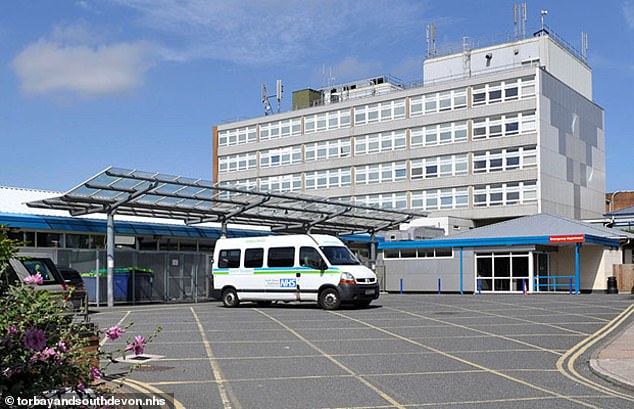 The RNLI said it notified police at around 9.40pm on Tuesday while the coastguard and ambulance crews also attended the scene and carried out CPR.

An RNLI spokesperson said: ‘Teignmouth RNLI lifeboat crew received a request to launch at 9.17pm yesterday (26 May) following a 999 call reporting a person in the water after falling off a jet ski.

‘The lifeboat crew responded along with the Teignmouth Coastguard Rescue Team, South Western Ambulance Service and Devon and Cornwall Police.

‘The volunteer crew investigated and located a casualty in the water who was taken aboard the Atlantic lifeboat and returned to the lifeboat station. The casualty received initial casualty care from crew members and was taken to hospital by ambulance.’

His next of kin has been informed.

A statement on Devon and Cornwall Police’s Twitter page read: ‘A 22-year-old man has died after a jet ski incident in the sea at #Teignmouth last night. Police are appealing for any witnesses to get in touch via 101@dc.police.uk or by telephone on 101.’ 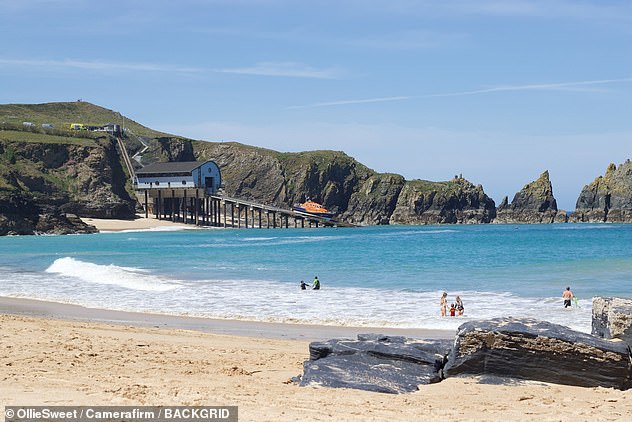 On Monday, emergency services were called to Treyarnon Bay, Padstow (pictured), at around 2.30pm, when a man was pulled from the water by a member of the public 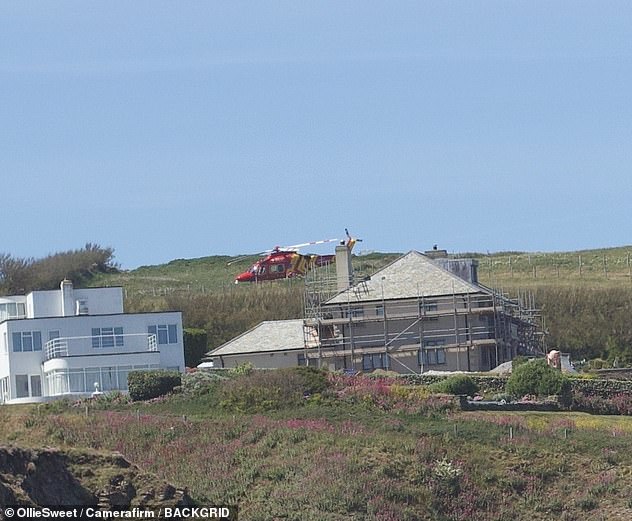 The death is not being treated as suspicious and police are preparing a file for HM Coroner.

The incident follows the death of a 17-year-old girl who got trapped under a capsized inflatable dingy on Bank Holiday Monday.

In a separate incident on the same day, emergency services attended another tragedy at Treyarnon Bay, Padstow when a man was pulled from the water by a member of the public.

Both of the deaths in North Cornwall followed warnings for the public to stay out of the water as a combined huge swell and a lack of lifeguard cover was described as a ‘perfect storm.’

The RNLI chief executive later published an open letter calling for the government to close some beaches to prevent further tragedies.

Chief Inspector Ian Thompson, of Devon and Cornwall Police, said at the time: ‘These are extremely upsetting circumstances and our thoughts go out to all involved.

‘It has been a very tough day for local emergency services and we are asking for anyone with information on the above incidents to contact police.’