Man, 22, is shot at memorial for teens slain in drive-by shooting at a Brooklyn basketball court

Man, 22, is shot while attending memorial in Brooklyn park for two teens who were killed while playing basketball in a drive-by shooting the previous day

A 22-year-old man has been shot while attending the vigil for two teenagers who were fatally gunned down in the same area the previous day.

The shooter reportedly walked up to the victim in George Walker Jr. Park in Brooklyn on Monday around 10.30pm and fired into his left shoulder.

The perpetrator then fled the scene opposite 66 Vermont Street near Jamaica Ave in Cypress Hills, the same location where Kleimer Piron, 16, and Anthony Villa, 18, were shot dead on Sunday evening. 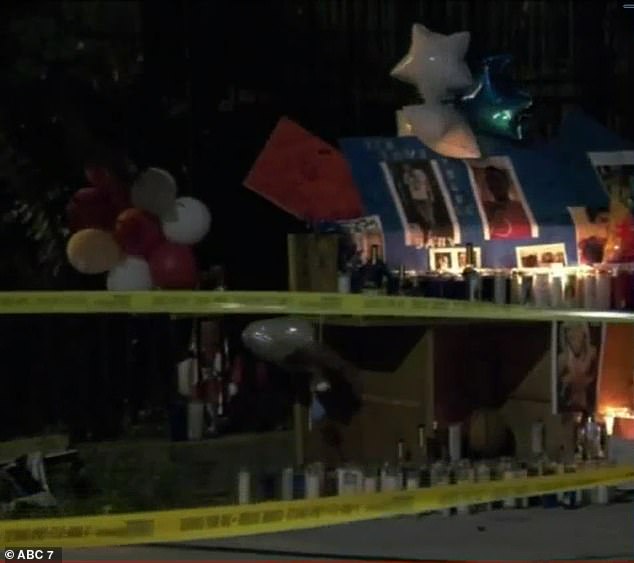 A 22-year-old man was shot in the shoulder while attending the vigil on Monday at 10.30pm in George Walker Jr. Park in Brooklyn, New York 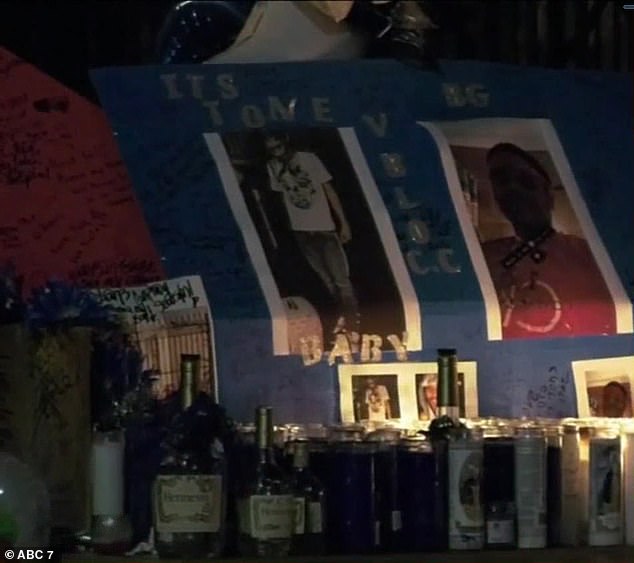 The vigil was for Kleimer Piron, 16, and Anthony Villa, 18, who were shot dead on Sunday at 6.40pm while playing basketball

Authorities believe seven shots were fired. Shell casings were seen in the street in footage captured by ABC 7.

The latest victim’s identity has not been released by police.

He was transported to Brookdale Hospital and was said to be in stable condition on Tuesday morning. He is expected to survive.

The New York Police Department is seeking to determine whether there is a connection between the Sunday and Monday shooting incidents.

There was no description of the perpetrator in Monday’s incident.

However, police have released surveillance footage of the moment a gunman stood up through a car’s sunroof on Sunday around 6.40pm and shot dead the two teenage boys playing basketball.

It was a weekend of mayhem that saw eight people murdered in just 24 hours. 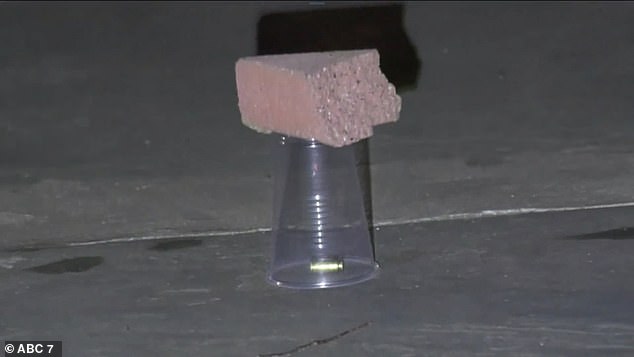 Authorities believe seven shots were fired. Shell casings were seen in the street on Monday 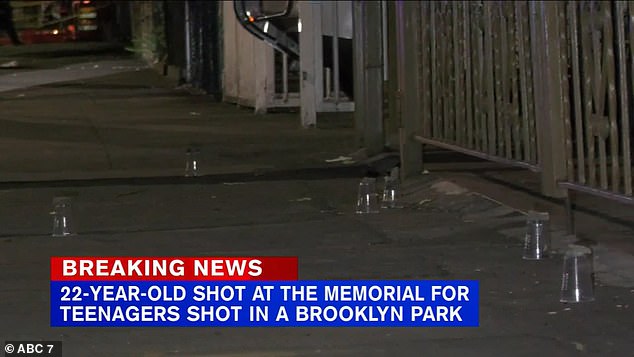 Four people, including the two teens, were shot dead in separate shootings in Brooklyn and Queens, while  another four were killed in the Bronx.

Two more were killed in Staten Island and Manhattan.

Also in Brooklyn, a 32-year-old man was found shot in the chest and face outside a Flatbush apartment building at about 7pm.

A transgender woman was found stabbed to death in the hallway of an apartment building on West 192nd St in Manhattan at about 1.35am.

Only a few of the shooting victims have been named, including Grashino Yancy who died on Staten Island after being shot in the leg at about 12.45am on Sunday. 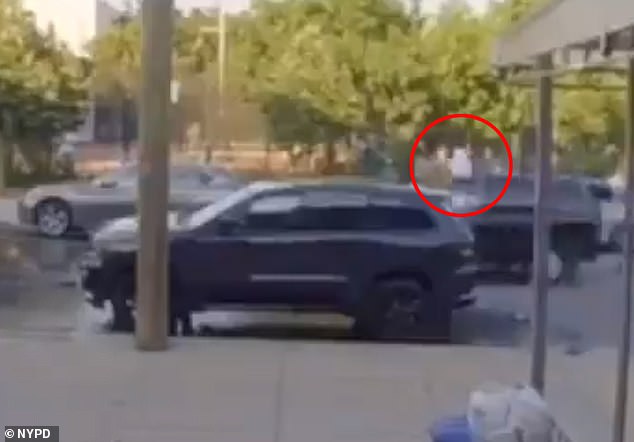 Three teenage boys, aged 16, 17 and 18, were all shot while they were playing basketball in Brooklyn’s Cypress Hills neighborhood on Sunday at about 6.40pm by a man who was standing through a car sunroof

Shaka Ifill, 40, was shot in the back in Queens in what police are investigating as a possible domestic incident. He told investigators that his mother or girlfriend shot him before later dying in hospital.

The number of shootings across New York City have spiked 176 percent in the last week compared to this time last year – as a weekend of mayhem saw seven people murdered in 24 hours and protests descend into riots in Manhattan.

There were 47 shootings across the city last week compared to the 17 at the same time last year.

Fourteen of the 47 shootings were murders, while there were only five killings for the same week in 2019, police sources told the New York Post.