Man, 24, could face 15 years in prison in Argentina for ‘infecting’ 11 people with the coronavirus

Man, 24, could face 15 years in prison for ‘infecting’ 11 people with the coronavirus after he was told to quarantine upon his return to Argentina from the US but instead attended a party with 100 guests

A man in Argentina could be facing 15 years in prison if prosecutors can prove he willfully spread the coronavirus after he dismissed a quarantine law and attended a birthday party that has left at least 11 people sickened.

Eric Torales returned to Buenos Aires from the United States on March 13 and celebrated the 15th birthday bash of a family friend in the town of Moreno the following day.

Instead of adhering to the mandatory isolation decree that was imposed by the Argentine government the day before his arrival, the 24-year-old man joined 100 other partygoers for the birthday.

News outlet Todo Noticias reported that on March 19 Torales experienced respiratory issues, one of the symptoms associated with the deadly disease, and visited Clinica Adventista, where he was admitted and placed in the intensive care unit after he later tested positive for COVID-19.

Eric Torales was detained in Buenos Aires, Argentina, for violating a national quarantine law and attending a birthday party which is linked to 11 coronavirus infections. The 24-year-old arrived in Argentina from the United States on March 13 and attended a party the next day before he was admitted to a local hospital March 19 after testing positive 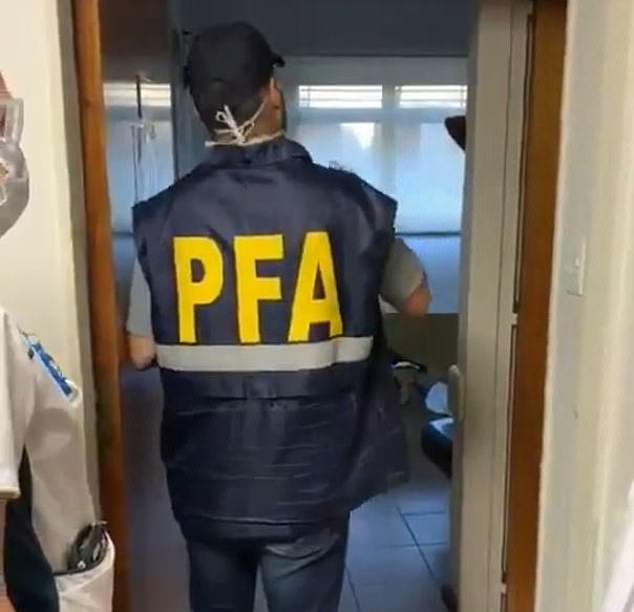 A police officer in Buenos Aires, Argentina (center) interrogates the 24-year-old man, who was arrested on charges of dismissing the South American nation’s coronavirus quarantine law and allegedly spreading the virus to 11 people at a birthday party earlier this month after he returned from a trip to the United States

Among the 11 infected are a 15-year-old girl who was the party’s guest of honor, another child and two elderly persons, ages 76 and 79.

Health officials announced that at least 20 other birthday party attendants have been placed under observation as a precaution.

Officials are also looking into reaching out to other people who may have had contact with Torales following his return from the U.S. and his decision to attend the event instead of quarantining.

Torales, who was ordered to turn in his passport, was placed under house arrest Wednesday after he was discharged from the hospital. He will only be allowed to leave the home for medical appointments. 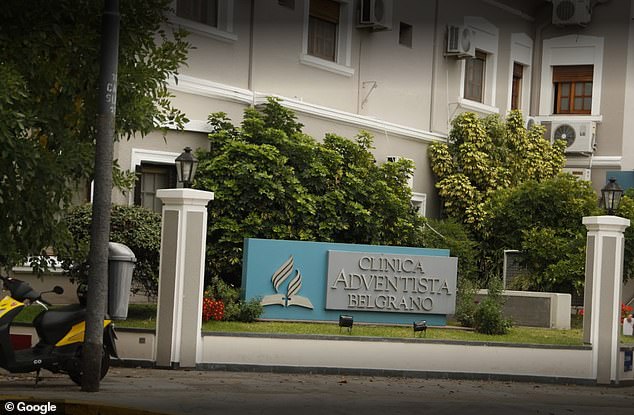 Torales was released from the hospital Wednesday and placed under house arrest. He can only leave his home for scheduled doctor visits

Prosecutors in the coming days will officially charge Torales with spreading a contagious disease.

He could face three to 15 years in prison if he is found guilty of violating article 202 of the Penal Code.

The coronavirus pandemic has caused more than 25,000 deaths and sickened over 558,500 across the globe, as of Friday.

The virus has killed 13 and produced 589 positive cases in Argentina alone.