Man, 25, is charged with racist attack on Morris ‘Mo’ Pleasure at nightclub in Wales

Man, 25, is charged with racist attack on Earth, Wind and Fire star Morris ‘Mo’ Pleasure at nightclub in Wales

By Natasha Anderson For Mailonline

A reveller has been charged with a racist attack on Earth, Wind and Fire star Morris ‘Mo’ Pleasure at a nightclub in Wales.

The American-born musician was attacked at the Pier Pressure nightclub in Aberystwyth on April 3 after passing a man in a 2am queue.

Mr Pleasure, 60 – who also played with Michael Jackson and the Average White Band – was slapped on the head and suffered racial insults while going in to the club. The attack was captured on CCTV.

Hefin Parker, 25, of Aberystwyth, has since been charged with racially aggravated common assault and assault by beating of Mr Pleasure.

He is due to appear before town magistrates on Wednesday.

Hefin Parker, 25, (not pictured) r has been charged with a racist attack on Earth, Wind and Fire star Morris ‘Mo’ Pleasure, 60, (pictured) at a nightclub in Aberystwyth, Wales

Mr Pleasure moved to the seaside town of Aberystwyth, Wales, more than two years ago with his wife who grew up there.

He was out with two sisters of his wife Kedma Macias in the Pier Pressure club on Royal Pier when he was attacked.

Police appealed for witnesses to the attack on the multi-instrumentalist, who is star Bette Midler’s musical director and issued video footage in relation to the assault.

At the time of the alleged attack in April, Mr Pleasure said: ‘It was a deeply upsetting experience.

‘Aberystwyth is a magical place that has become home for my family over the last year and a half. The people of Aber have been so welcoming to me and the support I’ve had since this incident happened has been overwhelming.

The couple, whose daughter is just under a year old, thanked the community for their support.

Mr Pleasure said: ‘My wife and I have a little girl so we feel we have a responsibility to call out racism when we see and hear it, with the hope that our daughter doesn’t have to come across this type of abuse in her life.’

His wife added: ‘No one is a bigger supporter of Aberystwyth than me. Racism is everywhere.

‘It happens all the time, even in little things that people don’t realise. It’s about education and people having a deeper understanding that, even in our beautiful town, racism can and does happen. As a community we want to stamp that out and call it out.’ 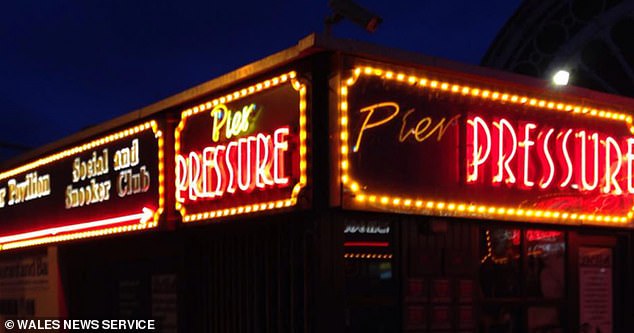 Mr Pleasure was attacked at the Pier Pressure nightclub (pictured) in Aberystwyth on April 3 after passing a man in a 2am queue. He was slapped on the head and suffered racial insults 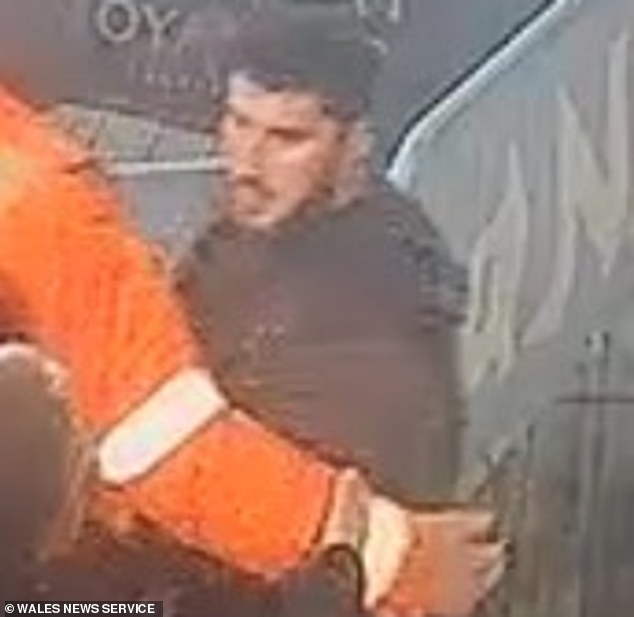 Ms Macias, speaking just days after the attack, recalled how the the strike came from a man queueing for the venue, who went on to aim ‘every racist slur under the sun’ at Mr Pleasure.

‘They were having a great night. My sisters went in first and as Mo was following them in, he was slapped on the back of the head,’ she said.

She described bouncers as ‘great’ and ‘on Mo’s side’ as they ordered the attacker to leave.

‘And that made me feel so sad. What he went through was absolutely disgusting. As a Black man from America, he’s been through this sort of thing his whole life.’

She said police were ‘great’ in offering emotional support to Mr Pleasure and classing the attack as a hate crime.