Man, 26, fatally shoots best friend while showing off his gun while they were playing video games

Man, 26, fatally shoots best friend while showing off the gun he was modifying while they were playing video games at his home

Shea Harkins, 26, of Palm Harbor, Florida, was arrested and charged with one count of manslaughter after fatally shooting his best friend Thursday while playing video games

A 26-year-old Florida man fatally shot his best friend while showing off his gun when they were playing video games, because his friend said, ‘What, are you going to shoot me?’

Shea Harkins, 26, of Palm Harbor, Florida, was arrested and charged with one count of manslaughter following the incident which happened Thursday night.

The Pinellas County Sheriff’s Office said in a news release that Harkins’ best friend, Sean Cook, 26, of Clearwater, Florida, had gone to Harkins’ home that night.

The pair were playing video games together in Harkins’ room when, at about 7.48pm, Harkins went to get a Colt M4 rifle that he had been customizing prior to Cook’s arrival at his home.

While being interviewed after the incident, Harkins told police that he had jokingly pointed the rifle at Cook, who casually asked ‘What, are you going to shoot me?’

Police said that Harkins then admitted that he pulled the trigger, thinking the weapon wasn’t loaded, WFLA reported. 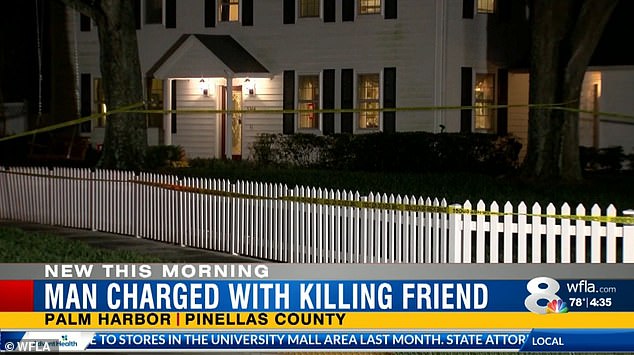 The incident occurred when Sean Cook, 26, went over to Harkins’ home (pictured) Thursday 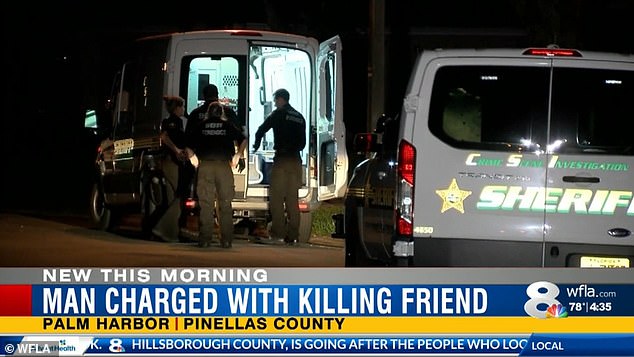 Police arrived at Harkins’ home (pictured) at about 7.48pm. Harkins told investigators he was showing off his gun and, thinking it was unloaded, pulled the trigger while pointing it at Cook

Unfortunately, there was a bullet in the chamber. When Harkins pulled the trigger, the bullet hit Cook in the chest.

First responders transported Cook to the hospital. He was pronounced dead at 8.55pm.

Harkins was arrested at about 2am Friday and released after posting $10,000 bail, according to the Tampa Bay Times.

Police are still investigating the incident.