Man, 26, is charged with murdering pensioner, 74

Man, 26, is charged with murdering pensioner, 74, who was stabbed and beaten to death during burglary at his home in 2015

A man has been charged with murder after the death of a pensioner in 2015.

David Brickwood, a 74-year-old scrap metal dealer, was found stabbed and beaten in a ‘violent assault’ at his Northampton home almost five years ago.

Mr Brickwood was left badly injured after what has previously been described as a pre-planned robbery.

He died despite managing to use a telephone to raise the alarm.

David Brickwood,  a 74-year-old scrap metal dealer, was found stabbed and beaten in a ‘violent assault’ at his Northampton home almost five years ago 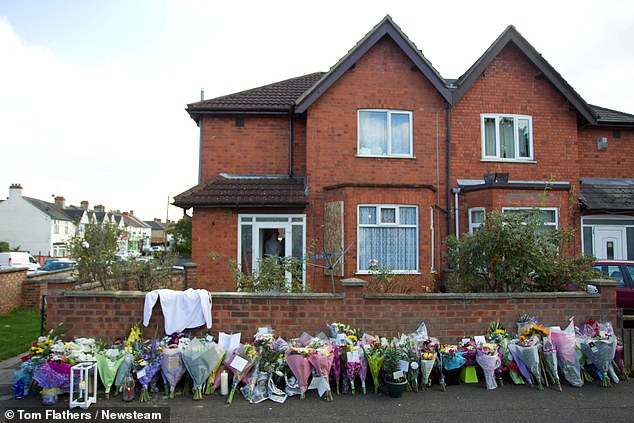 Mr Brickwood suffered 35 different injuries inside his home in Lindsay Avenue, Abington, pictured, on the early hours of September 26, 2015

Northamptonshire Police said 26-year-old Cameron St Rose has now been charged with murder and burglary after his arrest on Wednesday.

An inquest into Mr Brickwood’s death heard that he suffered 35 separate injuries at his home in Lindsay Avenue, Abington, in the early hours of September 26 2015.

Officers performed emergency first aid in an attempt to save his life, but he died later at Northampton General Hospital.

The investigation has been the subject of a number of appeals by the force, who also worked with the BBC’s Crimewatch programme on a reconstruction of the murder in early 2016.

Speaking after his father’s death, Gary Brickwood described the loss of the pensioner as a ‘life sentence’.

He said: ‘We’re devastated as a family. How could somebody do this to him? He didn’t deserve this.’

Also speaking after the fatal attack, another of Mr Brickwood’s sons, Dale Brickwood, said: ‘How could you attack an elderly man? He didn’t have a bad bone in his body – everyone respected him and loved him and he touched so many people.’