Man, 29, is killed but a female driver, 23, walks away after their car crashes into a truck

Man, 29, is killed but a female driver, 23, walks away after their car crashes into a truck

A male passenger, 29, has died while a female driver, 23, is in hospital after their car crashed into a stationary truck.

The collision occurred on the Pacific Highway near Macleay Valley Way in Bellimbopinni on the mid-north coast of NSW on Friday.

The man died at the scene, the woman was rushed to Port Macquarie Hospital and a male truck driver was uninjured.

Police are still looking into the circumstances surrounding the crash and have identified any of people involved.

Northbound lanes are closed on the Pacific Highway just past Macleay Valley Way.

NSW Traffic tweeted that drivers should use Macleay Valley Way to rejoin the highway at Eungai. 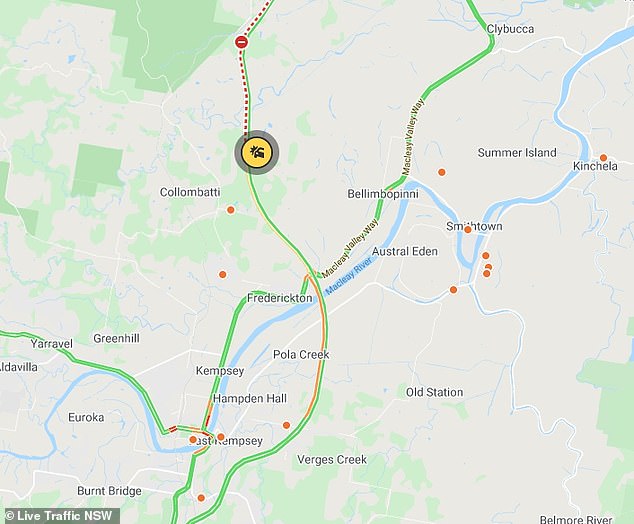