Man, 30, accused of shooting and killing another man in a garage is arrested

Man, 30, accused of shooting and killing another man in a garage is charged with murder after almost three-hour stand off with police

A 30-year-old man has been charged with murder after allegedly shooting another man inside a garage in northern NSW.

The victim, a man believed to be a 38-year-old man, was shot dead just after 4pm on Saturday in Maryland, west of Newcastle in what police believe was a targeted attack.

Neighbours called police after hearing gunfire, sending officers and paramedics rushing to the home on Beauford Avenue, where the victim is believed to have lived for about six months.

Sergeant Dave Piddington told reporters on Sunday the man was found lying in a detached garage at the address, and said his family and defacto partner were at the house when the attack took place.

About 1am on Sunday, after nine-hour search, police surrounded a nearby home on Raglan Street in Wallsend.

After nearly three hours of negotiations, a statement from NSW Police reports 10 people, including children, exited the house without incident.

The alleged shooter, who is known to the victim, was taken to Newcastle police station before being transported to John Hunter Hospital for treatment of minor injuries.

Sergeant Piddington said police have not yet determined a motive for the shooting, but said it is ‘definitely not bikie related’, and that drugs will form part of the investigation.

Officers believe there was ‘some sort of incident’ prior to the shooting.

Beauford Avenue was locked down on Saturday afternoon as authorities retrieved the victim’s body, and launched an investigation.

Neighbours told the Daily Telegraph a woman believed to be the victim’s sister was seen crying and screaming: ‘My brother, my brother’.

Beauford Avenue is a quiet street 14 kilometres from the Newcastle City Centre.

Residents say it is a family friendly area, and were shocked to learn the ‘big bang’ they had heard was a fatal shooting.

The alleged gunman has been refused bail and will appear in Newcastle Local Court on Monday. 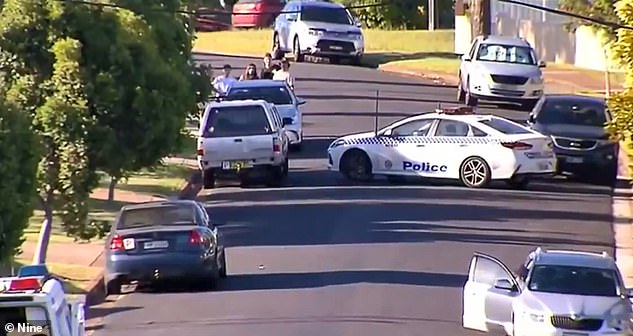 Beauford Avenue, near Newcastle, north of Sydney, was placed into lockdown on Saturday afternoon after neighbours reported hearing gunshots 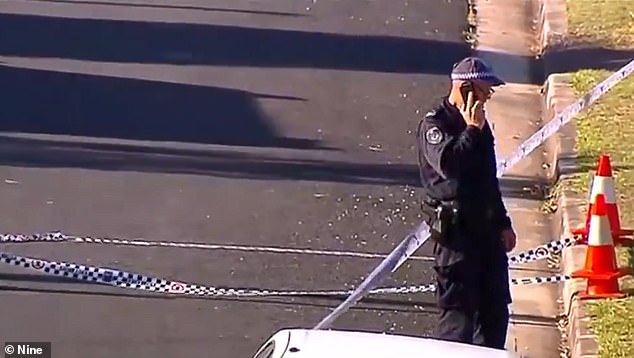