Crossbow attack in Sydney’s wild west: Man, 40, is raced to hospital with serious injuries to his head, chest and arm after being shot with arrows

A man has been rushed to hospital with serious injuries after he was shot at with a crossbow in Sydney’s south-west.

Emergency services were called to Ashby Avenue in Yagoona at around 11.15am on Sunday following reports of a stabbing.

Police officers arrived at the scene to find a man, aged 40, suffering wounds to his head, chest and arm.

He was treated at the scene by paramedics before transported to Liverpool Hospital in a serious but stable condition.

A woman, believed to the victim’s wife speaks to police at the scene in Yagoona, where a man was seriously injured after he was shot with a crossbow

A second man, also aged 40, was arrested at the scene.

The two men are believed to be known to each other.

Photos from the scene show a frantic woman, believed to be the victim’s wife speaking with police.

A discarded arrow was spotted lying on the ground at the scene cordoned-off by police. 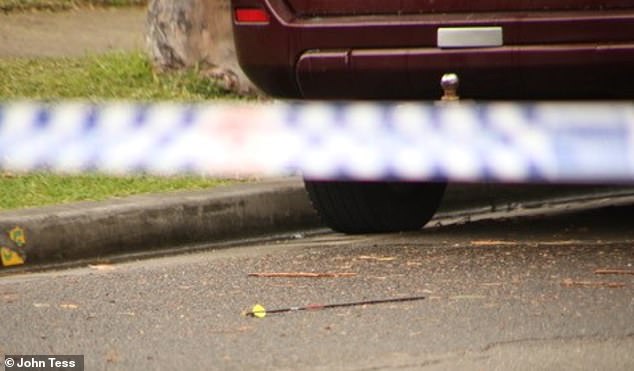 A crime scene has been established in the suburban street, where police seized a crossbow and arrows.

‘As investigations continue, no further information is available at this time,’ a police statement read. 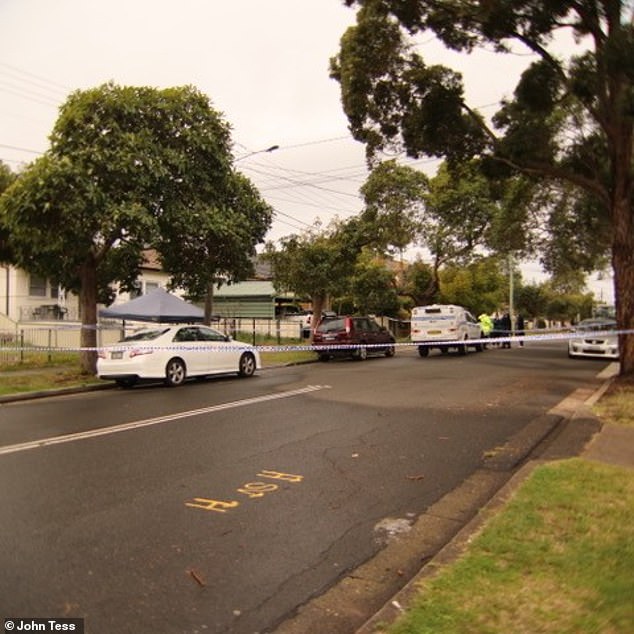 One man is in hospital and another has been arrested over the crossbow attack. Pictured police examining the cordoned-off scene in Ashby Avenue in Yagoona