Man, 40, uses target and gun to propose to girlfriend at shooting range where they first met

A man used a gun and target to propose to his girlfriend of one year at the same place the couple had their first impromptu date, a shooting range.

Mark Sparks, 40, and Amanda Reeder, 38, from Lewis County, Kentucky, met by chance one year ago at their local outdoor gun range.

‘We talked for a while that evening and we’ve been together ever since,’ Mark told Dailymail.com. So he decided to bring his girlfriend back to where the relationship first began and ask her to be his wife.

Love: Mark Sparks, 40, proposed to his girlfriend of one year, Amanda Reeder, at the shooting range where the both first met 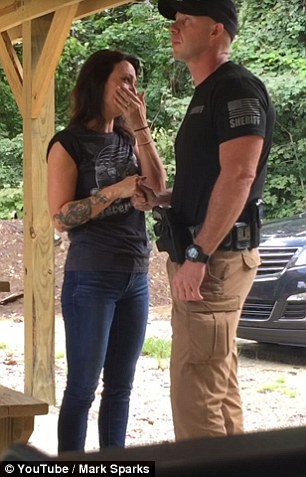 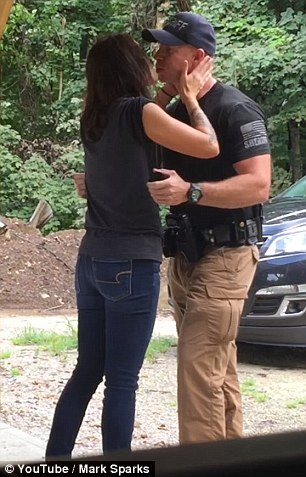 Emotional: The deputy sheriff from Lewis County, Kentucky, invited his girlfriend back to the range to show off a new gun, but little did she know he actually was planning to propose 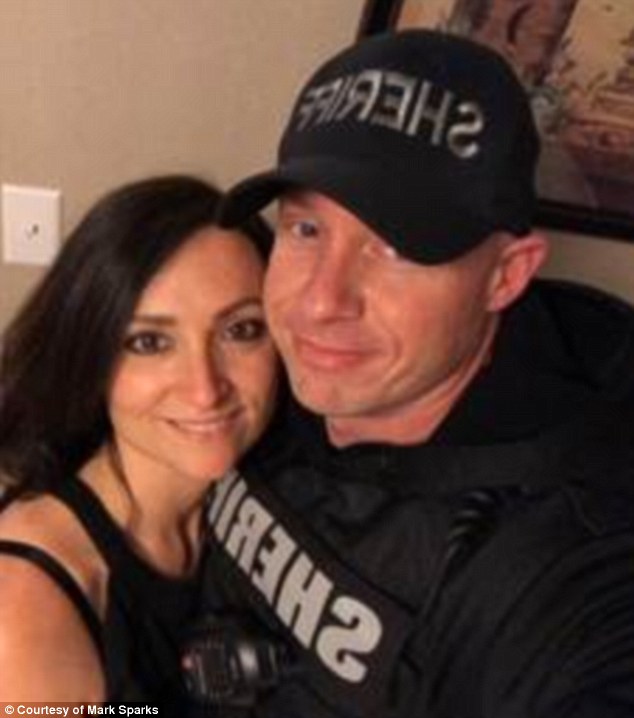 Adorable: The couple has a total of five children from previous marriages

Mark, who works as a Deputy Sheriff and part-time personal trainer in his small town, invited Amanda to the range on the day he proposed with the ploy that he wanted to show her a new gun he was considering purchasing.

On a white target across the range, Mark wrote ‘Will you marry me?’

To make the proposal work, he convinced Amanda to look through the scope of the new gun so she could read the target across the field.

After she read the sign, Amanda turned around and saw Mark down on one knee holding a ring in his hand.

The couple proceeded to hug before she asked Mark to ‘do the honors’ and place the ring on her left hand.

‘Oh my god,’ Amanda said in a video of the proposal. ‘That is beautiful.’

As part of the proposal, Mark got on his radio with the sheriff’s department in town and announced Amanda said ‘yes’ to all of his coworkers.

‘That female subject that we had talked about earlier, she said yes,’ he said over the radio. 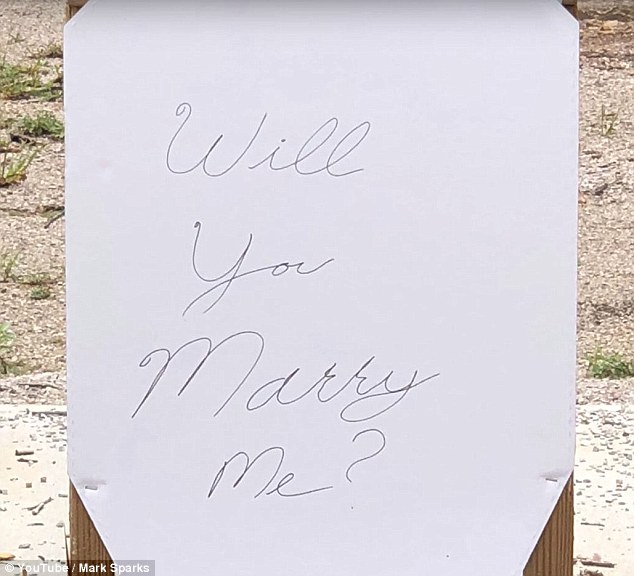 Clever: On a target across the range, Mark wrote ‘Will you marry me?’ Amanda saw it once she peered through the scope of the gun 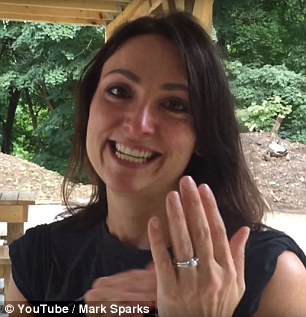 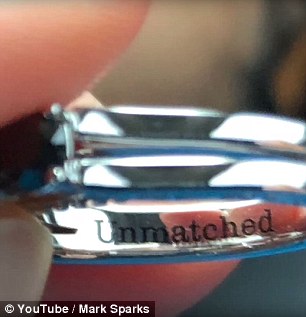 Amazing: Amanda said ‘yes’ after she saw the message. To make the moment more special, Mark had the word ‘unmatched’ (right) engraved on the inside of her ring 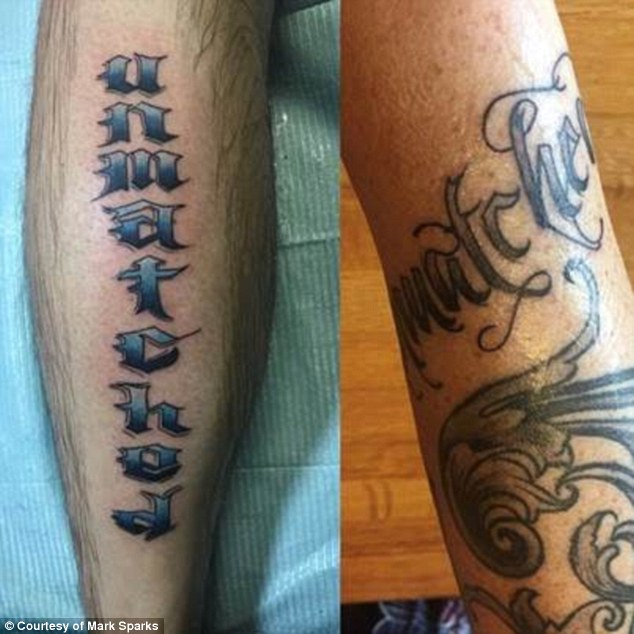 Important: ‘A few months into the relationship we decided to get the word “unmatched” tattoo together to represent what our relationship was becoming,’ Mark said 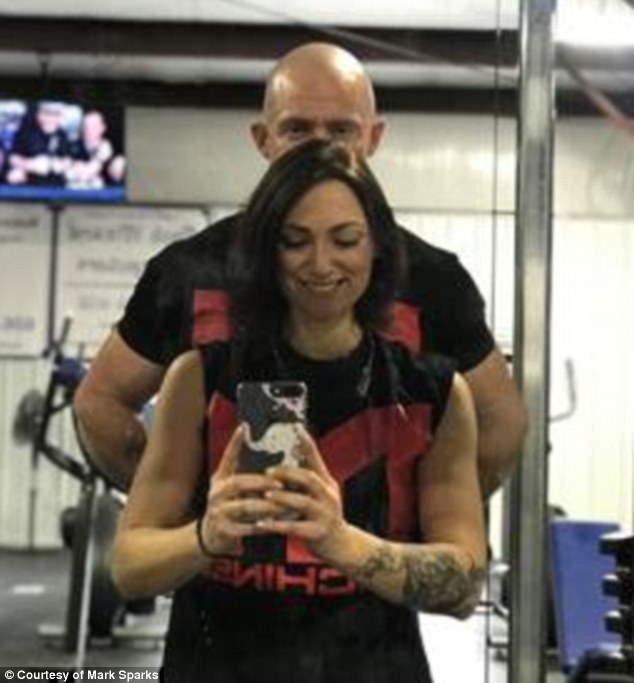 Happy: In their free time, the couple enjoys working out together as well as spending time with their five children

‘On behalf of dispatch, congratulations,’ the dispatcher responded after the announcement. ‘Good luck in your life together.’

Mark later showed Amanda that ‘unmatched’ was engraved on the inside of the ring, which has been an important word for the couple throughout their relationship.

‘A few months into the relationship we decided to get the word “unmatched” tattoo together to represent what our relationship was becoming,’ Mark said.

‘Neither of us had experienced anything as special as what we have. So that’s the significance of the engraving on the ring and the proposal at the gun range.’

After the couple got engaged, the met up with their family at a restaurant to celebrate the newest chapter in their lives.

Both Mark and Amanda were previously divorced, so they have five children in total from the other marriages.

‘At this time we haven’t set a date but likely will do and quiet little wedding on the beach with our children and immediate family,’ Mark said.