Patient, 47, dies ‘from long Covid’ two months after being cheered as he left intensive care following 60-day fight for life in first wave

A 47-year-old patient who was cheered out of intensive care just two months ago after surviving a 60-day fight for his life has died from ‘long Covid’.

He spent 48 days on a ventilator before doctors and nurses were able to cheer him out of the hospital in July, as he was their last Covid-19 patient from the first wave of the pandemic.

The father-of-one said at the time: ‘I was sure I was going to die. How can you thank people who saved your life?’

Roehl Ribaya was Blackpool Victoria Hospital’s last Covid-19 patient from the first wave of the pandemic. He spent 60 days in intensive care and was cheered out of the hospital. He died last week after suffering a cardiac arrest, but his wife believes it was ‘long Covid’

Following his death last Thursday, his widow, nurse Stella Ricio-Ribaya, revealed he ‘never recovered,’ from the long term effects of coronavirus, and fears he could be one of many ‘long Covid’ tragedies.

Mrs Ricio-Ribaya performed CPR on her husband after he suffered a cardiac arrest on Tuesday.

He then slipped into a coma and died last Thursday.

No post-mortem has been held and the family are not aware if an inquest will take place.

Government guidance published in May casts doubt on whether there will be a full inquest, as it states: ‘Covid-19 is not a reason on its own to refer a death to a coroner.’

Mr Ribaya’s widow said: ‘He was never the same. He was so breathless all the time.

‘Please follow the government’s advice so we can stop this virus. He was taken too soon. We don’t want any more to die.’ 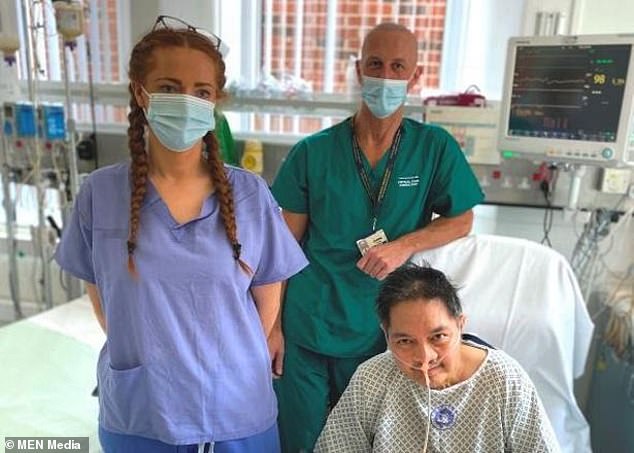 Staff said they had become ‘very fond,’ of Roehl during his time on the ward. Following his death last week, his widow  Stella Ricio-Ribaya, revealed he was ‘never the same,’ after being diagnosed with Covid-19, revealing he was rushed back to hospital numerous times

He said Mr Ribaya’s cause of death was cardiac arrest with the secondary cause given as post-Covid pulmonary fibrosis.

Mark added: ‘It was long Covid. His breathing was never the same and he couldn’t get up the stairs.

‘He was rushed back into hospital a number of times.’

He revealed how his friend was the ‘life and soul of the party… very funny and always joking around’.

‘The staff in Blackpool Victoria Hospital were very fond of him,’ he added.

Mr Ribaya arrived at the Blackpool hospital on 29 May and spent 48 days in intensive care on a ventilator.

In July, when he was clapped out of intensive care, lead consultant Dr Jason Cupitt said it signalled they had ‘survived the first wave of this silent killer’.

Mr Cupitt said at the time: ‘It’s amazing to be able to wave goodbye to our last Covid patient.

‘While we have become very fond of Roehl, the staff are so happy to say farewell as it sends out the message we’ve survived the first wave of this silent killer.’ 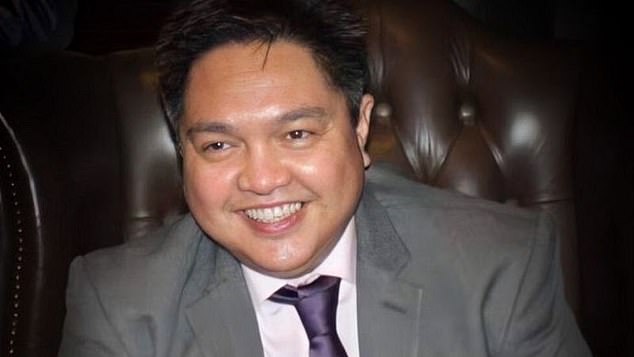 Friends of Mr Ribaya say they are ‘devastated,’ following his death last week, while the hospitals’ trust that cared for him added they were ‘extremely saddened’

Mr Cupitt admitted the 2020 pandemic is the biggest ’emotional rollercoaster’ in his 19 years as a consultant.

He added: ‘One of the hardest things was having to talk to families over the phone who could not be with their loved ones.

‘There are patients I will certainly remember for the rest of my life as they were part of the most frightening and exciting time of my career.’

Mr McGee added: ‘We were extremely saddened to hear about the death of Roehl and our thoughts and prayers are with his family at this sad time.’