Man, 48, accused of holding a teenager hostage for two days claims they were just having ‘kinky sex’

Man, 48, accused of tying a teenager up and holding him hostage for two days claims they were just having ‘kinky sex’ – as his own 16-year-old daughter faces charges

A 48-year-old man who allegedly kidnapped and tortured a 19-year-old man for two days has told a court the victim’s injuries were the result of ‘kinky sex’.

The victim was allegedly taken to a campsite in Eenie Creek near Noosa in Queensland, where he was tied up, brutally assaulted and threats were made against his life before he escaped.

The man appeared in court alongside his 16-year-old daughter and another 19-year-old man, with all three charged with deprivation of liberty and assaults occasioning bodily harm.

A 48-year-old man who allegedly kidnapped and tortured a teenager for two days at a campsite in Eenie Creek, Queensland said the victim’s injures were a result of ‘kinky sex’ (bushland similar to the scene)

The 48-year-old man’s defence lawyer, Ben Rynderman, said during a hearing at the Maroochydore Magistrates Court that his client was in a relationship with the victim and they engaged in sexual acts that involved physical violence.

‘Yes, there are some injuries to the complainant, but my instructions are that my client and the complainant were in a relationship,’ Mr Rynderman said, according to The Courier Mail.

‘They did partake in acts that involved the exertion of physical force on one another.’ 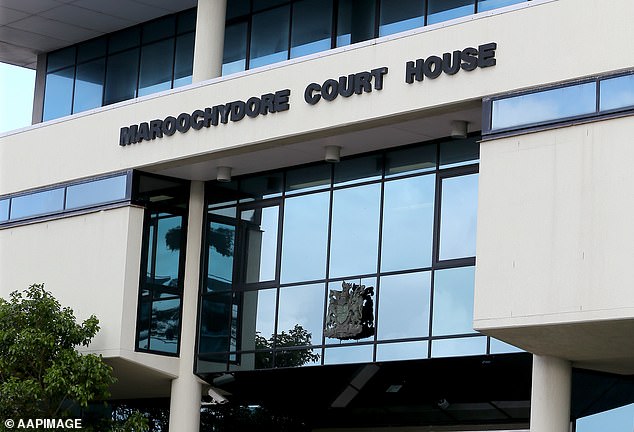 Magistrate Madsen said that the man’s explanation of the events and what lead to the victim’s injuries was not realistic.

‘It looks fanciful what’s been described… that (the older defendant and the victim) maintain some sort of kink sexual fantasies involving tying each other up,’ Mr Madsen said.

The older man’s 16-year-old daughter had her matter heard in a closed court.

The older man and the 19-year-old man applied for bail and will reappear at the Maroochydore Magistrates Court tomorrow. 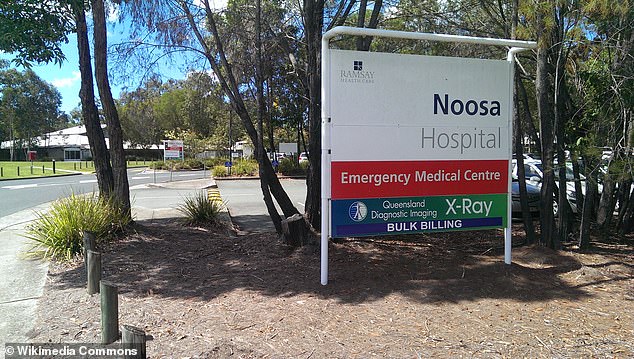 A 19-year-old man was allegedly taken to the campsite where he was tied up, brutally assaulted and threats were made against his life over two days before he escaped and was treated at Noosa Hospital (pictured)

The teenager was allegedly held captive for two days and was restrained and tortured.

He managed to escape from his restraints at around 5am on March 10 and was able to flag down a driver who took him to Noosa Hospital.

He arrived at the hospital at 6.30am and was treated for severe injuries to his face, arms, legs and feet.

The 16-year-old girl and a 19-year-old man have been charged with deprivation of liberty and assault occasioning bodily harm.