Man, 50s, jumps to his death off Mickey and Friends Parking Structure at Disneyland

A man died at Disneyland on Saturday night after jumping to his death from the Mickey and Friends parking structure.

The incident occurred around 9pm and led to the park’s tram service being shut down as police responded to the scene. An Anaheim Fire Department spokesperson told DailyMail.com that the victim didn’t attend the theme park before jumping.

Parkgoers on social media witnessed the body placed under a tarp by police as they made their way back to their cars from the park. Some spectators apparently watched the victim fall.

‘My daughter just witnessed a man commit suicide today at Disneyland along with other families with kids,’ one person wrote on Twitter. ‘It is traumatizing.’

‘Leaving Disneyland and [cast members] were everywhere in the park structures rerouting guests and blocking some areas,’ another Saturday park-goer added. ‘Somebody jump/fell off the Mickey & Friends parking structure and there was a tarp covering the body. Really sad and surreal.’

One photo showed a white easy-up hovered over the body with police investigating nearby.

Police haven’t identified the man’s body and no additional information was released. 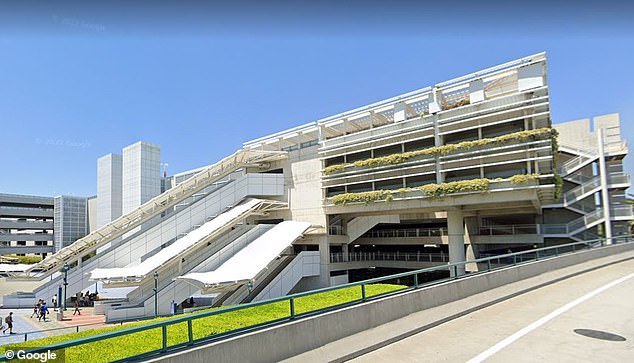 The man jumped where parkgoers use the escalators 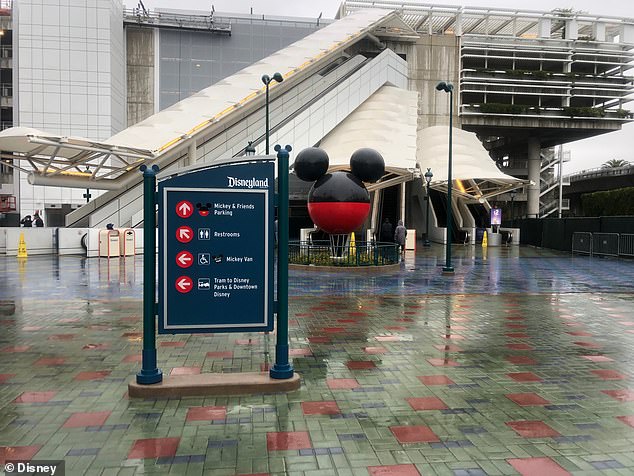 People on social media spoke out about the tragedy, including one devastated tram driver.

‘I am a tram driver at Disneyland,’ Matthew Beverleh wrote on Twitter. ‘It was so hard for us and everyone tonight. I am sorry for him and his family… No one deserves to see this but mental health is a real issue. Please check on your family.’

Others spectated that the victim was undergoing a mental health crisis and warned people to be aware of their loved ones who might be suicidal.

‘Someone just jumped from a structure at Disneyland and died, one person wrote. That is truly so awful. I truly hope they are at peace now and felt no pain. And I really hope those who witnessed it get the help they need to navigate such a horrifying experience.’

‘[To] the man who committed suicide at Disneyland yesterday,’ another person added. ‘I’m sorry that you thought that was the only way out.’

‘So sad what happened at the Disneyland parking structure. If you or someone you know needs help, reach the national hotline, dial 988. Check up on your friends and family.’

Meanwhile, some urged those struggling with suicidal thoughts to reach out for help.

‘After hearing what happened tonight at Disneyland, please know that you are loved and cared for,’ Landon Ashmore wrote on Twitter. ‘If you ever feel like you are struggling or feel alone, please please try and reach out to a friend, family, or loved one. Know you are never alone.’

People on social media spoke out about the tragedy, including one devastated tram driver 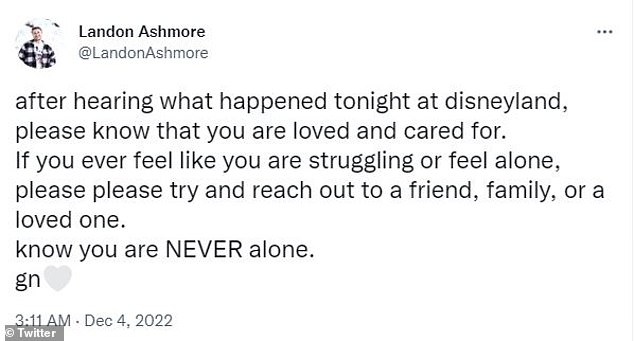 The Disneyland suicide case occurred more than a week after TikTok star Megha Thakur died unexpectedly at the age of 21 after dealing with suicidal thoughts and a recent anxiety-induced heart attack just four months before her death.

Thakur from Ontario, Canada, passed away in the early morning hours of November 24.

She recently revealed that she had suffered with a heart attack in July, believed to be caused by stress and her ongoing anxiety.

Thakur began posting to TikTok in 2019 focusing content on body positivity and self-confidence but admitted in October 2020 that she had been ‘depressed for years’ before building up that confidence people know and love her for.

‘I was depressed for years. It was awful, I didn’t want to be alive anymore, and nearly lost my life,’ she revealed in the October 2020 post.

‘Too many people choose suicide over their betterment because mental health awareness is not at all where it should be.

‘You need to seek out ways to improve your mental health literacy to help yourself and others – regardless of how much you think you already know.

‘It may be world mental health day, but today will not be the only day I speak on this. Remember to take care of yourself too. You are important.’

Her cause of death hasn’t been revealed.

If you or a loved one is experiencing suicidal thoughts or actions, please contact The National Suicide Prevention Lifeline on 1-800-273-TALK (8255) 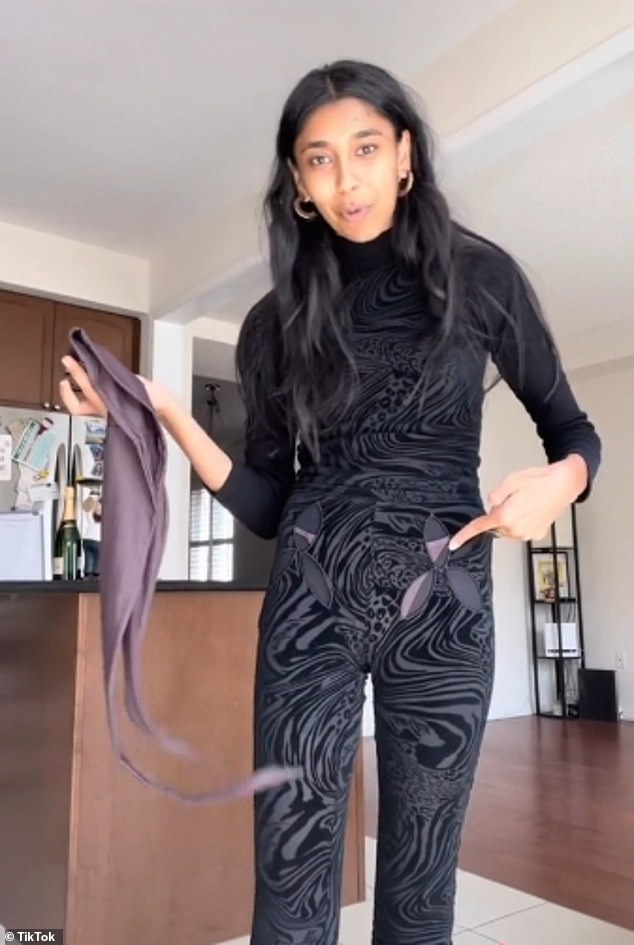 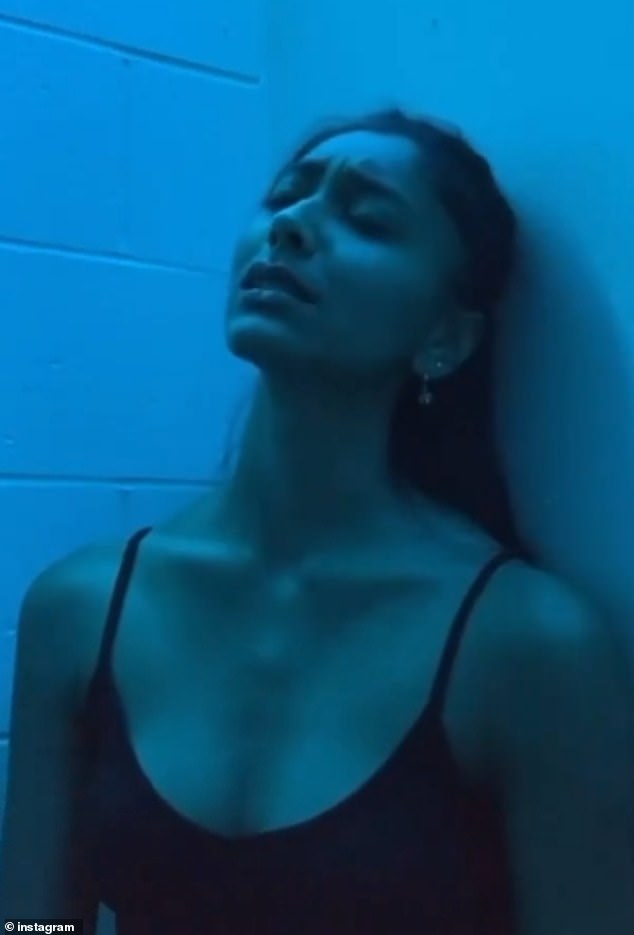