Man 55, shoots dead his estranged partner then shoots himself following a domestic dispute

A woman was shot and killed during a domestic dispute with her one time partner at a garden center at a Florida Walmart store.

The suspect was later found at home in critical condition after he apparently shot himself, authorities said.

According to police, the incident began as an apparent domestic incident in the garden section of an Ocala Walmart. 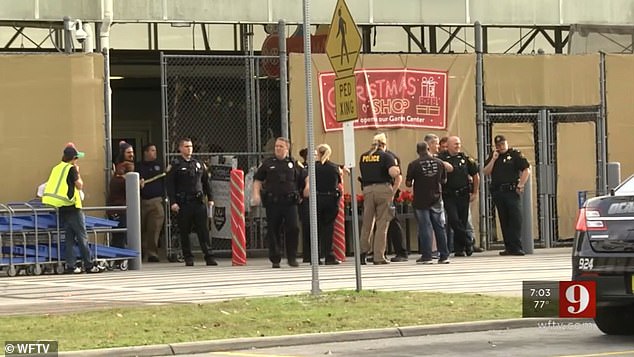 The woman screamed during the apparently physical altercation and employees called 911 and tried to intervene. Johnson then shot her.

The alleged shooter went to a residence less than five miles from the store and remained inside the house as Marion County Sheriff’s deputies surrounded the building and waited until the Ocala SWAT team arrived.

In the meantime, law enforcement officials evacuated residents of nearby homes as a precaution.

Once the SWAT team arrived, they entered the home and found the man with what appeared to be a self-inflicted gunshot wound. Police said he is not expected to survive.

He was taken by ambulance to a local hospital, where he remained in critical condition.

As of Saturday, Ocala police were waiting for a search warrant to look for clues inside the house.

After transporting the wounded woman from the Walmart to the hospital, Ocala Fire Rescue personnel returned to the store after receiving calls about people at the scene suffering from stress after the incident.

They identified three people; two were treated at the scene for stress and a third person was injured during evacuations of the store. He was taken to a local hospital for treatment. 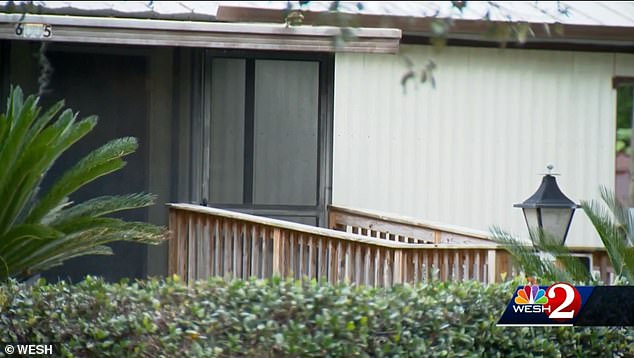 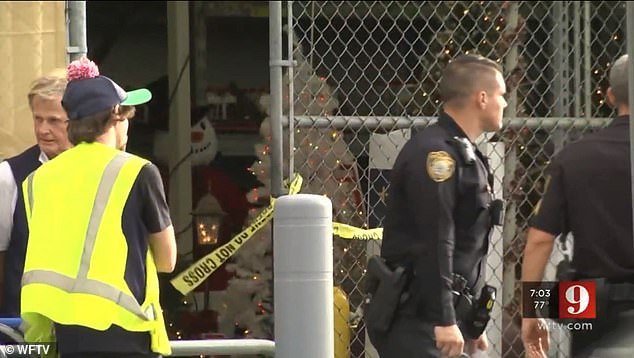 Scotty Ballard told the Ocala Star-Banner that he has known Carli Cronin for about a year and a half and was her roommate.

He said the victim and the gunman dated for about nine months but were currently apart.

Ballard said Johnson and Cronin had been arguing all day Saturday because he wanted to get back together, but she did not.

During those arguments, the man threatened her several times and at one point said he was ‘coming strapped’ for her, Ballard said.

Ballard and the woman went to Walmart to buy furnishings for their apartment. He said he was an aisle away when the shooting happened.

Colleen Wade said she was shopping inside the store, walking toward the garden area, when she heard a crashing sound. 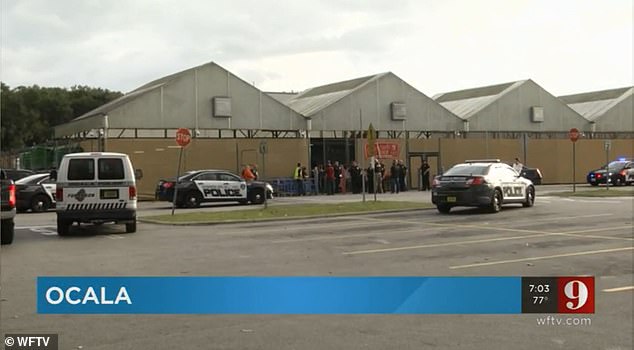 Wade said she turned down an aisle and saw a man standing over a woman and firing several times at her.

After the shots were fired, the man calmly exited the store. When Wade went outside, she said, she saw him riding away on a bicycle.

The family of the suspect gathered at Ocala Regional Medical Center on Saturday evening.

A man who identified himself as the shooting suspect’s brother, told the Star-Banner that his brother was turning his life around, adding that ‘he’s not this monster, but a man with a broken heart’.

He said his brother thought the victim was the true love of his life.

‘He had his own business, handyman, lawn and pressure washing’ the man said about his brother’.

Firefighters treated two people at the scene and transported another to the hospital who’d been injured while people evacuated the store during the incident, officials said.