A United States Department of Natural Resources employee finally located a cache of child pornography hidden in a ginger bread house style cabin out in a Washington national park.

The discovery led to the eventual arrest of Daniel M. Wood, 56, who was charged with child pornography charges in King County Superior Court.

A United States Department of Natural Resources employee discovered a cabin in Snoqualmie National Forest that was linked back to Daniel M. Woods

The FBI reports that the staff member had looked for the house five times in 2016, finally stumbling upon the shrine on November 18, 2016.

The staff member scaled a ladder eight feet up, until he made it to the Hansel & Gretel style cabin.

Inside, he discovered child pornographic images on the wall and took some to the sheriff’s office.

The cabin was linked back to Wood, who was charged with two counts of child pornography possession. He allegedly had images of young girls in the cabin and had a stock of several thousand photos and videos at his home, Seattle PI reports. 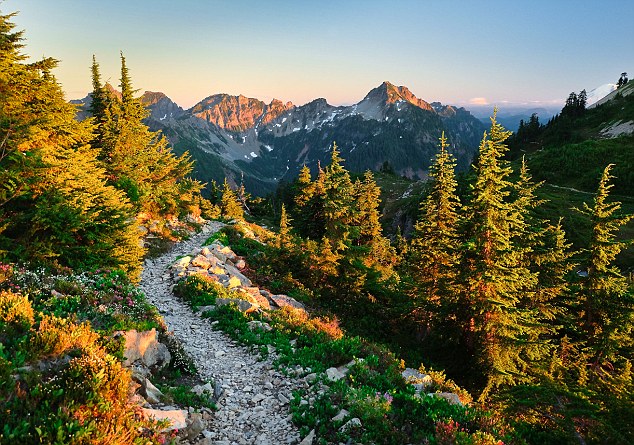 Described as ‘an elaborate tree house that resembled a fairy or gingerbread house,’ by King County Sheriff’s Detective Christopher Myers, the cabin also had a porch that surrounded the home, a pitched roof and a ladder to the porch.

‘Fairy-like’ girls were depicted in photos throughout the cabin and some were even naked, according to Myers.

An envelop contained more images and while some were fictional depictions, a majority were real. 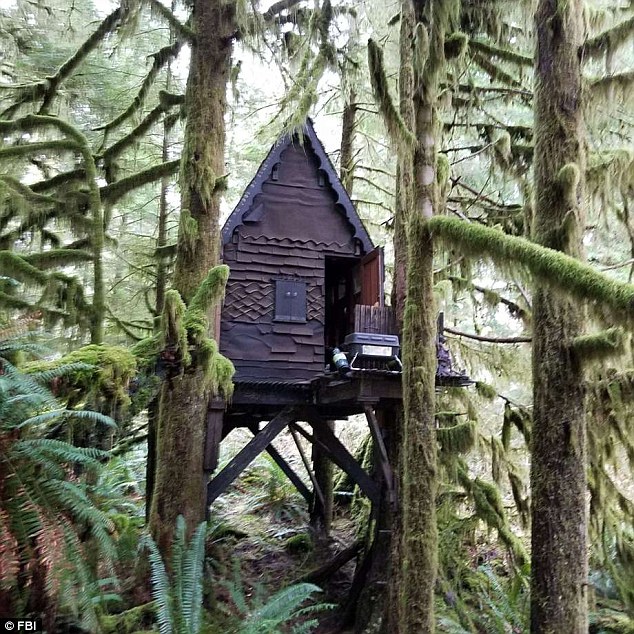 Described as ‘an eleborate tree house that resembled a fairy or gingerbread house,’ by King County Sheriff’s Detective Christopher Myers, the cabin also had a porch that surrounded the home, a pitched roof and a ladder to the porch

On April 7, 2017, an FBI agent claimed to find ‘dozens’ of pictures of young girls and seized those along with other items that contained fingerprints.

A search and rescue volunteer saw a Toyota FJ Cruiser traveling on a road near the cabin and reported its license plate to authorities.

Several items seized from the cabin contained DNA samples traced to Wood. Those were confirmed in October 2017.

Digital evidence was also taken from Wood’s home in February 12, 2018. A SD card held ‘thousands’ of images and videos.

The SD included a series of images from inside the cabin and many were printed out, taped together and hung.