Man, 57, ‘had sex with girl, 14, and gave her a cellphone so he could send her explicit texts’

Man, 57, ‘had sex with girl, 14, and gave her a cellphone so he could send her explicit texts’

A 57-year-old man is accused of having a sexual relationship with a 14-year-old girl, which was discovered after her father found ‘questionable’ text messages on a strange cell phone.

Francisco Alcala, from Indianapolis, was arrested after the teen’s father quizzed his daughter about the cell phone, which she said the man had given to her.

She also admitted they were having a sexual relationship.

The father tried to confront Alcala at his home – which was just a few blocks from where the family lived – but called police when he couldn’t find him, according to the Indianapolis Star.

Officers arrived at the home and interviewed the 14-year-old, who told them she’d had sexual contact with the man on more than one occasion.

Police arrested Alacala and he was being held at the Marion County Jail.

The jail’s web site did not specify charges, but the police report indicated Alcala was suspected of the crime of sexual misconduct with a minor.

The news comes after a middle school principal was charged with sexually abusing a male student over a period of three years starting when he was 13 years old.

Greg Tibbetts – who has been the principal of Vicksburg Middle School for the last nine years – was charged with second-degree criminal sexual conduct and several offenses related to using a computer to possess or distribute sexually abusive material. 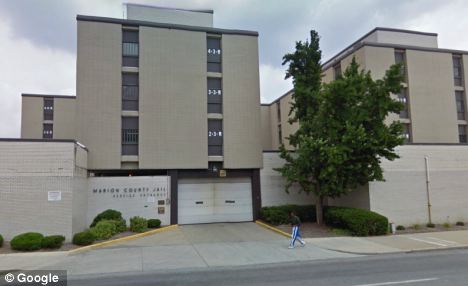 Police arrested Alacala and he was being held at the Marion County Jail, pictured