A man from New Jersey drowned after saving the a woman whose own life was in danger, as she swam in the sea off the New Jersey coast.

Glen Carullo, 60, from Waldwick, had dashed into the surf on Sunday afternoon after an unsuspecting swimmer got caught up in dangerous rip currents that churn off the beaches.

But after helping the woman back to shore, he found himself overcome, and struggling to catch his breath he suffered a heart attack, collapsing onto the sands.

Glen Carullo, 60, of Waldwick, holds up an Elmo doll he won on the Point Pleasant boardwalk. Carullo died on Sunday after he was pulled out of the ocean off Jenkinson’s beach 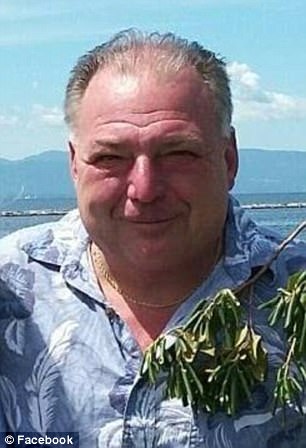 The surf on Sunday was exceptionally rough and the absence of life guards along the beach meant that Carullo was on his own until other beachgoers saw that he was in trouble.

Witnesses who saw the drama unfold say he was a true hero as he selflessly pounded into the ocean to help a stranger back to shore.

‘This man was not being a reckless rule-breaker,’ Cori Jarczynski, who was at the beach when the incident happened, told NJ Advance Media, ‘He was truly a hero who saved a woman’s life and lost his, being selfless!’

‘This man went into the water to save another woman who got pulled out by the current. This man gave his life to save a complete stranger. He died a hero,’ said another beach-goers, Ashley Renna on Facebook.

Other beach-goers tried to rescue Carullo and a person with a boogie board went into the sea to pull him out.

Eventually 15-20 people were on the beach trying to pull him in as part of a human chain.

Carullo was eventually helped out of the water by police officers and other bystanders. 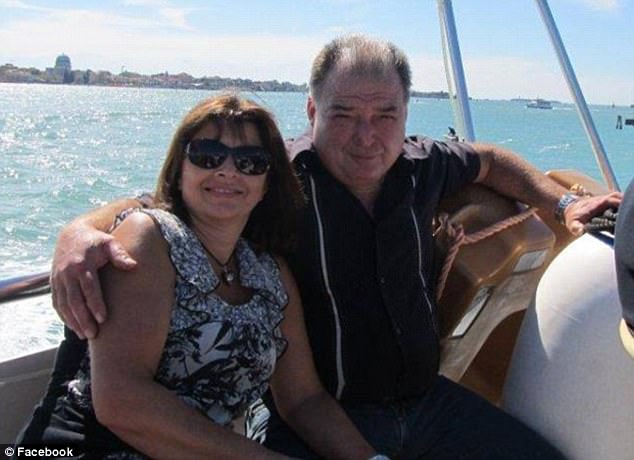 Glen Carullo, pictured with his wife Margaret ran a flower shop together in New Jersey

An off-duty Jersey City police officer then began giving CPR to Carullo before he was rushed to Ocean Medical Center in Brick Township. An hour later he was dead.

Glen Carullo and his wife Margaret who have three children ran a flower shop in the town of Waldwick and was due to retire next year.

‘He was honest, fair, a hard worker and he loved his family,’ his brother Jesse Carullo said in a post on Facebook. ‘Family was first, and everything was second. He was well-known in the town where we grew up.

‘He loved his family. I mean, he was a big family man. His children did come first. Great husband, and for the first time around, he was going to be a grandfather in March.’ 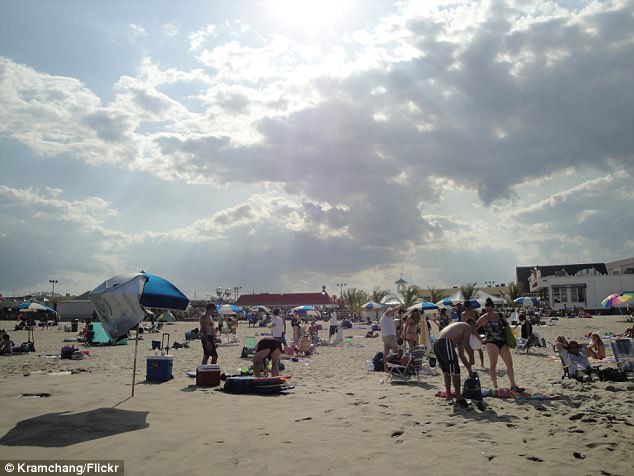