Man, 63, suffered AMNESIA due to a cryo-chamber

A man suffered amnesia that meant he forgot his credit card PIN and could not remember if his mother was alive after entering a state-of-the-art cryo-chamber.

The unnamed male, 63, believed to be from Switzerland, was hospitalised after presenting with sudden memory loss and repeated questioning, known as transient global amnesia (TGA), 30 minutes after leaving a -140C ‘cryo-chamber’ to relieve his shoulder pain.

Although tests results revealed no serious cause for concern, doctors were worried by the patient’s inability to recall recent events, as well as his slightly raised cholesterol levels and vitamin deficiencies.

After spending the night in hospital, the patient made a full recovery but is still unable to remember the hours surrounding his cryo-chamber ‘treatment’ one year later.

The cause of his symptoms are unconfirmed, however, the cryo-chamber is suspected to be at fault due to sudden memory loss being associated with exposure to extreme temperatures.

Although not medically recommended, cryo-chambers, which are favoured by athletes, expose users to extremely cold temperatures for up to five minutes in an attempt to reduce inflammation and ease pain.

WHAT IS TRANSIENT GLOBAL AMNESIA?

Transient global amnesia (TGA)  is the sudden, temporary loss of memory, alongside repeated questioning, with no neurological cause.

It most commonly occurs in middle-aged and elderly adults.

Although unclear, TGA is thought to be caused by blood flow obstruction in structures of the brain that are critical for memory, leading to a reduction in oxygen supply, and subsequent reduced activity, in those brain regions.

TGA more commonly occurs in people who suffer from migraines or epilepsy.

Known triggers of the condition include sex, stress, pain, and exposure to hot and cold temperatures.

Could not remember his credit card PIN

The man attended his second ever whole-body cryotherapy (WBC) session with some of his work colleagues. WBC takes place in cryo-chambers.

When he went to pay for the session around 30 minutes later, he was unable to remember his credit card PIN number, according to BMJ Case Reports.

He then proceeded to repeatedly ask where he was and what he had been up to during the past few hours.

His colleagues took him to a private hospital where a brain scan revealed nothing abnormal.

The patient, who had no other symptoms, then visited a public hospital, by which point he was unable to remember if his mother was alive or a prostate operation he had in 2013.

Test results revealed the patient, who takes daily medication for acid reflux, had a normal temperature, and heart and breathing rate. Yet, his blood pressure and glucose levels were slightly raised.

On his second day in hospital, his blood cholesterol levels were elevated. He was also diagnosed with, and treated for, vitamin D and B12 deficiencies.

Upon discharge, doctors advised him to improve his cholesterol levels via a healthy diet and exercise. 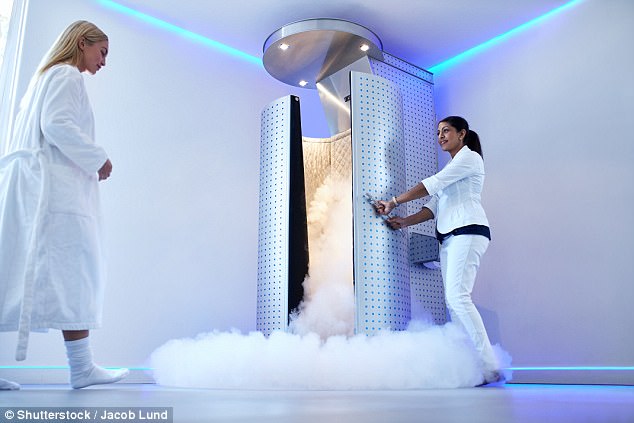 Unable to recall the hours around his WBC

The patient made a full recovery within 24 hours of undergoing a WBC.

Yet, one year later, he is still unable to remember around 30 minutes before, or four hours after, the treatment.

The cause of his symptoms are unconfirmed, however, the WBC is suspected due to sudden memory loss being associated with exposure to extreme temperatures.

The patient, who feels too anxious to have another WBC, despite it relieving his shoulder pain, has not suffered another TGA episode.

According to the patient, he was under a lot of stress at work at the time, which he believes may have been responsible for his memory loss.

WBC consists of a two-to-five minutes exposure to air as cold as -140C in special ’cryo-chambers’.

The practice, which was proposed in 1978 by Japanese rheumatologist Dr T Yamauchi to treat rheumatic diseases, is believed to ease pain and aid athletes’ recovery by reducing inflammation and boosting antioxidant levels.

Before undergoing WBC, participants have to wear a small swimsuit, gloves, an ear band, a face mask, shoes and socks to protect their extremities from injury.

As well as being used by athletes, WBC is also often employed for the treatment of depression, multiple sclerosis and osteoporosis.

Although some studies have noted the therapy’s anti-inflammatory and painkilling effects, others found WBC has no benefits. WBC studies have been accused of being at a high-risk of bias, as well as including an insufficient number of participants.

Despite WBC studies often not mentioning any side effects, the most commonly reported adverse events are skin rashes, while nausea, infections and raised blood pressure occur in rare cases.

Due to the lack of evidence, WBC is not medically recommended.