Man, 71, charged with murder for killing adoptive daughter, 14, who went missing in 1989

The adoptive father of a 14-year-old girl who disappeared 31 years ago without a trace has been charged in her death after her remains were found buried on his property.

Dennis Bowman, 71, was charged with open murder, felony murder, first-degree child abuse and disinterment and mutilation of a dead body on Friday for killing his adoptive daughter Aundria Michelle Bowman, according to court records.

Aundria disappeared on March 11, 1989 from her family’s rural home in Hamilton, Michigan and Bowman was the last person to have seen her. 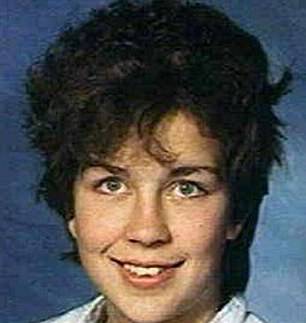 In February 2019 Bowman led police to Bowman’s remains on his Hamilton, Michigan property while in jail for the murder of Kathleen Doyle. Scene of that investigation above 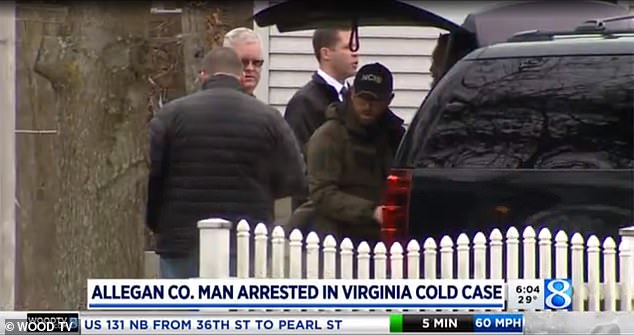 Investigators found skeletal remains belonging to Bowman buried in a shallow grave under cement on the property. Investigators at the scene above

In January 2020 Dennis confessed to Aundria’s murder while he was already in custody pending trial on charges of murder for the unrelated killing of 25-year-old Virginia woman Kathleen Doyle in 1980.

Aundria’s birth mother Cathy Terkanian said Bowman confessed the murder to her and directed authorities to where he buried the body.

In February her remains were found in a shallow grave under cement on Bowman’s property at 136th Avenue and 32nd Street in Monterey Township, east of Hamilton.

Aundria’s birth mother began to suspect Bowman shortly after her disappearance. When Aundria reported that Bowman was molesting her, he denied it, saying she was having problems after discovering she was adopted.

A short time later he moved the family to a trailer in an isolated, rural area where Aundria later disappeared. He claimed she stole money from the family and ran away. 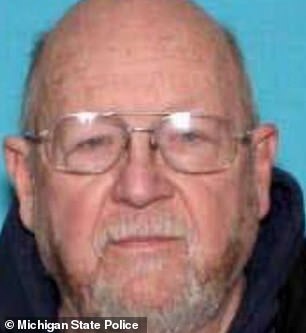 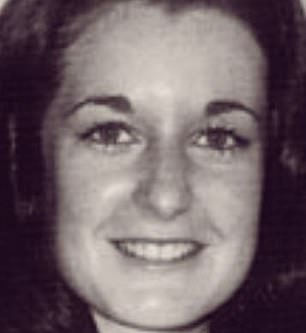 Bowman (left) was arrested in November 2019 for the 1980 killing of Kathleen Doyle, 25 (right). She was found stabbed and strangled in her Norfolk, Virginia home

He was arrested in November 2019 for the murder Kathleen Doyle who was found stabbed and strangled in her Norfolk, Virginia home in 1980. She was the daughter of a naval officer and wife of a U.S. Navy pilot who was deployed at the time.

Police said at the time of his arrest that forensic testing provided the breakthrough, but didn’t give details.

He’s currently in jail in Virginia. He told a judge during his initial court appearance that he planned to plead guilty in the Doyle case, according to WVEC-TV.

‘I also want to assure Aundria’s family and friends that even though this has been a very long road, this is the first step to seeking justice for her,’ Allegan County prosecutor Myrene Koch said.

‘It’s staggering, it’s daunting and I’m reeling. This is a dark story. This is a dark world, and these are hard issues to deal with,’ Aundria’s birth mother Cathy Terkanian said. She gave her daughter up for adoption in 1975 when she was nine months old

Aundria’s mother was 17 when she gave her daughter, originally named Alexis Badger, up for adoption in 1975 when she was just nine months old. 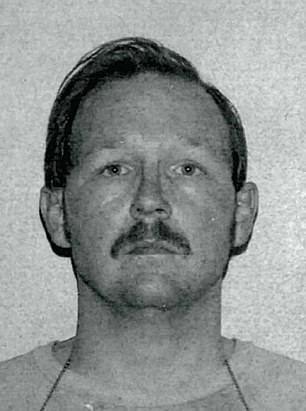 Bowman has a long history with crime. Pictured in 1980 mugshot when he was 31 for sexually assaulting 19-year-old woman on her bike

Bowman adopted her and renamed her Aundria Michelle Bowman.

Terkanian says the charges have left her with a sense of peace.

Bowman has a lengthy criminal record that goes back to 1980 and includes assault, burglary, and sexual assault.

In 1980 he was convicted of sexual assault for attacking a 19-year-old woman on her bike.

In June 1998 he was charged with breaking and entering into a female coworker’s home to steal her lingerie, among other things.