A 73-year-old man has been arrested after allegedly fatally stabbing his 11-year-old stepdaughter to death in an attack that also put his wife in hospital.

Tanh Thien Tran was taken into custody after the attack in the 8900 block of Blossom Avenue in Garden Grove, California, in the early hours of Wednesday morning.

The girl’s 36-year-old mother was taken to hospital with multiple stab wounds and a gunshot wound, police said.

Officers arrived at the scene just after 6.30am on a domestic violence call and found the woman – who is Tran’s wife – bleeding in front of the house.

She told officers her three children were inside.

Additional officers went to the rear of the property and confronted the armed suspect by a sliding door.

He was holding a knife and bleeding from self-inflicted knife wounds, according to the Garden Grove Police Department.

A police spokesman said officers began negotiating with the suspect and urged him to surrender while a second team entered the home through another door.

They were able to rescue two boys, aged three and six, who were not harmed.

But they found the 11-year-old girl had been stabbed and was lying face down on the floor in the same room as the suspect. 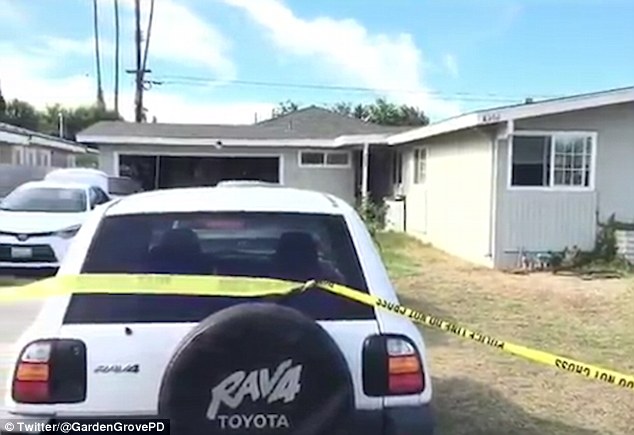 Officers responded to a call in the 8900 block of Blossom Avenue in Garden Grove, California, in the early hours of Wednesday morning 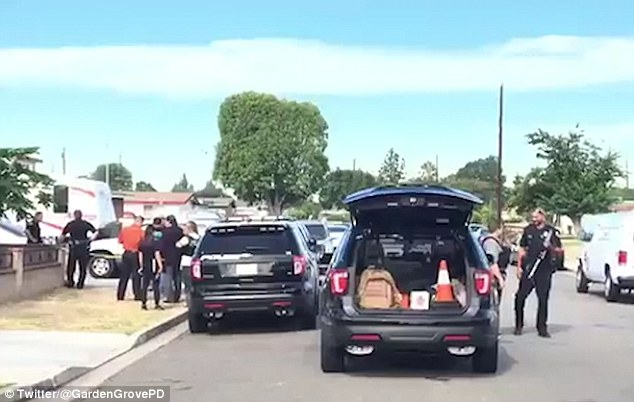 The mother and daughter were taken to hospital, but the 11-year-old girl died of her injuries

Police said two officers were able to covertly take the girl out of the house and immediately began performing first aid.

Both the mother and daughter were taken to hospital, but the 11-year-old girl died of her injuries.

Officers were eventually forced to deploy ‘less-lethal rounds’ from a beanbag shotgun in order to disarm the suspect and take him into custody. 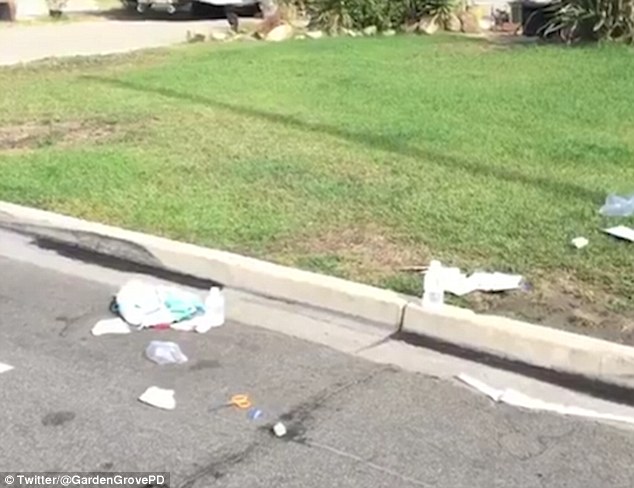 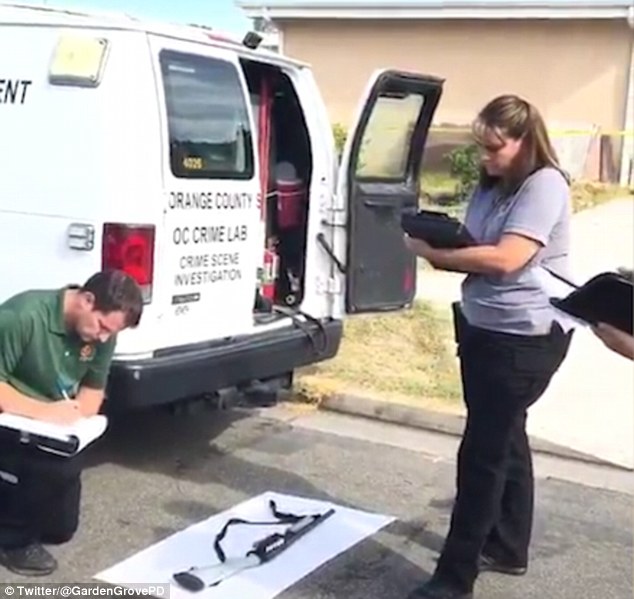 He was taken to a different hospital, where he was treated for superficial knife wounds while in police custody.

Detectives have launched a murder investigation and believe the motive for the attack is domestic violence related.

However, they are continuing to collect evidence at the scene and speaking to witnesses.

The two boys have been taken to child protective services.

Tran is the father of the three-year-old boy and stepfather to the six-year-old.

Anyone with information about this crime is encouraged to contact detectives at 714- 741-5704. 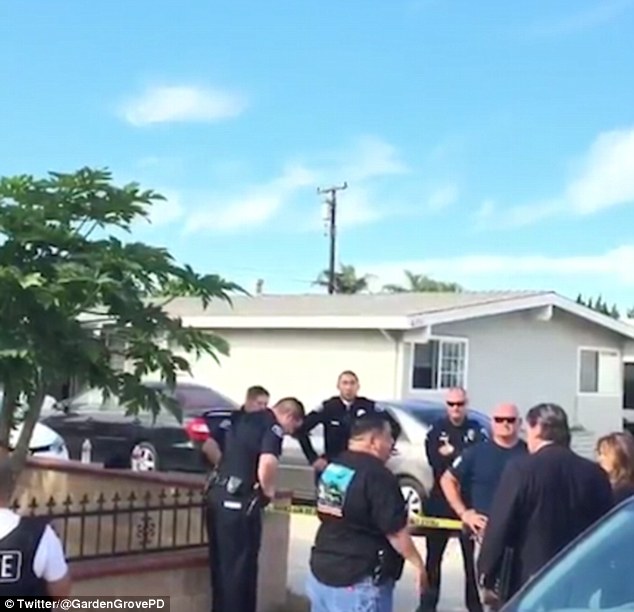 Two boys, aged three and six, were evacuated from the property unharmed by police officers