Man, 78, arrested at his £1m home after ‘human bones’ discovered in rubbish dump

A 78-year-old man was arrested at his million-pound property after ‘human’ bones were found at a tip.

The pensioner was arrested on suspicion of preventing a lawful burial after officers were called to a £1m home on Monday.

Forensic teams continue to search the house in Hackney, east London, and a refuse site in Edmonton, north London, today. 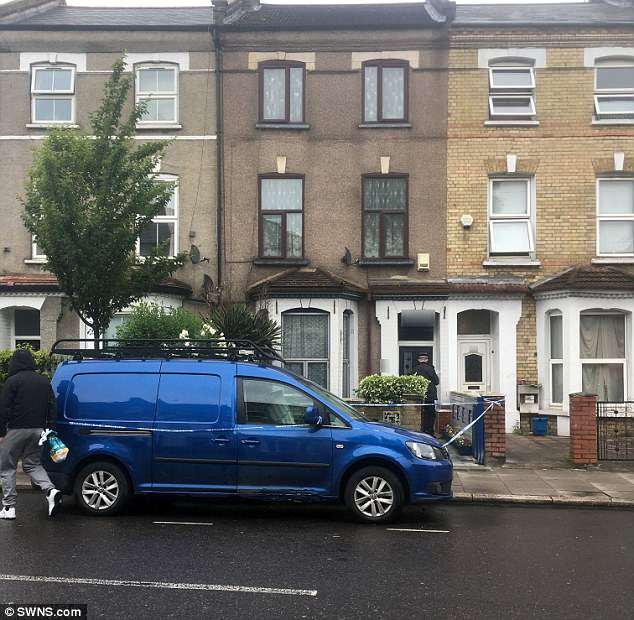 As well as the house, police are also searching a refuse site in Edmonton, north east London

The sole occupant of the house has been named as popular charity worker George Zavadsky.

A member of staff at Diamond School of Motoring, two doors down from his three-storey terraced home, said: ‘He’s a very popular guy around here, he’s been around for years.

‘As far as I know he lives on his own and he did a lot of charity work – I think it was a charity in Hackney.

‘He used to deliver the papers for years.

‘I last saw him last week – he just popped in to say hello and to ask about his car.

‘He is friendly, always helps anybody – once or twice I’ve got locked out and he’s helped me.

‘It’s completely out if the blue, I was quite surprised with it to be honest with you because you just know your neighbours after the years – to me he always seemed quite a friendly guy.’

She said Zavadsky was not married, had no children and occasionally visited by friends at his home.

She confirmed he still drove his blue Volkswagen van which remained behind a police cordon around his home.

The house, in one of London’s poshest areas, estimated to be worth more than £1m, according to Zoopla.

A spokesman for Scotland Yard said: ‘Police were called at approximately 10:40hrs on Monday, 28 May to Blackstock Road, N5.

‘A man was arrested at a residential address on suspicion of preventing the lawful and decent burial of a body. He remains in custody.

An earlier police statement said a 78-year-old man had been arrested.