Man, 79, is sentenced to just 90 DAYS house arrest for raping a five-year-old girl

Lyle Burgess, 79, of Stockton, California, will face no jail and does not even have to register as a sex offender, after he pleaded no contest to statutory rape

A wealthy business owner has been sentenced to just 90 days on house arrest for raping a five-year-old girl.

Lyle Burgess, 79, of Stockton, California, will face no jail and does not even have to register as a sex offender, after he pleaded no contest to statutory rape.

Burgess raped the little girl, the daughter of a family friend, after inviting the family to stay with him at his Calaveras County cabin back in 2016, Fox 40 reports.

‘They trusted this man, he was a family friend, and he took advantage of them,’ family attorney Ken Meleyco said.

The lawyer said that the young victim, now 7, is struggling to recover from the assault.

‘The girl is not doing good,’ Meleyco said. ‘She’s showing all the symptoms of somebody who’s been molested. She’s in counseling, and she’s gonna be in counseling all her life.’

California law states that sex with a child aged ten or younger is a felony which can be punishable with imprisonment in the state prison for 25 years to life.

However, and it is unclear why, Burgess was only charged with statutory rape. Penalties can still include up to four years in state prison and Burgess’ crime would fall under the most severe category for punishment under statutory rape – where the   defendant is 21 or older and the minor is under the age of 16. 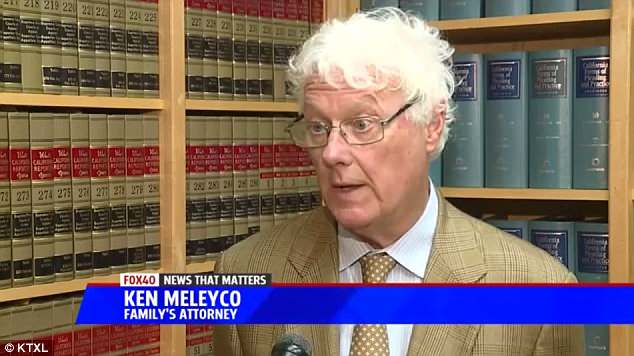 Family attorney Ken Meleyco said that the young victim, now 7 is struggling to recover from the assault

‘Normally the sentence is state prison and then when you’re released, you have to register as a sex offender,’ Meleyco said.

The family attorney believes that Burgess, the founder of an automotive parts specialist for classic cars, Rare Parts Inc, used his wealth and influence as a businessman to influence his lenient sentence.

‘He’s obviously very wealthy and it’s just an example of how the wealthy people, time and time again, escape the penalty for what they did,’ the attorney said.

Deputy District Attorney Kathy Murray has not responded to KTXL’s requests for comment on the unusually lenient sentence.

Burgess’s family declined to give any comment when approached at home in an upscale gated community in Stockton.

The victim and her family have filed a civil suit against Burgess.