Man, 80, with motor neurone disease is due to die at Dignitas today

A British man with motor neurone disease penned an emotional letter to MPs and published it in the moments before he ended his life at the Dignitas clinic today.

Retired accountant Geoff Whaley, from Buckinghamshire, chose to die at Dignitas in Switzerland, rather than face ‘immense suffering’ in the end stages of the devastating disease.

The grandfather-of-four, 80, passed away at the clinic at 10am this morning.

Just moments before his death, he posted a haunting letter to the Government, calling for a change in the law which he said, ‘robbed me of control over my death.’

He revealed how he ‘sobbed’ for the first time in five decades when his wife was grilled by police for helping him die, adding: ‘[The law] sought to punish those attempting to help me get there. The hypocrisy and cruelty of this is astounding.’

Mr Whaley wanted assisted suicide to be made legal in the UK after his wife of 52 years, Ann, was interviewed under caution last week and warned she faces 14 years in prison.

When asked about helping her husband ‘commit suicide’, 76-year-old Mrs Whaley said: ‘I don’t think of it like that. When you’ve got a husband as brave as mine you have to support him.’

Geoff Whaley, who has motor neurone disease, died today at the clinic in Zurich, Switzerland today. He is pictured here in an emotional interview with his wife the day before he passed away 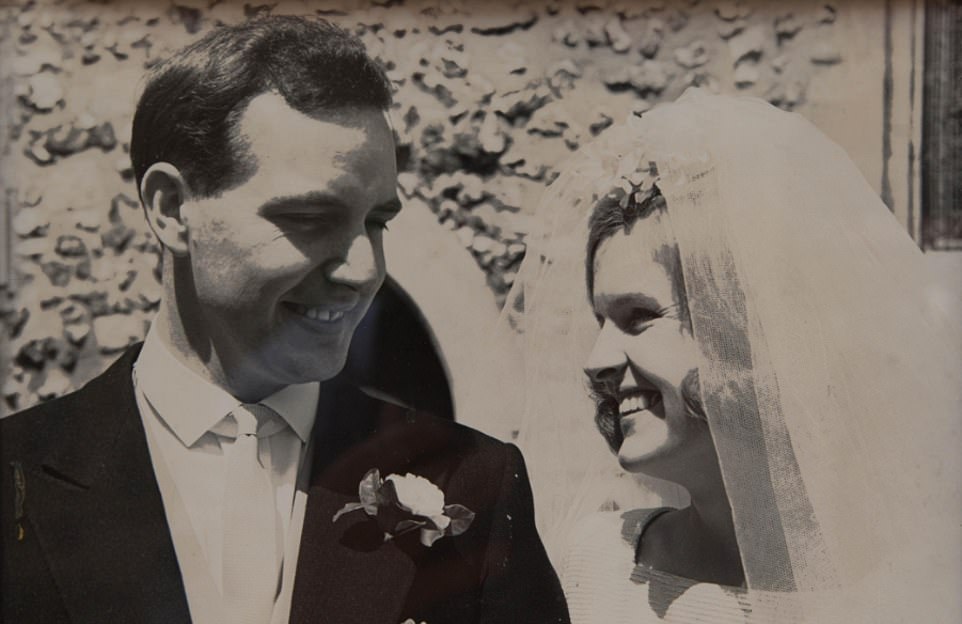 Mr and Mrs Whaley on their wedding day. Ann, was interviewed under caution and warned she faces 14 years in prison for helping her husband to die 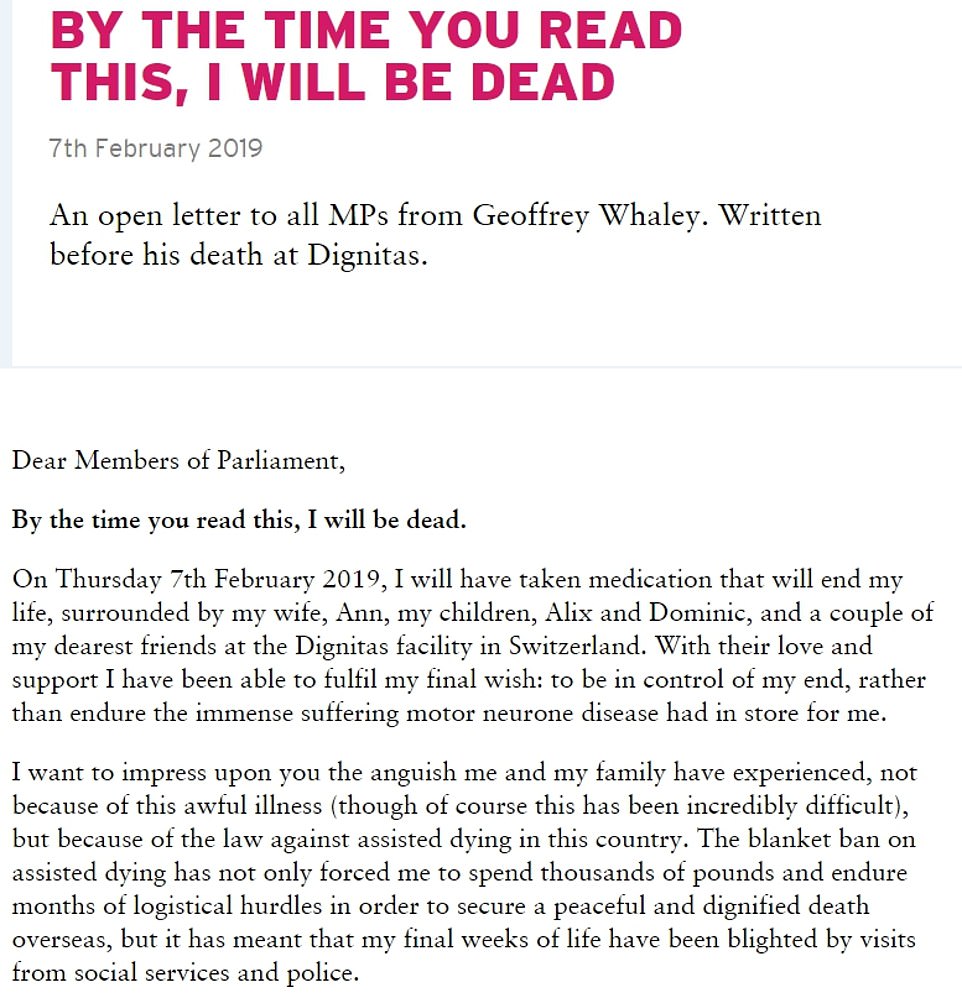 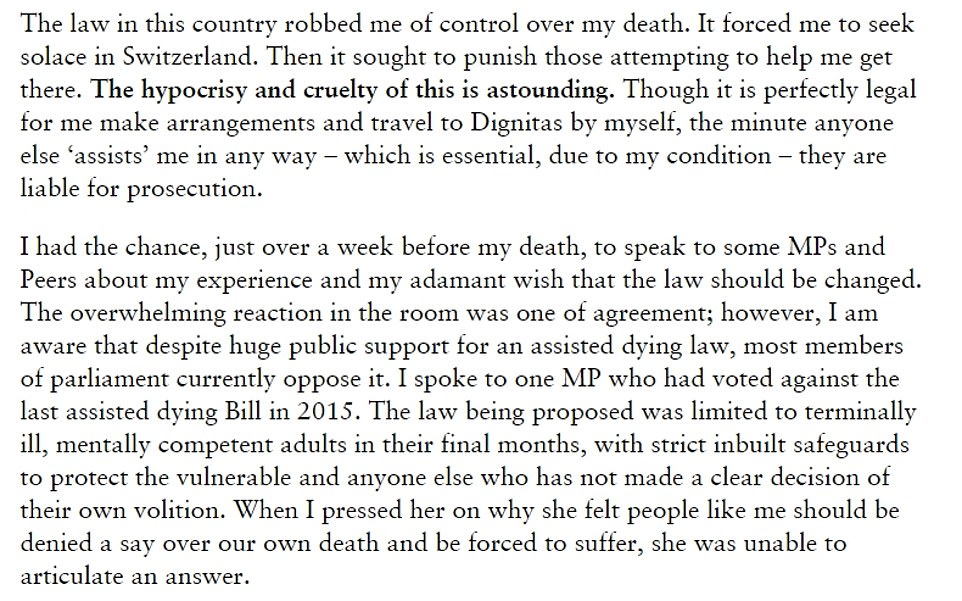 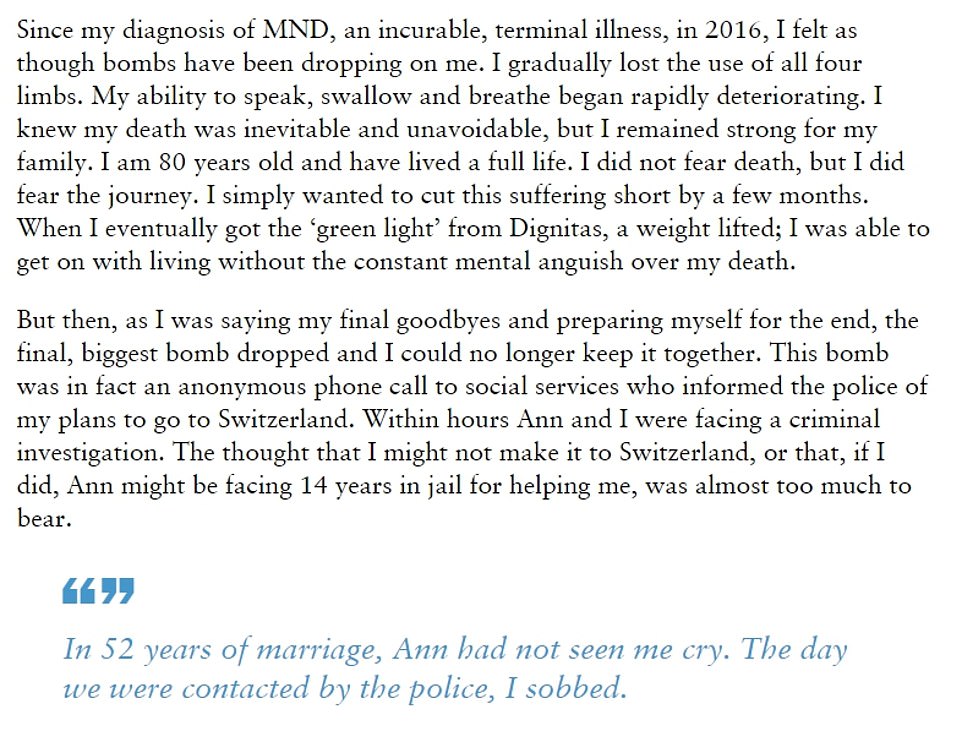 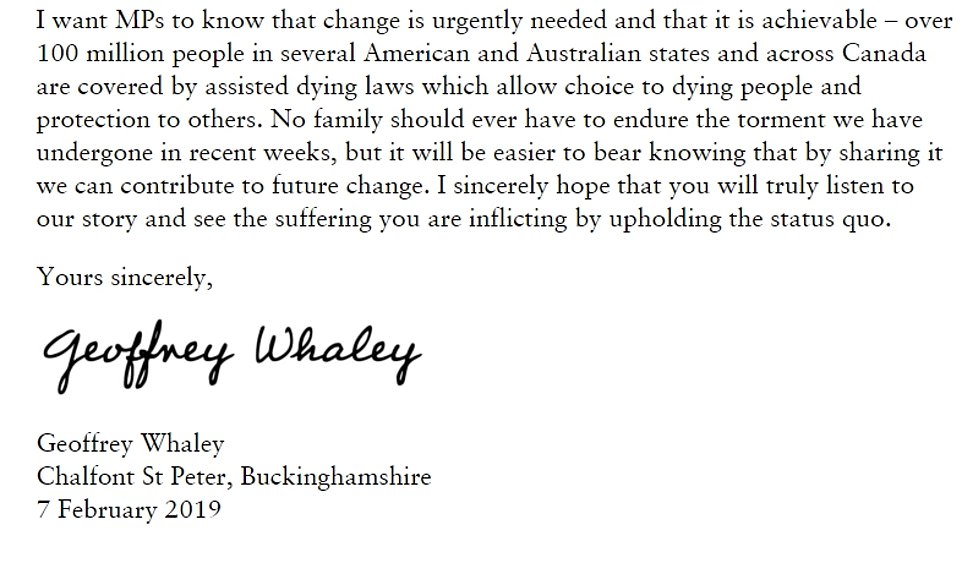 The law on assisted suicide in the UK

This crime carries a maximum penalty of 14 years’ imprisonment.

If someone provides encouragement or assistance, that is a crime, even if the person ends their life overseas in a country where assisted dying is legal.

There is no specific crime of assisting a suicide in Scotland, but it is possible that helping a competent adult to die could lead to a prosecution for culpable homicide.

Father-of-two Mr Whaley was diagnosed with motor neurone disease two years ago and in December doctors told him that he had six to nine months left.

He and his wife had their last meal together at a hotel in Zurich, with their two adopted children, Alix and Dominic.

Mr Whaley has left letters for his four grandchildren, aged four to 17.

Mrs Whaley booked the flights to Switzerland and a hotel because her husband can no longer use his hands.

Mr Whaley revealed how the stress of his wife being summoned to a police station had, ‘destroyed everything we had done to prepare ourselves’.

He also wrote a letter to the Government asking for them to reconsider the law on assisted suicide.

It was posted online shortly before he died. In the letter, he said he ‘does not fear death, but fears the journey.’

The 80-year-old said the final weeks of his life, ‘have been blighted by visits from social services and police.’

He adds: ‘I want to impress upon you the anguish me and my family have experienced, not because of this awful illness (though of course this has been incredibly difficult), but because of the law against assisted dying in this country.

‘No family should ever have to endure the torment we have undergone in recent weeks.’ 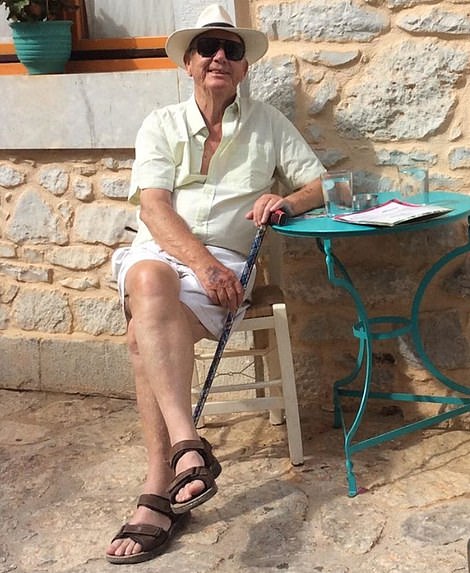 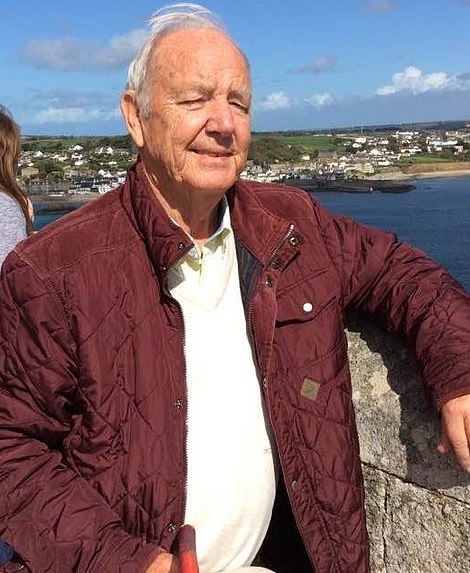 Mr Whaley wrote to MPs: ‘On Thursday 7 February 2019, I will have taken medication that will end my life, surrounded by my wife, Ann, my children, Alix and Dominic, and a couple of my dearest friends at the Dignitas facility in Switzerland. With their love and support I have been able to fulfil my final wish: to be in control of my end, rather than endure the immense suffering motor neurone disease had in store for me’ 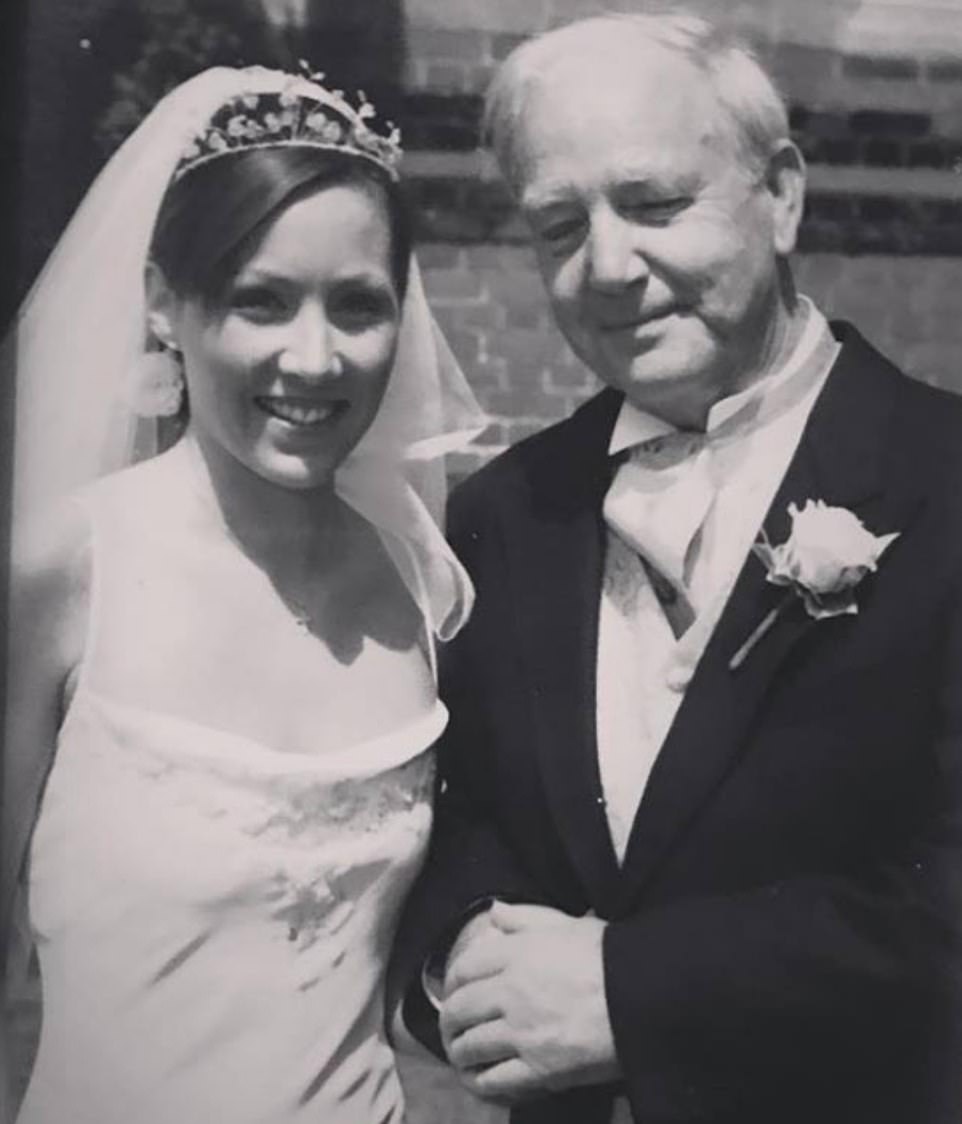 Mr Whaley, pictured with his daughter Alix on her wedding day, had dinner with his wife and children the night before he died 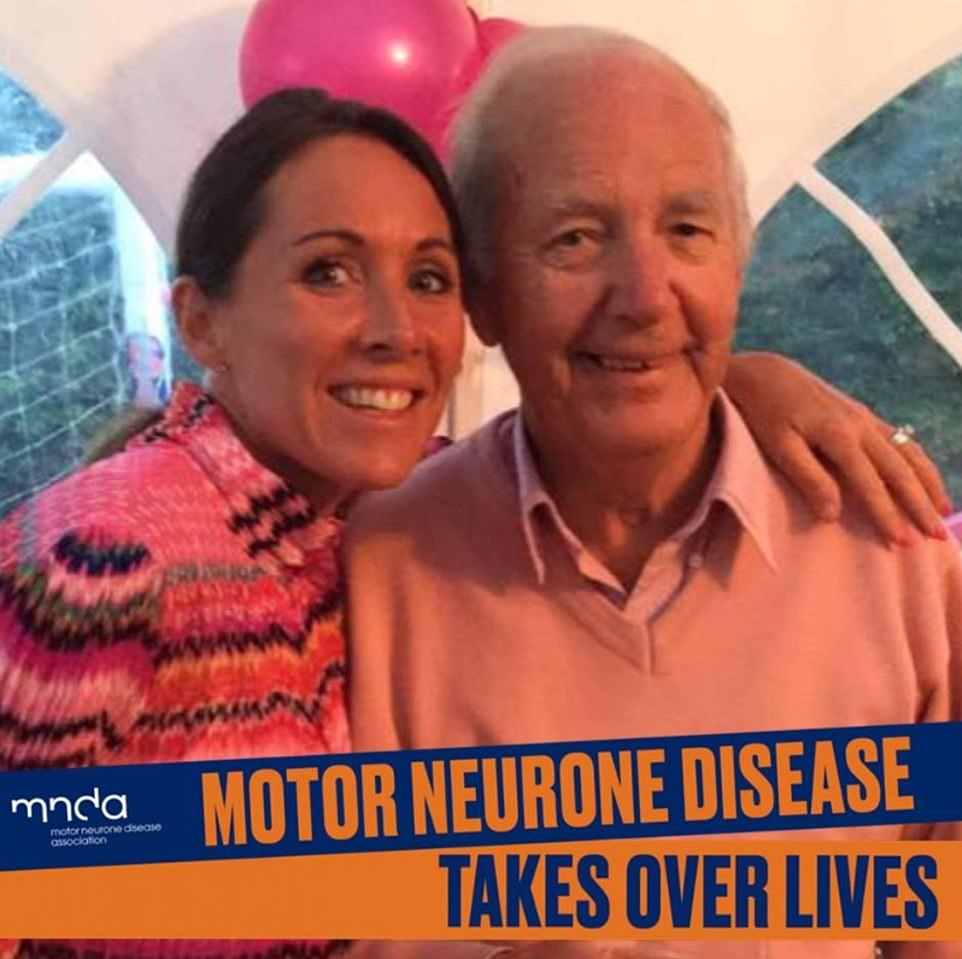 Geoff Whaley, pictured with his daughter Alix, passed away at the clinic at 10am 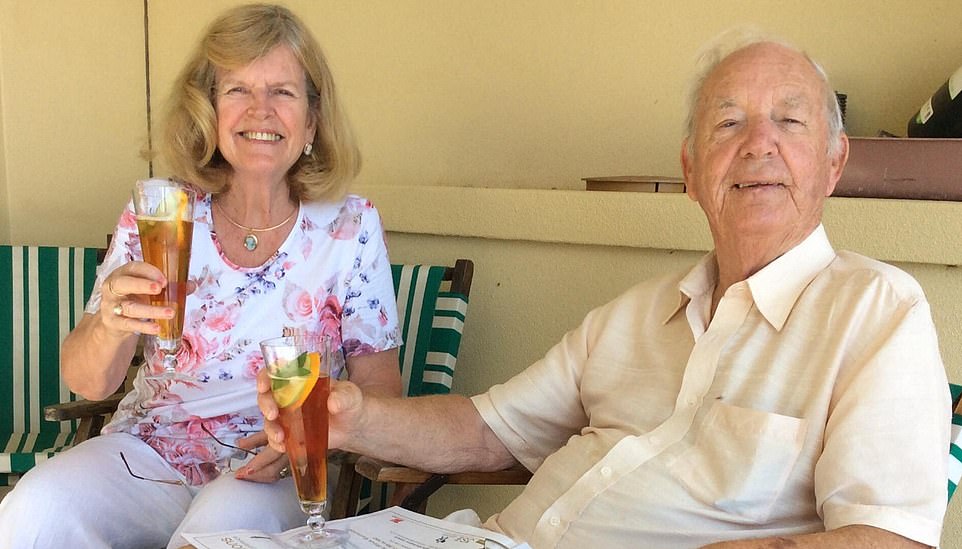 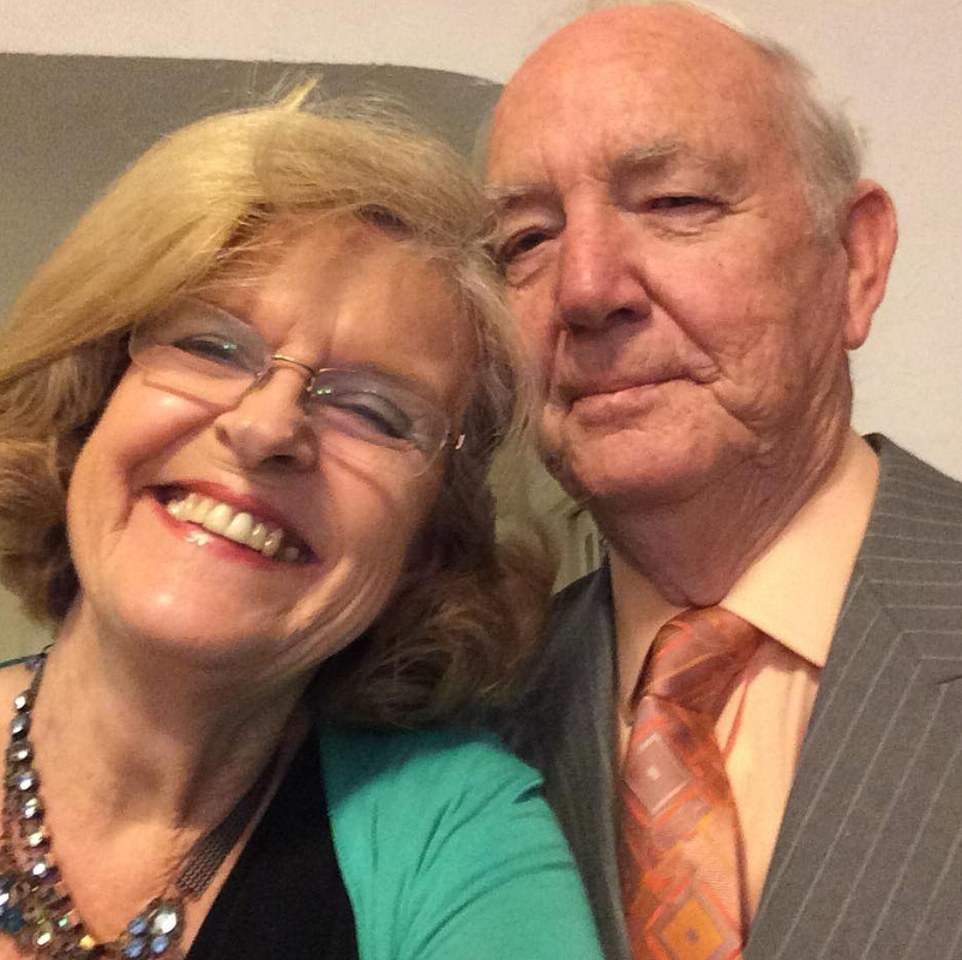 The 80-year-old, pictured with his wife Ann, said the final weeks of his life, had ‘been blighted by visits from social services and police.’ 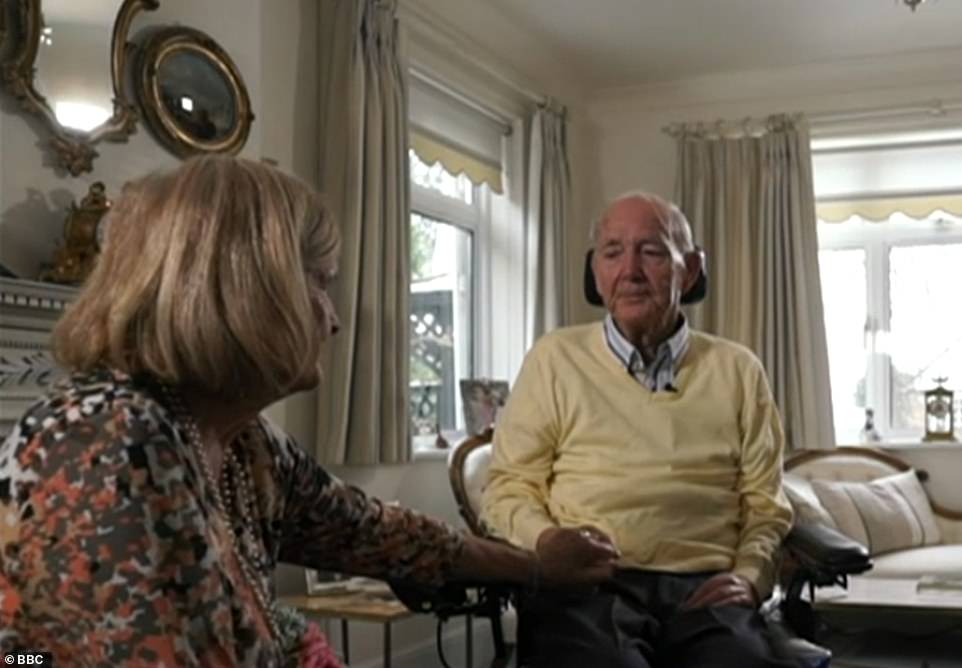 Speaking on the BBC, Mr and Mrs Whaley discussed their decision to travel to the controversial clinic in Switzerland.

Mr Whaley said he and his wife had ‘reconciled themselves’ to the fact that he would end his life and gave the reasoning behind his decision.

Mrs Whaley also revealed how she was questioned by Thames Valley Police officers who were responding to an anonymous call was received through the social services.

She said: ‘They [police] were clearly not expecting to find a non abusive situation . They were quite embarrassed.

‘His final limb had gone and he could no longer do anything for himself at all…he can’t hold a phone, he can’t press numbers, he can’t feed himself – whereas before he could hold a glass of gin and tonic even if I put a straw in it, he could do that.’

Mr Whaley told the BBC: ‘It is one of the illnesses that you wouldn’t wish on your worst enemy.

‘The final weeks or months which can be particularly gruesome I decided that I didn’t really want to go through that. We were quite reconciled to that.’

WHAT IS MOTOR NEURONE DISEASE (ALS)?

The NHS describes motor neurone disease (MND) as: ‘An uncommon condition that affects the brain and nerves. It causes weakness that gets worse over time.’

It was first discovered in 1865 by a French neurologist, Jean-Martin Charcot, hence why MND is sometimes known as Charcot’s disease.

However, according to Oxford University Hospitals: ‘Nearly 90 per cent of patients with MND have the mixed ALS form of the disease, so that the terms MND and ALS are commonly used to mean the same thing.’

Slurred speech is an early symptom and may later worsen to include difficulty swallowing food.

Muscle cramps or twitches are also a symptom, as is weight loss due to leg and arm muscles growing thinner over time.

MND is difficult to diagnose in its early stages because several conditions may cause similar symptoms. There is also no one test used to ascertain its presence.

However, the disease is usually diagnosed through a process of exclusion, whereby diseases that manifest similar symptoms to ALS are excluded.

The NHS says that MND is an ‘uncommon condition’ that predominantly affects older people. However, it caveats that it can affect adults of any age.

The NHS says that, as of yet, ‘it is not yet known why’ the disease happens. The ALS Association says that MND occurs throughout the world ‘with no racial, ethnic or socioeconomic boundaries and can affect anyone’.

It says that war veterans are twice as likely to develop ALS and that men are 20 per cent more likely to get it.

There is no cure for MND and the disease is fatal, however the disease progresses at different speeds in patients.

People with MND are expected to live two to five years after the symptoms first manifest, although 10 per cent of sufferers live at least 10 years.

Occupational therapy, physiotherapy and medicines such as riluzole are used to palliate the effects of the the disease.

Lou Gehrig was a hugely popular baseball player, who played for the New York Yankees between 1923 and 1939. He was famous for his strength and was nicknamed ‘The Iron Horse’

As well as being known as ALS and Charcot’s disease, MND is frequently referred to as Lou Gehrig’s disease.

Lou Gehrig was a hugely popular baseball player, who played for the New York Yankees between 1923 and 1939.

He was famous for his strength and was nicknamed ‘The Iron Horse’.

His strength, popularity and fame transcended the sport of baseball and the condition adopted the name of the sportsman.

He died two years after his diagnosis. 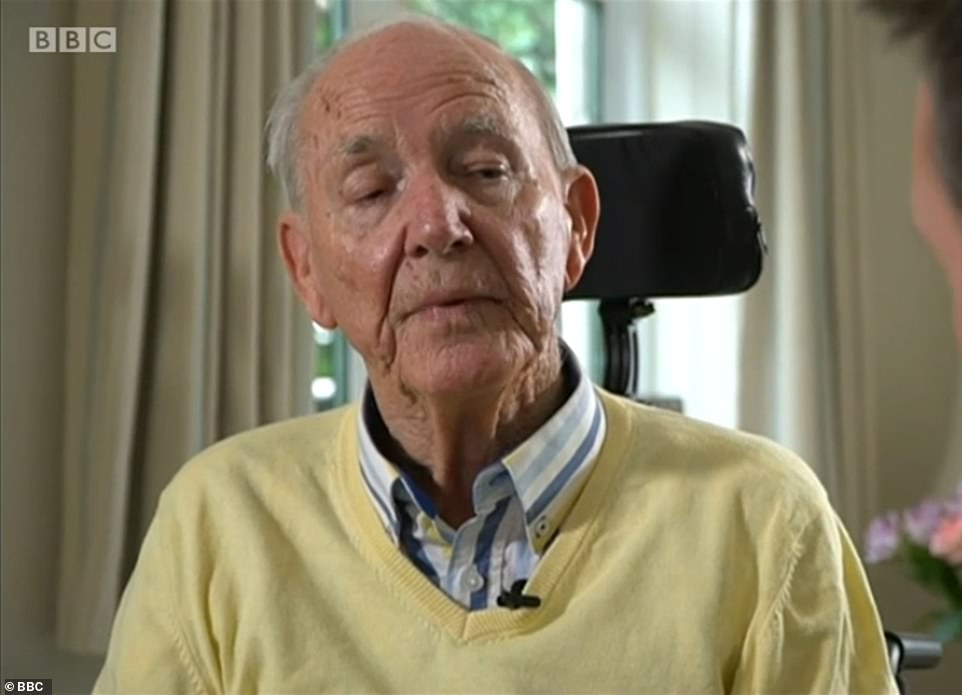 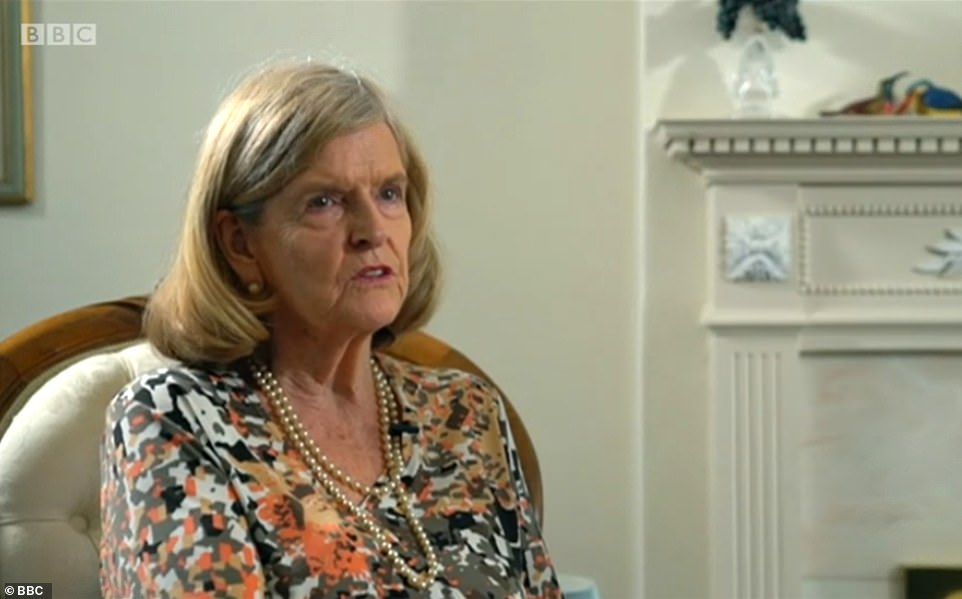 Ann Whaley, 76, was summoned to a police station to be interviewed under caution after officers responded to a tip-off

Mr Whaley decided he wanted an assisted death in Switzerland soon after his diagnosis, but worried police would take his passport, he feared his only other option would be to starve himself.

Police have since dropped the case, although it may be reopened should any new information come to light.

Labour peer Lord Falconer critised the law on BBC Radio 4 today, arguing Mr Whaley should be given the choice to end his own life.

He told the programme: ‘The idea that this is anything other than his own choice is absurd. The law is a pig.’

What are the rules on going to Dignitas for assisted suicide?

Patients travelling to Dignitas also need to be sufficiently healthy to travel from the UK to Switzerland, something that can quickly be robbed from patients with degenerative illnesses.

In May 2018, Dignitas confirmed the 394th person from the UK had died in its clinic.

Campaign group Dignity In Dying estimates that every eight days a Briton makes the journey to Dignitas.

The average cost of obtaining an assisted death overseas is £10,000.

Care Not Killing, an alliance of organisations and individuals opposed to a relaxation in assisted dying and euthanasia laws, estimates 273 Britons have travelled abroad for assisted suicide in the last 13 years.

The organisation, which was founded in 1998, is a not-for-profit society which strives of an ‘objective of ensuring a life and a death with dignity for its members’.

Among others, it’s activities consist of the following:

Any adult can become a member of the society, even if they are not a resident in Switzerland.

The organisation claims that in order to join, one needs to fill a declaration of membership and send it in.

Dignitas will then confirm the acceptance of membership in writing and provide the Dignitas patient’s instructions form.

The rules on going there for assisted suicide

The organisation does require some information before allowing people to carry out an assisted suicide.

It claims that it only deals with illnesses which will lead inevitably to death, unendurable pain or an unendurable disability.

In this case it can, on reasoned request and with medical proof, arrange for members to have an assisted suicide.