A man suspected of shooting and killing a veteran sheriff’s deputy in Maine has been captured after a massive four-day manhunt.

‘I’m extremely grateful for all those people involved that assisted Somerset County Sheriff’s Office in bringing Williams in,’ Lancaster said, according to WGME.

John Williams is suspected of fatally shooting a sheriff’s deputy in Maine on Wednesday morning. The 29-year-old was captured in a wooded area on Saturday

Some 200 law enforcement members in the area spent the past four days searching for Williams. The FBI had also announced a $20,000 reward for information leading to Williams’ capture.

Williams’ was arrested less than an hour after Cole’s wife pleaded for Williams to turn himself in.

‘I urge Mr. Williams to turn himself in or at least reach out to law enforcement. Mr. Williams, be assured you’ll be treated the same way Corporal Cole would have treated you, if you had given him the opportunity, with dignity and respect. We just want you to talk to someone. Even after all you have put us through, this is all we are asking of you. Please, please talk to us,’ Sheryl Cole said in a letter read by Lancaster during a news conference on Saturday.

Authorities have yet to release detailed information on Williams’ capture. The man was photographed being escorted out of a wooded area near Norridgewock Road in Farifield on Saturday afternoon. 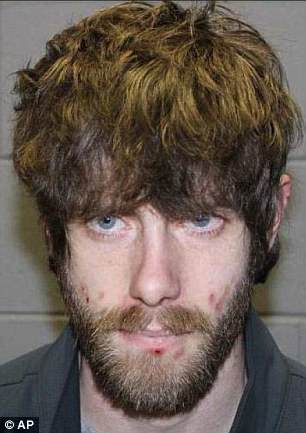 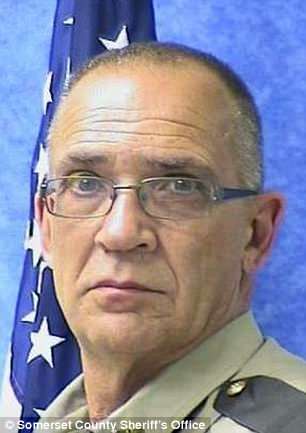 Williams was not wearing a shirt or shoes when he was arrested, and had a yellow tarp wrapped around his waist.

Cole, who Lancaster described as ‘one of the finest deputies’, was found dead in the front yard of a Norridgewock home. Kimberly Sirois told WGME she found the deputy’s body around 7:15am on Wednesday.

Cole’s car was later found abandoned off Martin Road around 5am on Wednesday.

Williams has a criminal history and was arrested in March by Massachusetts State Police and charged with carrying a firearm without a license, possession of a large-capacity firearm and other offenses, WGME reports. He was scheduled to appear in court for a hearing the day of the shooting.

Somerset County Sheriff’s Department has not released a motive for Wednesday’s crime.