A fan of one of Australia’s top models has been arrested after he allegedly developed an obsession that led to him turning up to work and social events she was attending.

I’m a Celebrity! Get Me Out of Here star Simone Holtznagel, 29, was allegedly followed to multiple functions by the man between June and July this year.

NSW Police on August 1 arrested Benjamin Reeves, 58, at his McMahon’s Point residence on Sydney’s up-market Lower North Shore and charged him with one count of stalking/intimidating.

A restraining order was also taken out by police on behalf of Ms Holtznagel, with a friend saying she was considerably shaken up, The Daily Telegraph reported. 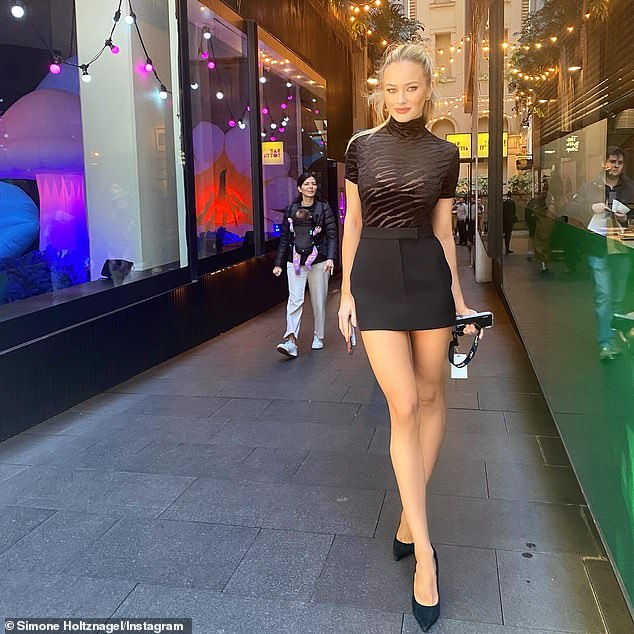 Reeves did not comment when approached by the publication.

‘From mid-2022 until Sunday, July 31, 2022, it’s alleged a man repeatedly followed her (Ms Holtznagel) to multiple locations and intimidated her,’ police said in a statement.

‘The man was not known to the woman. The man was taken to Chatswood Police Station where he was charged with stalk/intimidate intend fear physical harm.’

Reeves has been released on bail and will appear in Hornsby Local Court on August 23.

Ms Holtznagel is understood to be holidaying with her celebrity personal trainer boyfriend Jono Castano.

The Australia’s Next Top Model star and Mr Castano were reportedly dating since early 2022 but initially kept their romance under wraps before going public in May when they were seen passionately kissing at Mimi’s restaurant in Coogee.

Just last week she confirmed the pair had moved in together when she shared a video of Mr Castano on the couch and wrote: ‘When you’ve never lived with a boy and now you live with your fifaboyfriend@ jonocastanoacero, in reference to Jono playing FIFA soccer with a friend on the couch amidst raucous laughter. 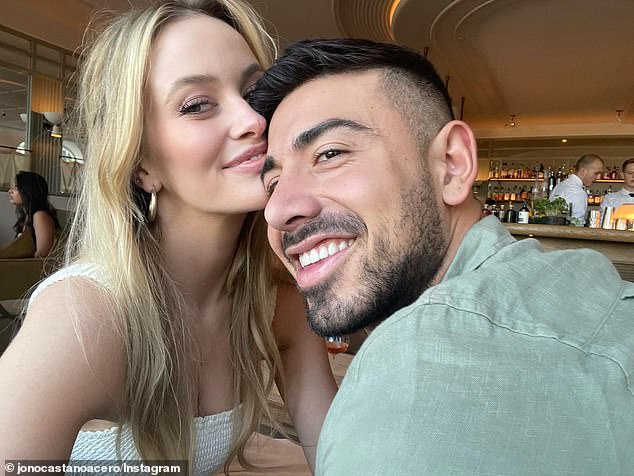 The pair first met several years ago when she was one of the trainer’s highest profile clients – though he was previously married to business partner Amy Castano.

Despite splitting last year, the pair remain on good terms and still co-own the Acero gym in Sydney.

The personal trainer to the stars has helped the likes of Rita Ora, Rebel Wilson, Michael Clarke, and Candice Warner, get into shape.

Ms Holtznagel has fronted international modelling campaigns for the likes of Guess Jeans and most recently appeared on TV in SAS Australia. 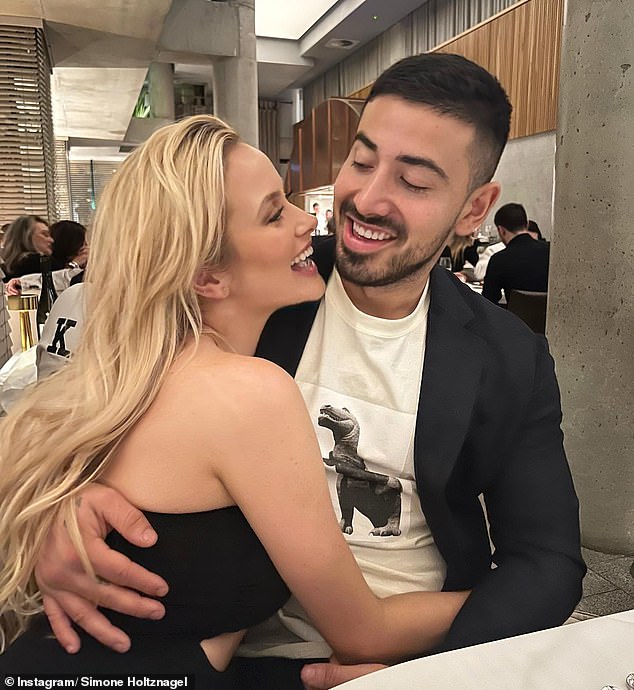