A budding paparazzo is under police investigation after printing out Sophie Monk and Stu Laundy’s boarding passes at Sydney domestic airport on Friday.

20-year-old Jayden Seyfarth allegedly used a self-serve check-in to print the passes, before using them to enter Virgin’s VIP lounge in order to get up close and personal with The Bachelorette and her new multi-millionaire boyfriend.

On Sunday, a spokesperson from the Australian Federal Police confirmed to Daily Mail Australia that they ‘received a referral on Friday regarding the alleged unauthorised access of travel documents by an individual.’

They added: ‘Serious penalties can apply when aviation security is found to have been breached’.

The situation exposes a potential flaw in the security of domestic travel, as civilians can enter airport travel lounges without having their identification verified.

On Sunday, however, Jayden appeared to deny the allegations, taking to Instagram writing: ‘Lol lol lol ! I was always made for the front page. Probably my last feast in the Virgin Australia lounge. btw never believe what articles say they’re filled with lies and rubbish 99% of the time’. 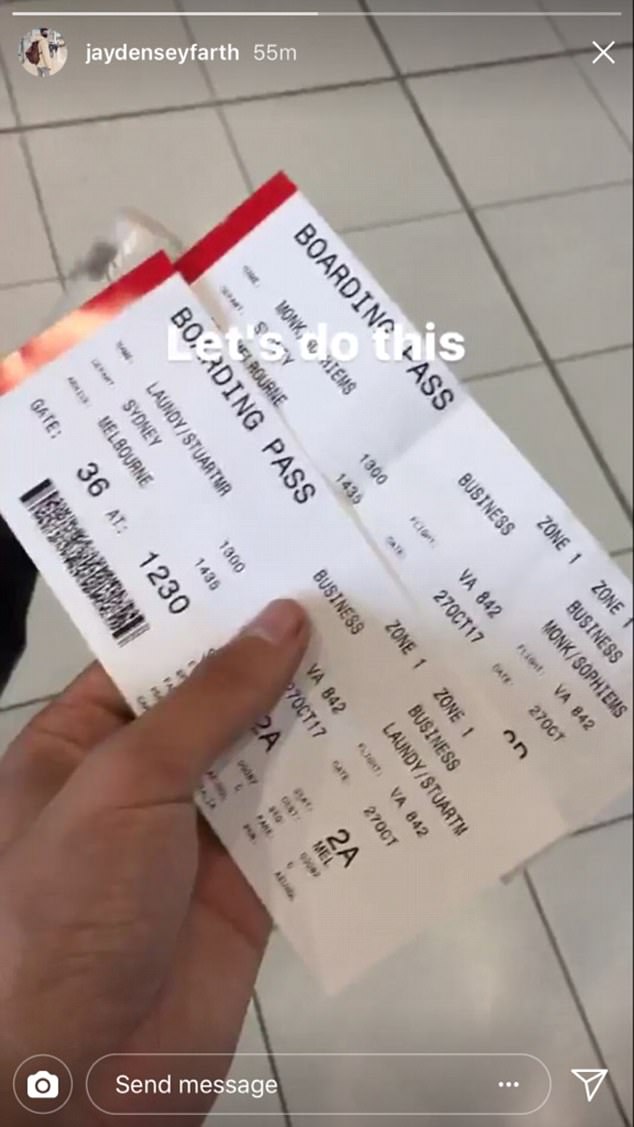 Under investigation: On Friday, Jayden took to his Instagram account sharing a photo of Sophie’s and Stu’s boarding passes, accompanied by the caption: ‘Let’s do this’

Jayden is a well-known autograph hunter who has met some of the most famous stars in the world, including Prince Harry, Tom Cruise and Justin Bieber.

He is also a budding paparazzo, with more than 6700 Instagram followers.

On Friday, the youngster took to his Instagram account sharing a photo of Sophie and Stu’s boarding passes, accompanied by the caption: ‘Let’s do this.’

Daily Mail Australia has reached out to Jayden for comment. 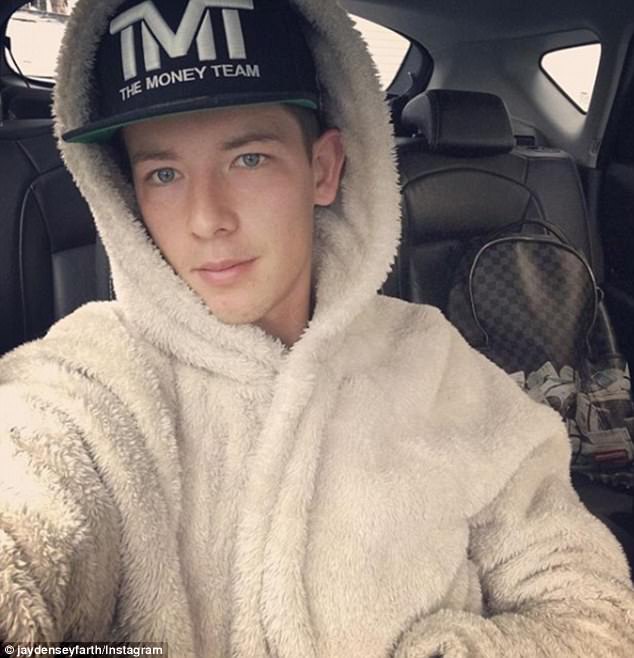 Investigating: Jayden is a well-known autograph hunter who has met some of the most famous stars in the world

The incident comes just a week after Australian cricketer David Warner took to social media accusing Jayden of following he and wife Candice into the supermarket.

He also claimed Jayden decided to ‘wait at the front of my daughters [sic] dancing class even before we got there’.

The cricket ace added he was ‘a bit concerned’. 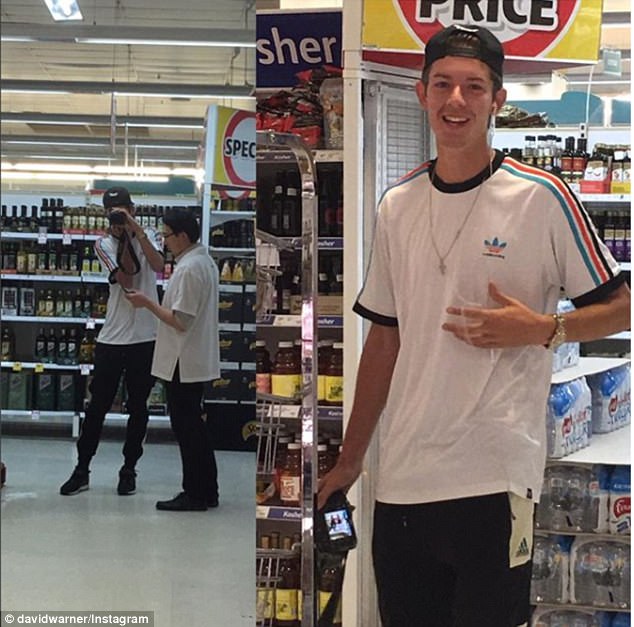 ‘Concerned’: Last week, David Warner shared the above photos of Jayden after he following him into the supermarket

It is not the first time Jayden has come under fire from celebrities.

Last year, he made headlines when he wished death upon Pia Mia, a friend of Kylie Jenner’s, as she flew out of Sydney airport.

After the American singer refused to pose for a selfie with him, Jayden shouted at her: ‘I hope your plane crashes.’ 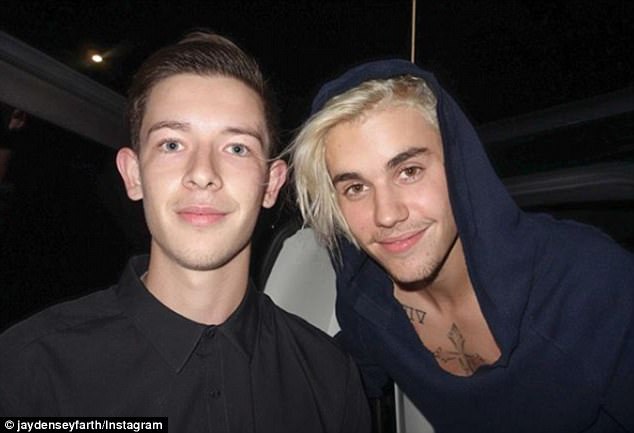 Up close and personal: Jayden has met some of the world’s biggest names, including Justin Bieber

Pia later said on Snapchat: ‘Telling people you hope their plane crashes is rude. It’s more than rude and just not nice, it’s just inhumane, it’s like why? What is your point?’

Following the incident, over 10,000 people signed a Change.org petition, ‘Punish Jayden Seyfarth for privacy harassment and make sure he can’t do this anymore.’ 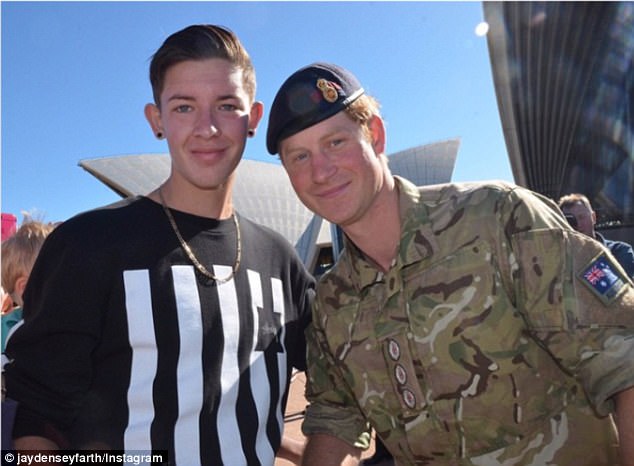 The aspiring snapper has been accused of trying to infiltrate the paparazzi industry.

In 2016, Matrix Matrix Media director Ben McDonald slammed Jayden as being nothing but an ‘overzealous fan’ in search of ‘fast cash’.

‘The golden rule of collaborating with talent is you don’t go throwing them under the bus when they move on,’ he said.

‘I have no issue with a bloke taking some initiative and getting out there for good content but what this Merry Andrew is doing, is operating under the pretense of being a photographer when what he really is is an overzealous fan who saw an opportunity to make some fast cash, which in my book makes him a charlatan.’ . 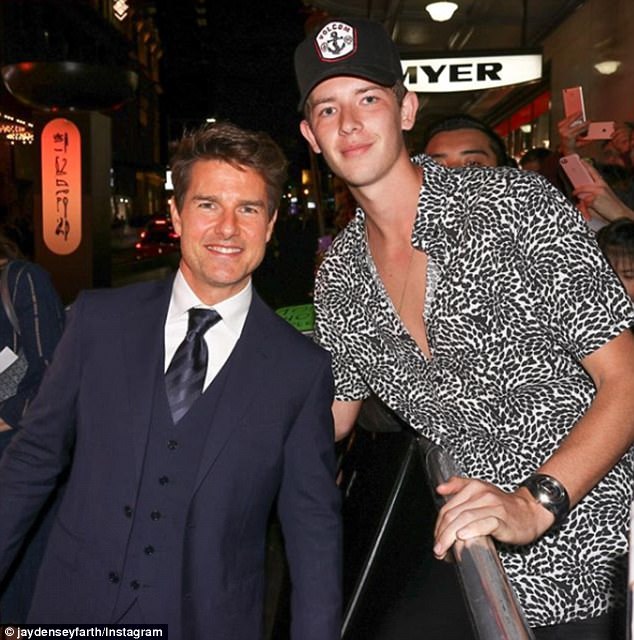 Fan: Jayden pictured with Tom Cruise at a movie premiere