A man and a woman were stabbed last night as an out-of-control rave in London with hundreds of youths turned bloody.

Three people have since been arrested for the scenes of violence in Hackney which saw the ravers throwing bottles and missiles at the police who arrived in riot gear.

A man in his 20s was initially suffering life-threatening stab wounds but his condition has stabilised today.

A woman was also found with minor stab wounds and she has since been discharged after receiving treatment.

The large police presence saw helicopters and dogs at the wild party in Hackney after locals reported the youths running riot.

Some residents took to social media with one saying he had ‘never seen anything like it in the time [he] had lived here’. 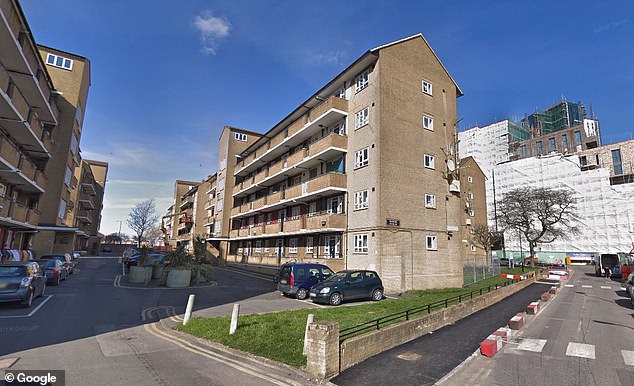 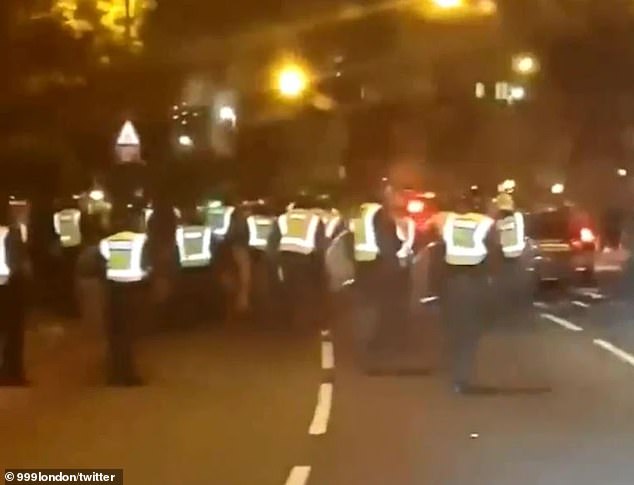 When police arrived at the party at 11.30pm, they were met with missiles and bottles launched by the revellers

The Metropolitan Police told MailOnline: ‘Police were called on Saturday, 29 June at around 11:30pm to reports of a party taking place at Mendip House, Woodberry Down Estate with a man seen in possession of a knife.

‘Officers attended and were met with bottles and missiles that were thrown at them. 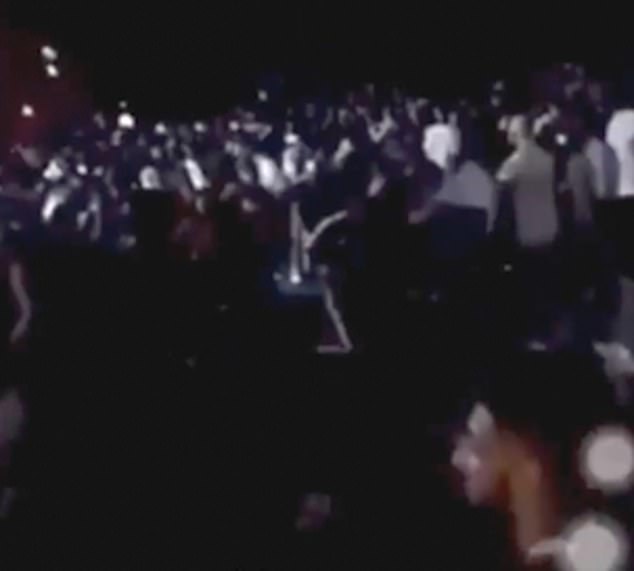 ‘A man, aged in his 20s, was found suffering stab injuries; he was taken to an east London hospital – his condition is not life threatening.

‘A woman was also found by officers suffering from minor stab injuries – she was discharged following treatment. A total of three people have been arrested.

‘One male, arrested on suspicion of attempted murder, remains in custody.

‘One male and one female, arrested on suspicion of violent disorder, have been bailed pending further enquiries.

The violent scenes come as four people have been killed in the capital this weekend, bringing London’s murder toll to 67.