A man has been charged after allegedly firing 20 bullets at multiple homes and a police car during a shooting spree that rocked a small village.

Residents in Dunoon, 20km north of Lismore in northern NSW, were sent into lockdown after reports of gunfire first emerged about 9pm on Saturday.

Terrified neighbours alerted police after initially hearing shots being fired at a home on Rayward Road in the village of about 800.

Police received more reports of shots being fired at two separate homes on the same road and another on Duncan Road while on their way to the scene. 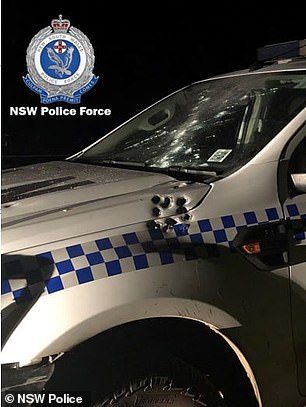 A man has been charged over an alleged shooting in northern NSW with a number of homes and police vehicles fired at (pictured, damage to a police car)

Residents at home at the time were forced to shelter inside but no injuries were reported.

Officers subsequently heard more shots fired in the area as they raced to the area. Shots were allegedly fired at a police car a short time later, causing major damage.

‘When someone is using a shotgun… we had police taking cover behind police vehicles, when vehicles were shot,’ Acting Superintendent Susan Johnston from the Richmond Police District said, the Northern Star reported.

‘We had people who were in the houses when shots were going through the windows. It was quite serious.’

The tactical response unit was called in, along with negotiators, police rescue and the dog unit, who were assisted by Queensland Police helicopters.

The 63-year-old man was arrested about midnight at a Rayward Road property and taken to Lismore Police Station. He is in hospital receiving treatment for an unrelated health condition. 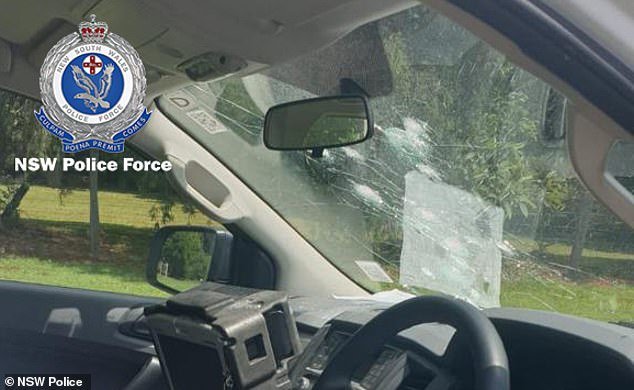 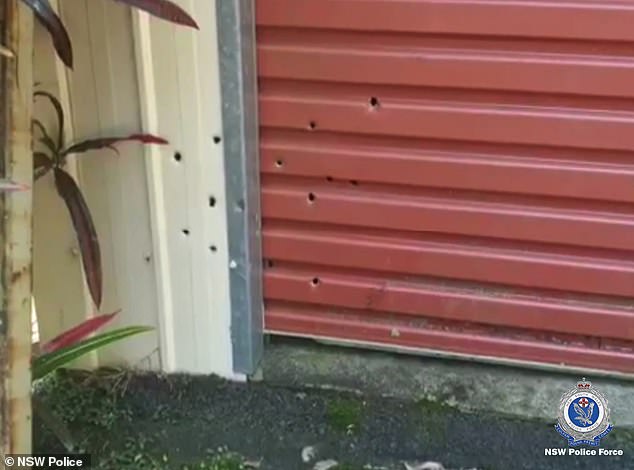 The alleged shooting took place at Dunoon, in northern NSW (location in proximity to Sydney and Brisbane pictured), on Saturday night

Hours later he was charged with eight firearms offences and refused bail to face Lismore Local Court on Monday.

Residents of six homes have since been told to move out while police canvass the area. Supt Johnston said those residents were ‘quite upset, understandably’.