A father-of-three has died after he was struck by a car in an alleged hit-and-run when he and his wife became separated on a midnight walk home from a country pub.

Darrin Pierce, 44, had been walking along the Princes Highway at Berwick, an hour east of Melbourne, just after midnight on November 26 when he was hit.

Mr Pierce, a well-known local pest control operator, was found with ‘life-threatening’ injuries on the side of the highway by two teenage girls before he was rushed to hospital.

He was unable to be saved.

Darrin Pierce, 44, died after an alleged hit-and-run incident on Princes Highway at Berwick, an hour east of Melbourne. He and wife Kati (pictured together) were walking home but became separated along the walk 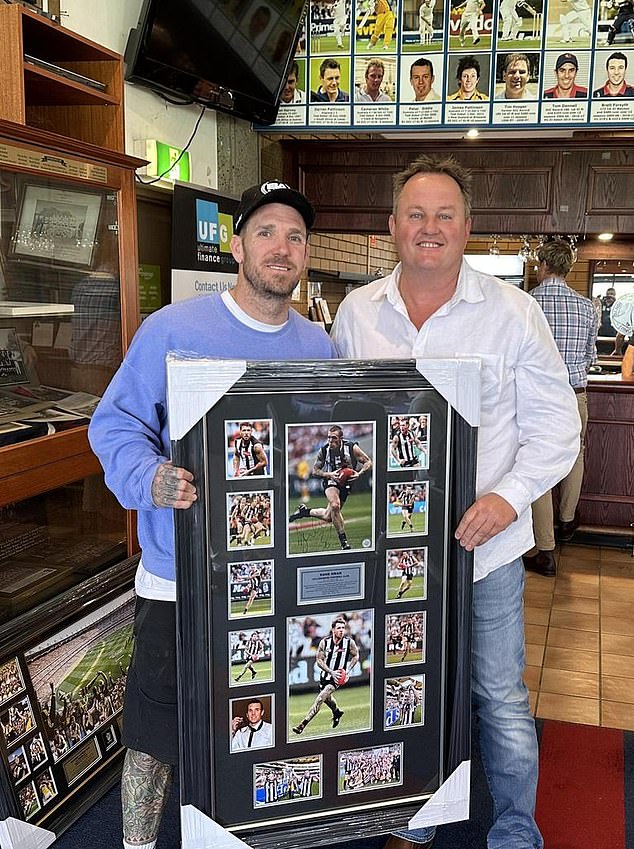 Only hours before his death Mr Pierce, a devoted Collingwood fan, was pictured smiling beside his hero, former Magpies star Dane Swan at the pub

A 31-year-old man from Narre Warren was arrested on Saturday and is assisting police with their enquiries.

Mr Pierce’s devastated widow, Kati Pierce, said she and her husband had decided to make the 15 minute walk home after being at the pub for dinner and drinks.

She had been walking ahead of him on the footpath while he walked along the road.

‘I walked before him and he came later but I could still hear him talking behind me. But I got home and he didn’t come home,’ Mrs Pierce told the Herald Sun.

Two teenage girls, believed to be 18, had found Mr Pierce dying beside the Princes Highway and stopped to comfort him, before calling an ambulance.

‘I hear one girl put his head on her leg and comforted him, that’s very kind,’ Mrs Pierce said. 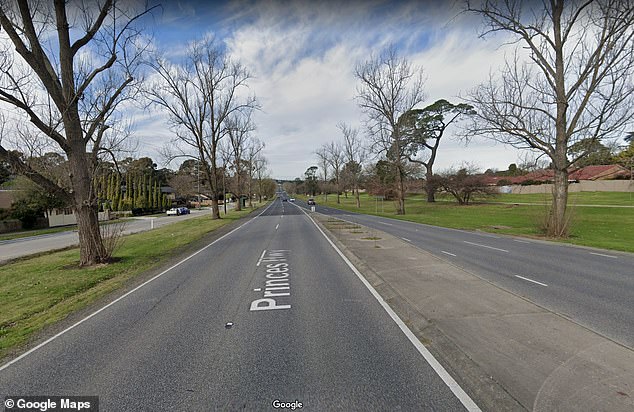 Mr Pierce, a well-known local pest control operator, was found with ‘life-threatening’ injuries on the side of the highway and rushed to hospital, where he later died

Only hours before his death Mr Pierce, a devoted Collingwood fan, was pictured smiling beside his hero, former Magpies star Dane Swan at the pub.

He went for dinner and drinks with his wife and had met Swan at a sportsman’s event in Berwick only hours before the fatal accident.

Mr Pierce has two children from a previous marriage, and a young son Jordan with Mrs Pierce.

‘December is my birthday, we planned to spend it together but he’s not here with me. I have no family here. I don’t know what I’m going to do. I can’t speak English well,’ she said.

Victoria Police say investigations into the incident are ongoing and urged any witnesses or people with dashcam footage to call Crime Stoppers on 1800 333 000.