Man arrested after fan slaps player while holding a child

A man is under investigation on suspicion of assault and affray after touchline trouble during a Europa League match between Everton and Lyon.

One angry Toffees fan appeared to slap the French team’s goalkeeper while holding a child sucking a dummy.

Footage of the fan appearing to grapple with opposition players while carrying the youngster went viral.

An Everton fan (outstretched arm, left) who was holding a child got himself involved in a mass mid-match brawl on Thursday 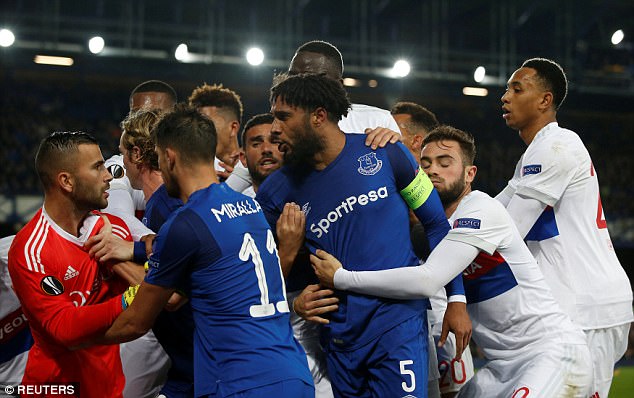 Everton has banned one fan for life and were charged by UEFA for failing to control their supporters during Thursday night’s Uefa cup tie.

On Saturday Merseyside Police said a man, aged 30, had been interviewed on suspicion of assault and affray and has been released under investigation.

The incident happened during the second half of the first leg with the home side trailing visitors Lyon.

Toffees skipper Ashley Williams’ push on goalkeeper Anthony Lopes ignited a heated confrontation between several Everton and Lyon players which continued off the pitch and in front of the Howard Kendall Gwladys Street End.

While players continued to push each other in front of the fans, the Everton supporter, who was holding a child, appeared to push Lopes’ head and seemed to aim a punch in the direction of the keeper and defender Mouctar Diakhaby. 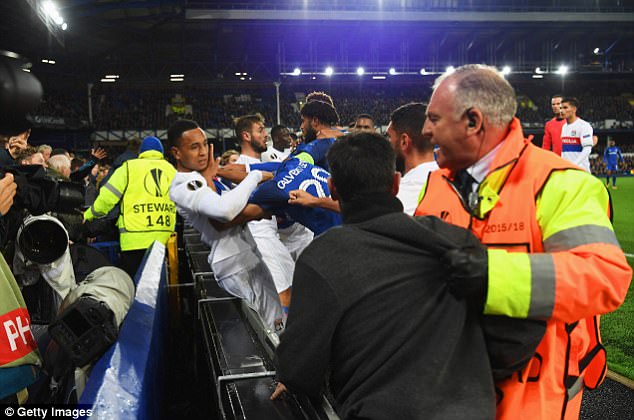 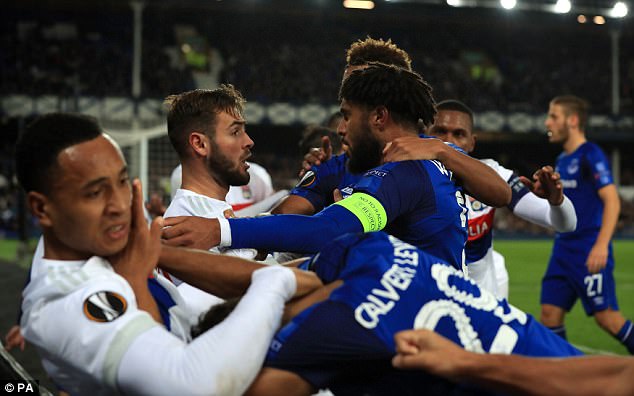 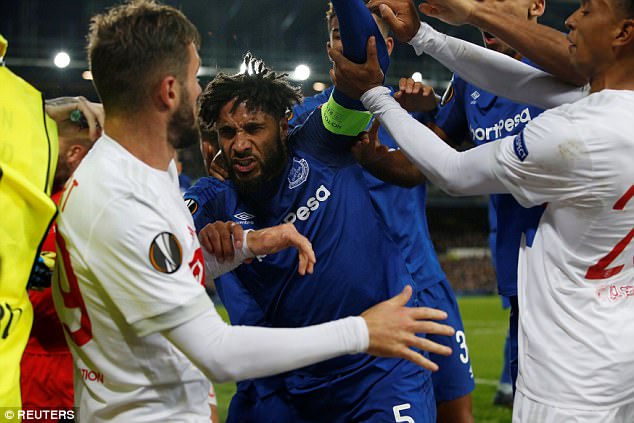