A 71-year-old man who was arrested on suspicion of murder after the death of a woman on Good Friday has been released without charge.

Northumbria Police have said a woman’s body was found following a search of an address in Longhorsley, a village in Northumberland and an investigation was launched.

However following the initial arrest police have said that they ‘believe there was no third party involvement’ in the woman’s death.

Paramedics attended but she was pronounced dead at the scene.

Photos showed police crime scene tape cordoning off the entrance to the house.

Several police cars were in attendance on Friday and the cordon was still in place this morning with officers at the scene.

Residents in the rural village described seeing a number of police cars nearby on Friday night.

A friend of the couple said: ‘I knew she had cancer and she was so pleased to tell me she got the all-clear. But then the last time I saw her partner he said it had come back.

She has been poorly for some time.’

Ian Millar, owner of Millar’s Village Shop in Longhorsley, said: ‘I came into work this morning and people were saying there was a lot of police activity in the village. People have been coming into the shop and asking what is going on.

‘It’s quite shocking, it is a quiet village and don’t expect this to happen. 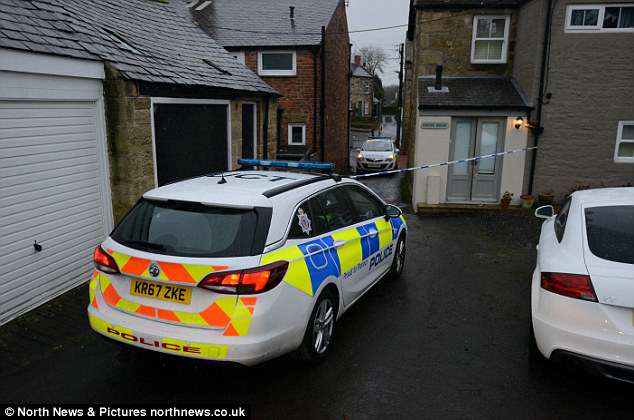 ‘We have been here for ten years and nothing like this has happened in the village. People have been talking about it and asking what is happening, it’s awful news,’

Another resident said: ‘There was a lot of commotion last night [Friday] at about 10.15pm. My daughter heard a lot of sirens.

‘On Facebook a lot of people are saying police have announced there has been a body found. 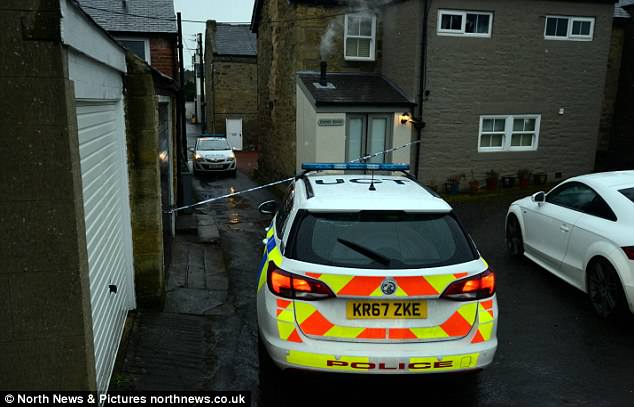 A police spokesman said: ‘Officers have now launched a full investigation but are not in a position to name the deceased at this time’

‘There’s a thing on at the village hall this morning selling toasties and tea cakes. It’s scary.’

One resident said: ‘I have lived here for 53 years and nothing like this has happened before. It is a quiet village. An elderly couple lived there, they must have been there for 20 years. It’s a big shock.’

Another said: ‘I don’t know the woman but I knew him slightly, just to say hello to. It’s not a nice thing to happen. I have lived here for 14 years and nothing like this has happened before. It’s a shame.’

Initially a Northumbria Police spokesman said: ‘Following the search of an address in Longhorsley, yesterday, police have found the body of a woman.

‘Emergency services attended but sadly the woman was pronounced dead at the scene.

‘Officers have now launched a full investigation but are not in a position to name the deceased at this time.’

But the force later released a statement saying: ‘Police investigating the death of a women last night in Longhorsley can now confirm they do not believe there to be any third party involvement.

‘A 71-year-old man arrested in connection with the incident has been released with no further action.’