Neo-Nazis were forced to cancel a ‘White Lives Matter’ rally after they were outnumbered and taunted by counter-protesters in Tennessee.

A group of 300 white supremacists gathered in Shelbyville on Saturday afternoon to protest the increase in the number of refugees living in the area.

The event was organized by many of the people who were involved in the march in Charlottesville, Virginia, earlier this summer, that descended into violence.

But between 800 and 1,000 demonstrators confronted them in the street, in front of a heavy police presence, and put a stop to a second planned event in Murfreesboro just a few hours later.

The two cities are just southeast of Nashville, where there has been an increase in refugees from Somalia, Iraq and other countries.

One man was arrested during the rally after he was deemed a threat for displaying erratic behavior during a White Lives Matter Rally that took place Saturday.

John Gill Anderson, 20, was charged with disorderly conduct stemming from the event in Shelbyville on U.S. Highway 231 and Lane Parkway around 12:30 p.m.

Shelbyville police Lt. Brian Crews, who stood in for the rally, said the man ‘refused to cease and desist when told,’ leading to his temporary custody, according to the Tennessean. 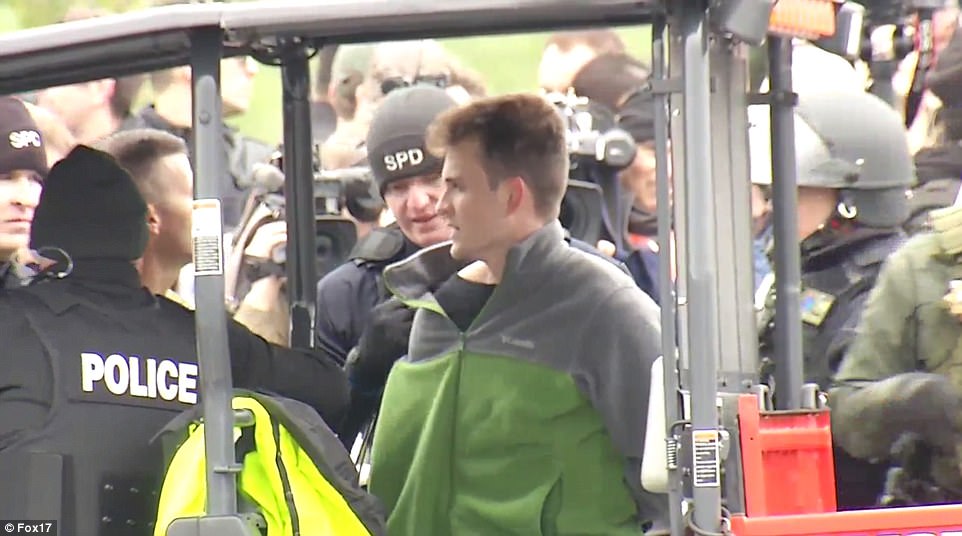 John Gill Anderson, 20, was charged with disorderly conduct stemming from the event in Shelbyville located on U.S. Highway 231 and Lane Parkway around 12:30 p.m. 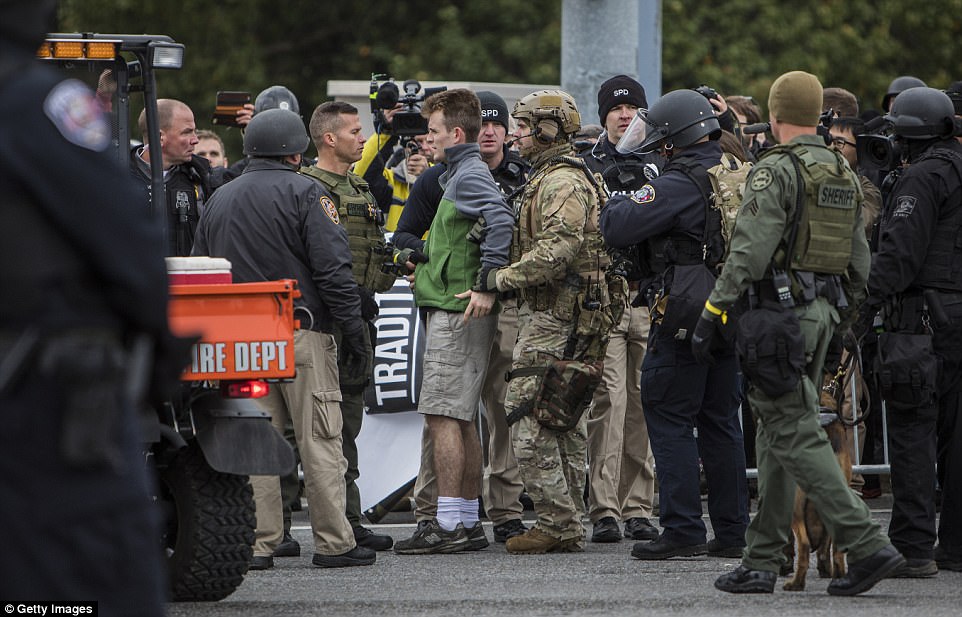 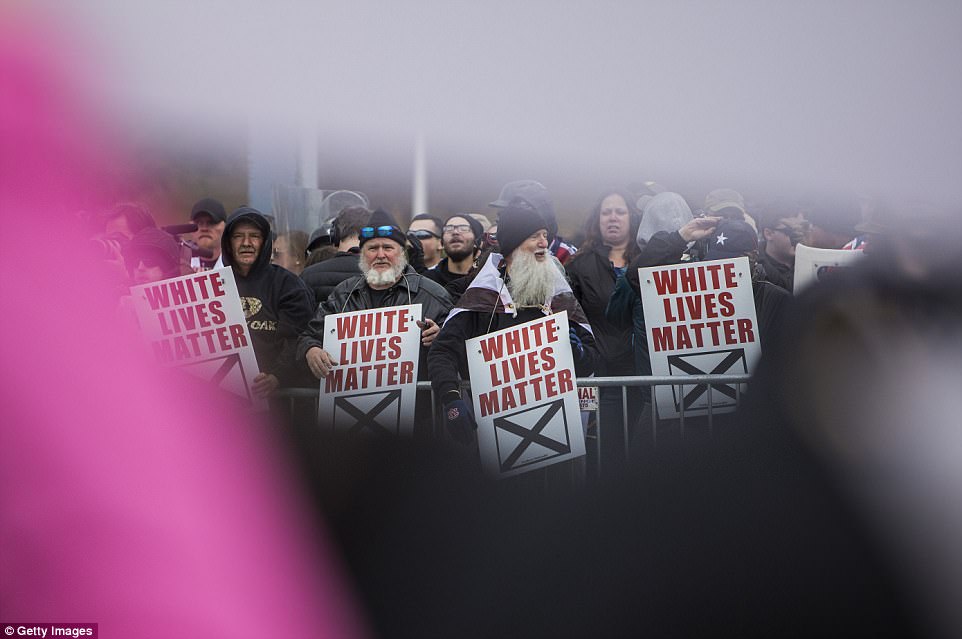 White Lives Matter protesters demonstrate during the rally on October 28, 2017 in Shelbyville, Tennessee 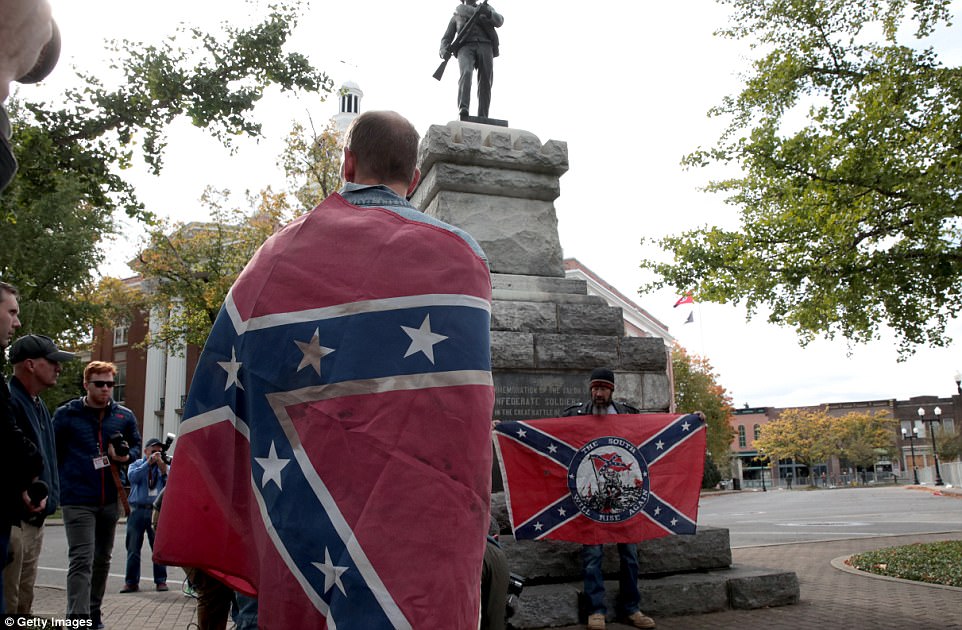 White Supremacists hold Confederate flags during a rally in Mufreesboro, Tennessee, that was eventually cancelled

Aside from the arrest, authorities said there were no violent incidents and ‘everything went lovely,’ Crews confirmed in the interview with the local newspaper.

‘As far as we know everything is over. We’re taking down our fences,’ the officer added.

Also Saturday afternoon, another white nationalist rally took place in the city of Murfreesboro – about 25 miles north of Shelbyville.

The demonstrators chanted and marched on Veterans Parkway and Church Street south.

The rally created a ruckus for travelers in the area, too – who were heard honking their car horns and shouting along. 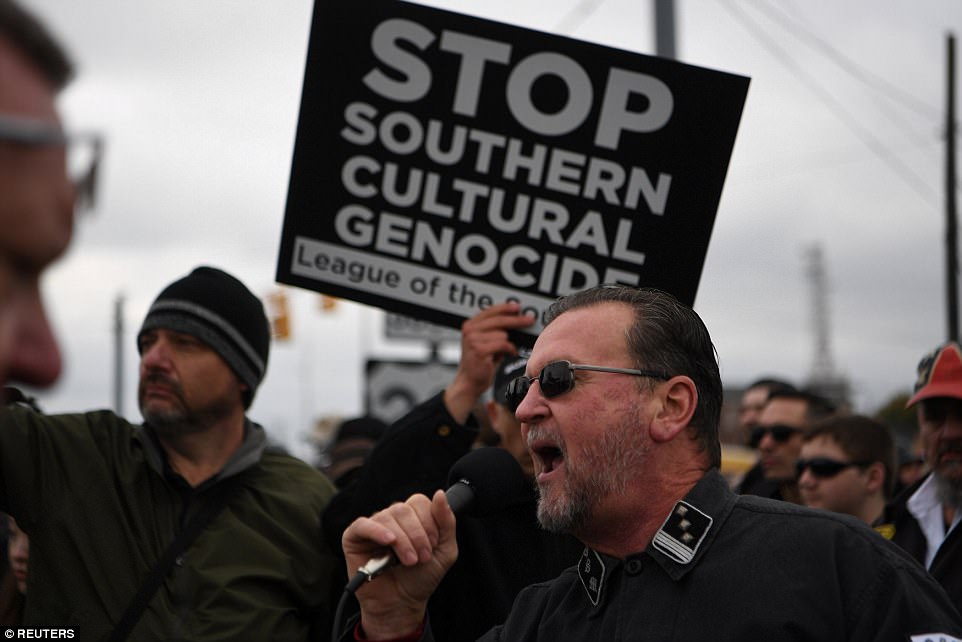 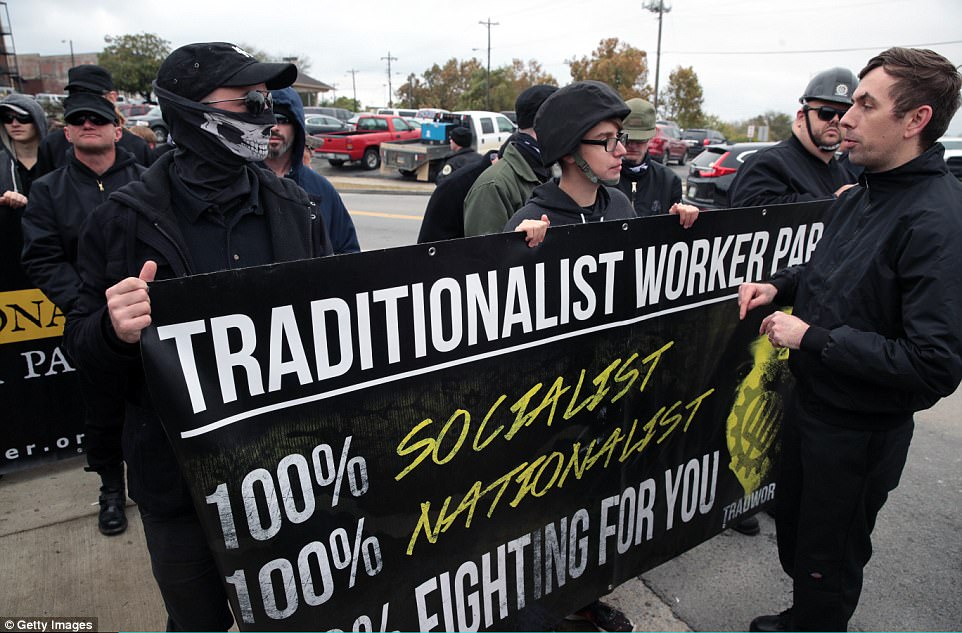 People hold a sign that reads ‘100% socialist, 100% nationalist’ while standing on the streets 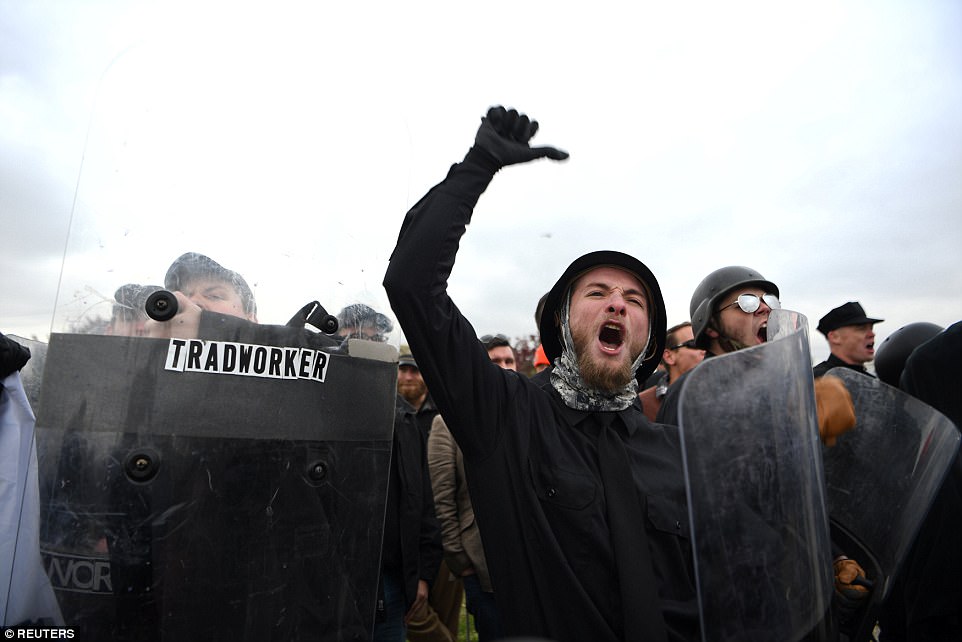 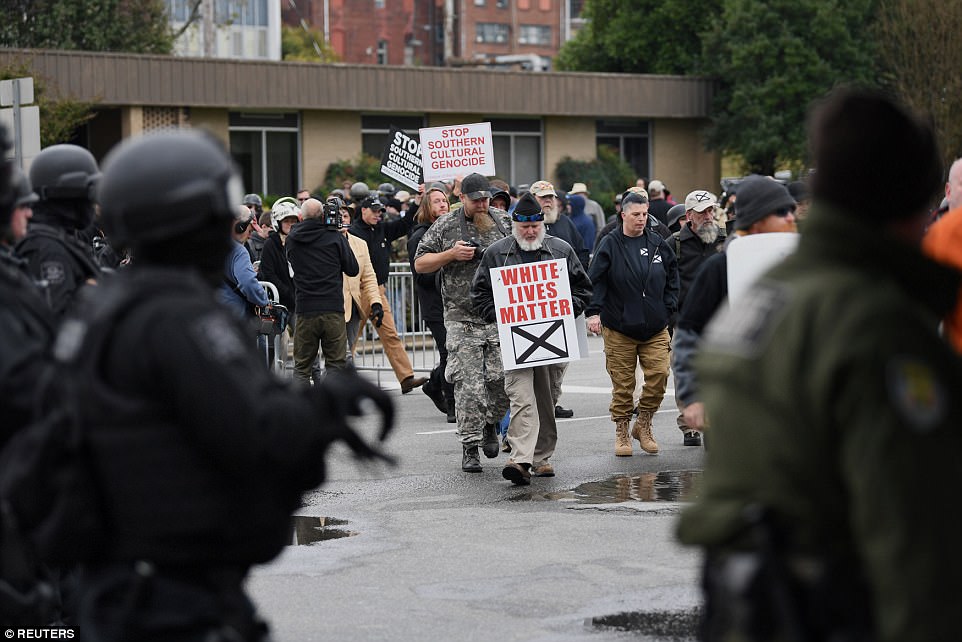 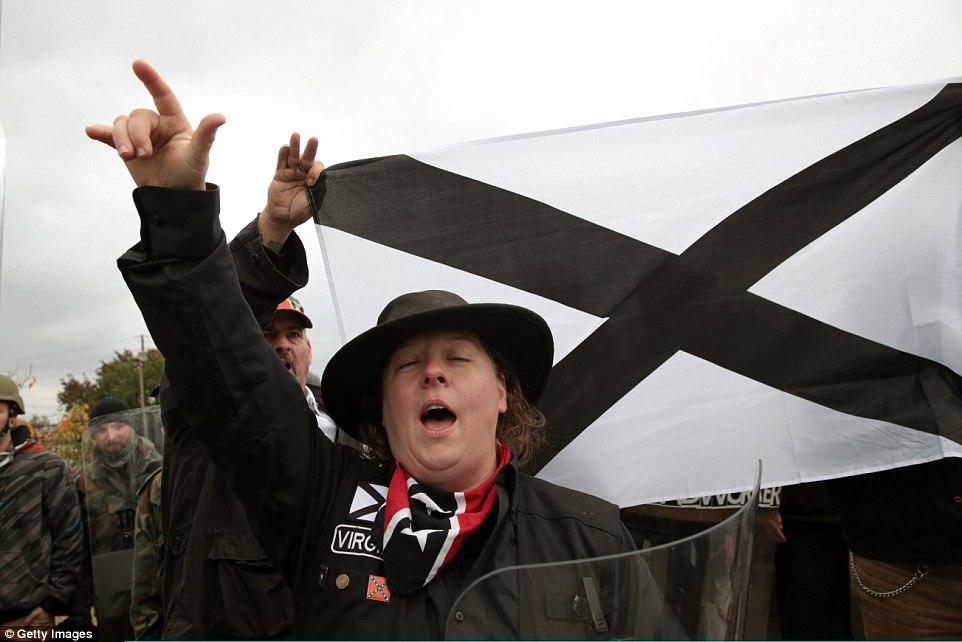 The Shelbyville and Murfreesboro rallies were hosted by Nationalist Front, which is a coalition of several white supremacist organizations 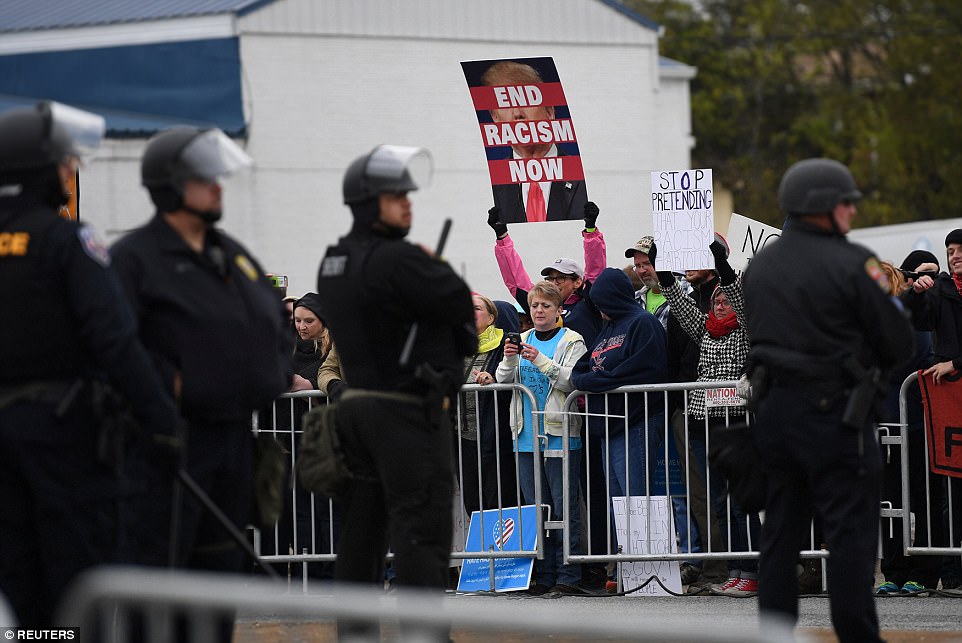 Counter-protesters line the street across from a White Lives Matter rally in Shelbyville, Tennessee 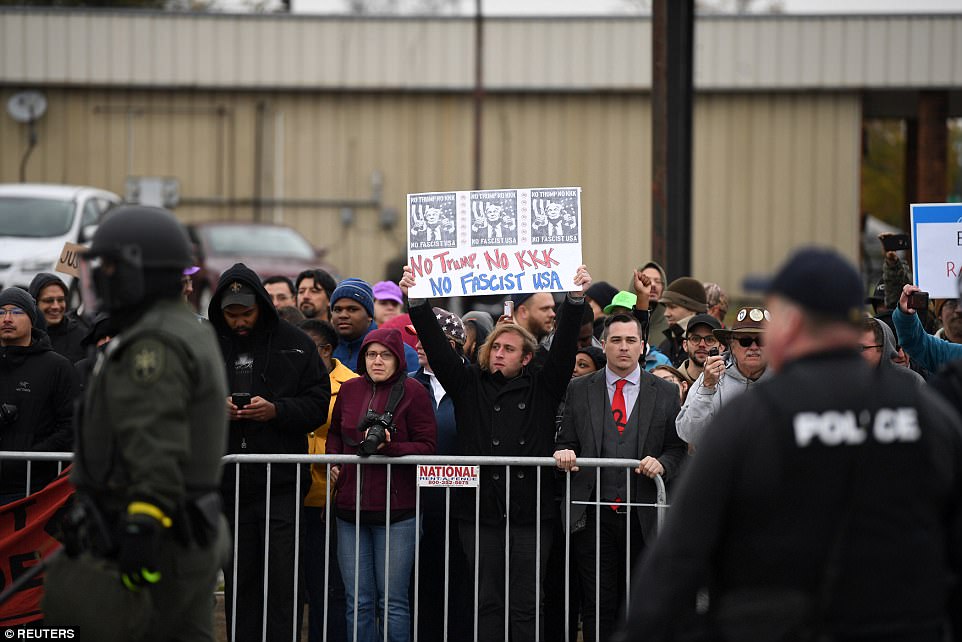 As of Saturday afternoon, authorities said no violent incidents took place at either rally 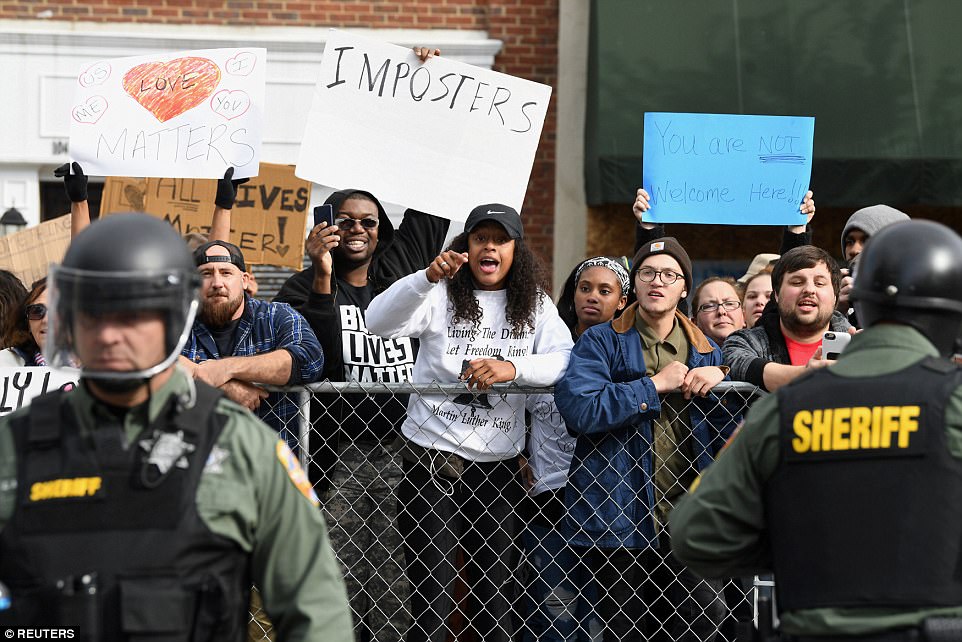 Organizers ordered both protesters and counter-protesters to stay on separate sides of the street for precautionary purposes.

Murfreesboro resident Sherry Walker, 57, burned sage as she trotted through the controversial rally.

‘The smoke is lifting our prayers to heaven … ‘It’s for cleansing and healing and peace,’ Walker said at the event.

Brad Griffin, who assisted in organizing the Shelbyville rally, said the event lasted for three hours from 10am to 1pm.

The Murfeesboro rally kicked off in the afternoon will likely continue through the evening.

The White Lives Matter protests were hosted by organizations involved in the deadly Charlottesville, Virginia attacks. 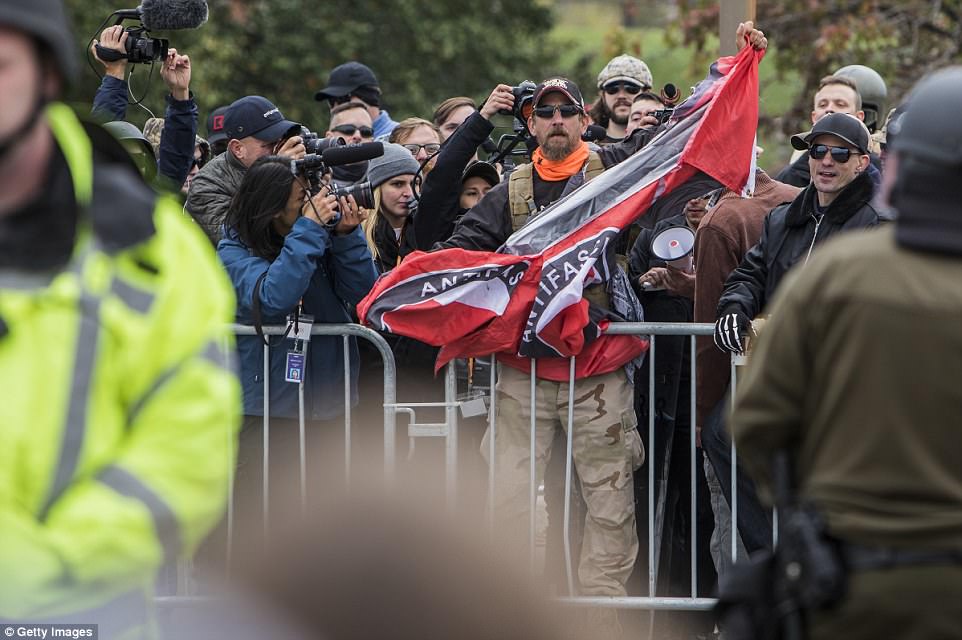 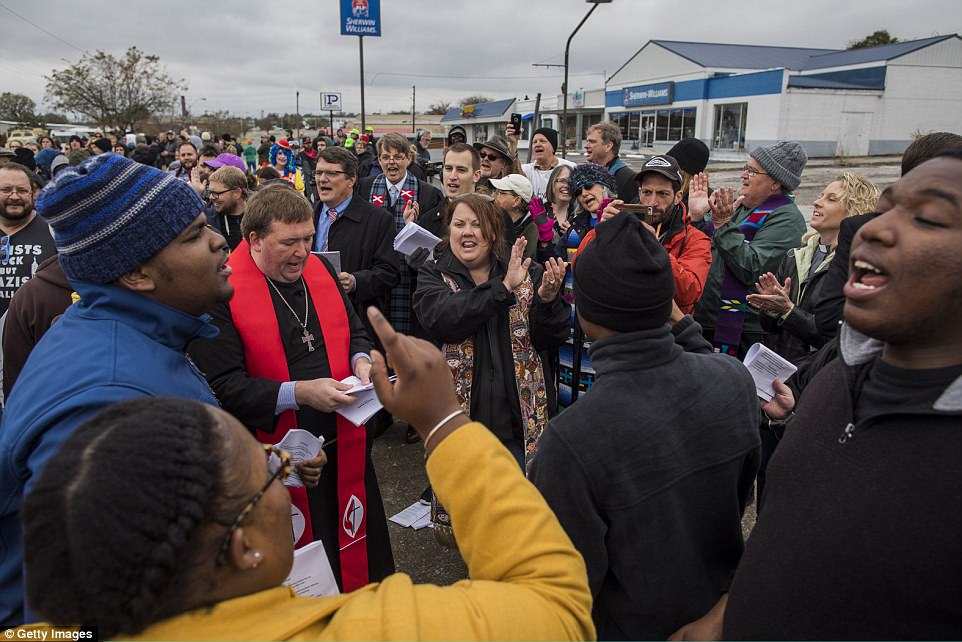