Man arrested for ‘pretending to be Eugenie Bouchard’s brother and building up £35,000 bill at hotel’

Man arrested for ‘pretending to be tennis star Eugenie Bouchard’s brother’ and ‘building up £35,000 bill eating and drinking on her tab’ at five-star Miami hotel

The man has been identified as 24-year-old Solomon Shlomo Azari and Miami police have charged him with ‘scheme to defraud, identity fraud and grand theft.’

According to WSVN, Azari was discovered at 1 Hotel South Beach in Miami where Bouchard is believed to reside. 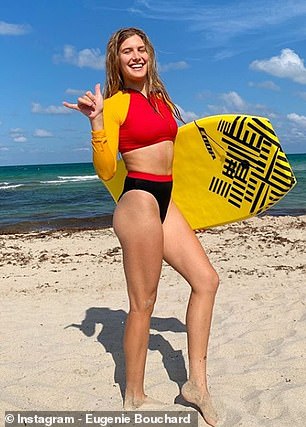 Solomon Shlomo Azari, 24, has been arrested for pretending to be the brother of tennis star Eugenie Bouchard and allegedly building up a £35,000 bill on the player’s tab at a Miami hotel 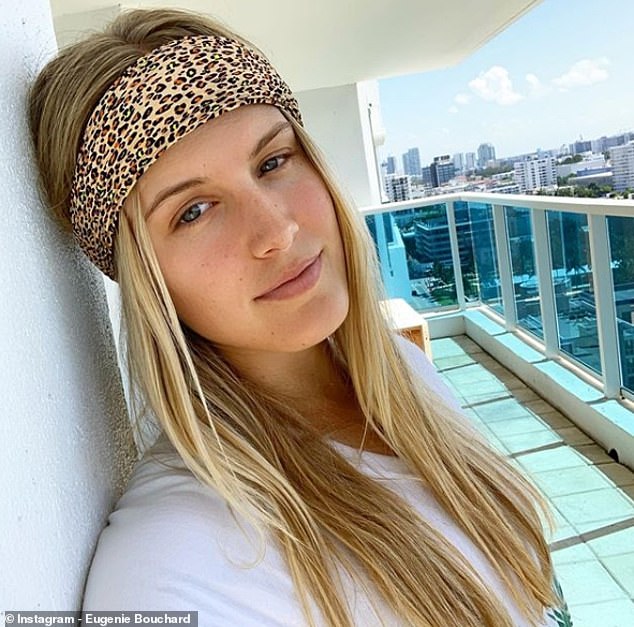 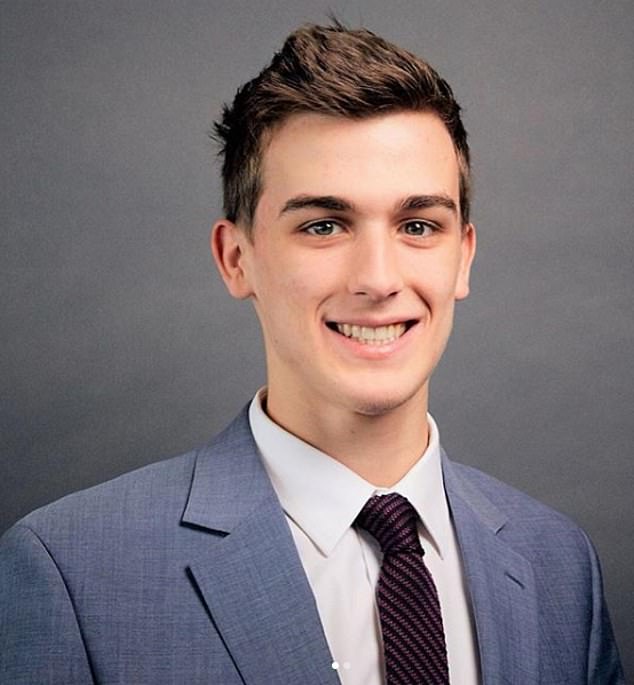 Azari is in no way related to the player and it is believed she has never met him.

The report goes on to detail how police say that Azari ‘posed as Bouchard’s brother over a two-month period’ and he built up a bill as he ‘ate at the hotel’s Habitat restaurant and drank at its rooftop bar using Bouchard’s account.’

The Canadian player is active on the WTA Tour circuit but resides in Miami when she is out of competition.

Azari is alleged to have impersonated Bouchard’s brother Will despite bearing no resemblance to him.

Police also revealed that Azari was found to have cocaine in his pocket when he was arrested on Sunday. 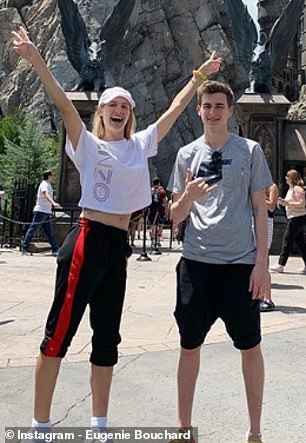 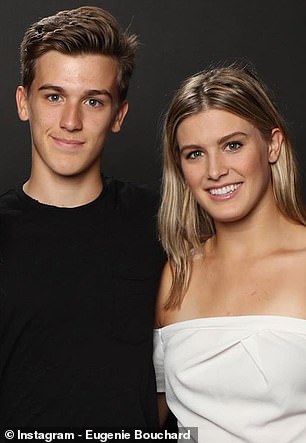 Bouchard poses with her brother, Will, in Orlando (left) and in Montreal in 2016 (right) 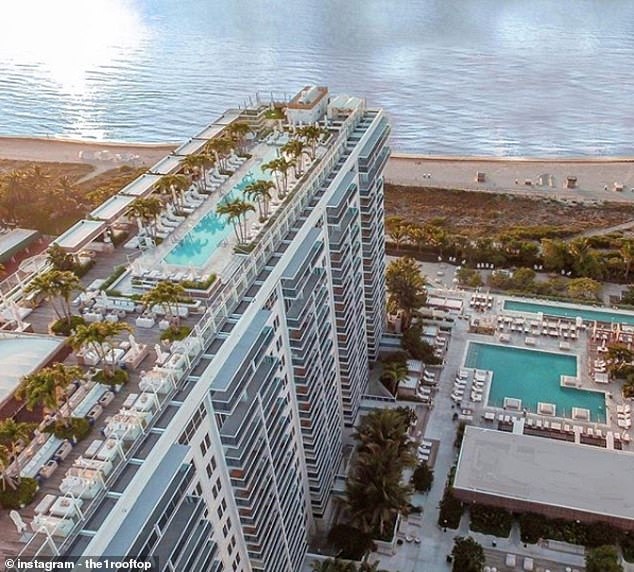 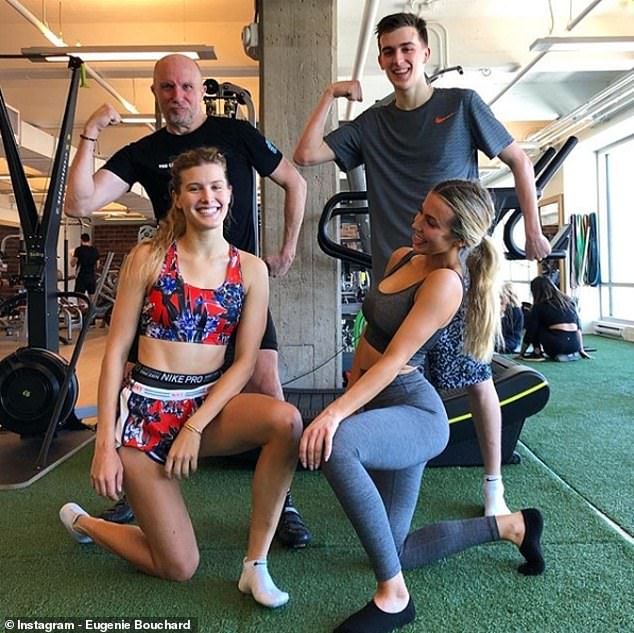 Bouchard enjoys a family workout session with Will, sister Beatrice and her dad, Mike

According to Fox News, the hotel began an investigation into the charges on Bouchard’s account after a member of her team disputed a $29,000 bill on July 30.

Police are said to have shown Bouchard a photo of Azari and ‘she verified that she does not know him, and he did not have permission to make any charges’.

Bouchard is currently preparing for the final Grand Slam tournament of the year – the US Open in New York.

She has endured a difficult year on and off the court and suffered further disappointment in qualifying for the Bronx Open on Tuesday with a three-set defeat to Kaia Kanepi. 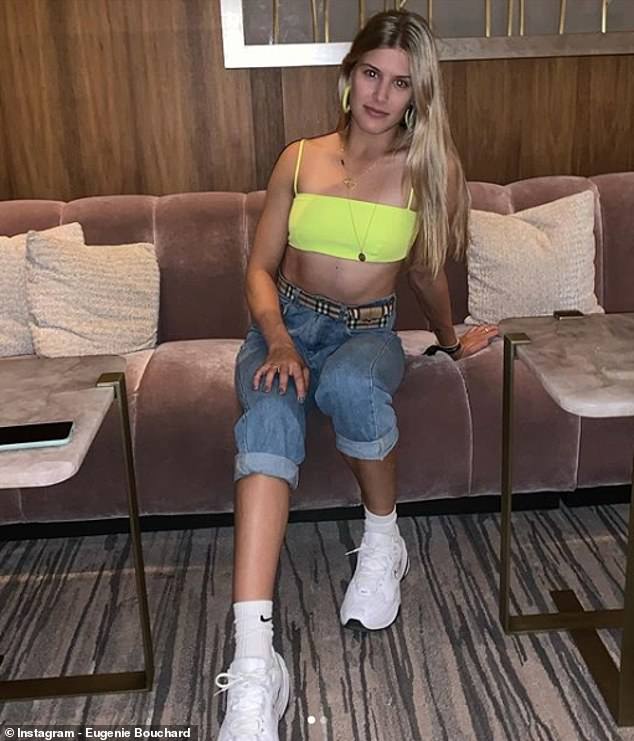 Bouchard, pictured on Sunday, has suffered 10 straight defeats and is struggling for form 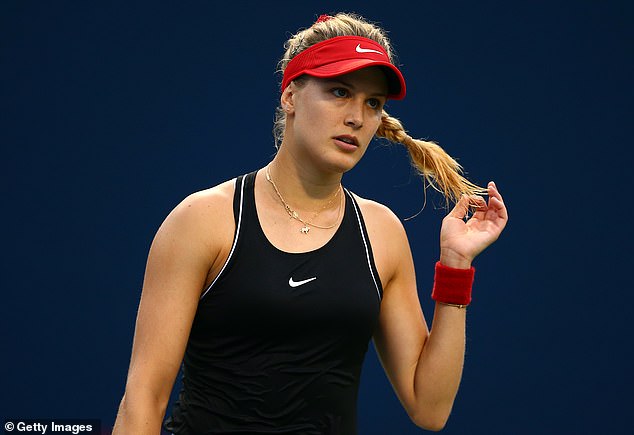