William Chase Johnson has been identified as the son of a Montgomery County Sheriff’s Office deputy. The man who died was a sheriff in the neighboring Lowndes County

A man arrested for shooting an Alabama sheriff dead at a gas station in Hayneville this weekend is the son of a neighboring county’s deputy sheriff.

John Williams Sr, chief sheriff of Lowndes County, was shot and killed in the line of duty on Saturday at the gas station located 25 miles to the southwest of Montgomery, authorities said.

William Chase Johnson, 18, who is being held on suspicion of murder, has been identified by local media as the son of a Montgomery County Sheriff’s Office deputy.

The teen had surrendered himself into officers’ custody after the shooting and subsequent four-hour manhunt on the weekend, authorities said.

Williams died at 8:15 on Saturday, after he was shot while responding to a call at a convenience store near the gas station in Hayneville. 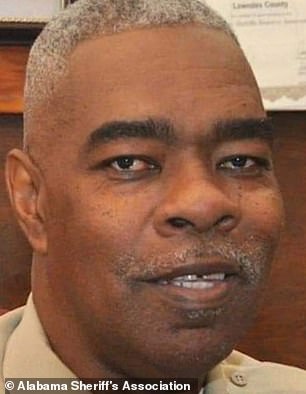 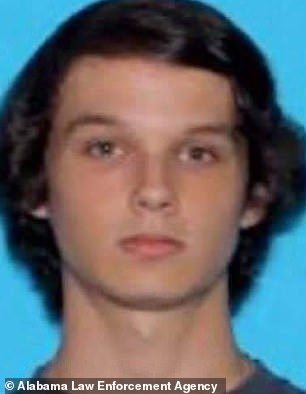 Lowndes County Sheriff John Williams was shot and killed in the line of duty on Saturday evening. The suspect, William Chase Johnson, 18, is alleged to have been in a stolen vehicle when Williams responded to the scene

Johnson was alleged to have been in a stolen vehicle when the deputy sheriff arrived.

Authorities have accused the 18-year-old then shot Mr Williams and abandoned the vehicle at the gas station, fleeing on foot. 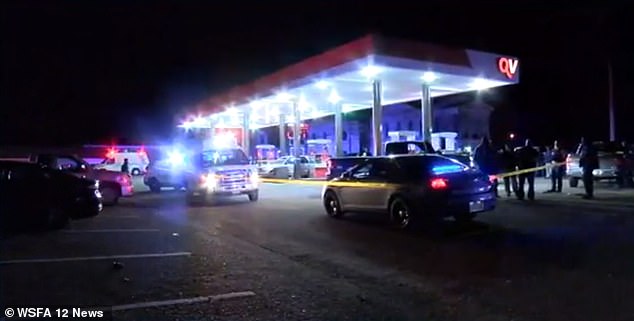 Investigators are seen above at the gas station in Hayneville, Alabama, where the shooting took place on Saturday night

One eye-witness, Charles Benson, told the Montgomery Adviser that the shooting appeared to unfold over complaints of loud music.

‘Big John comes up and asks the young man about the loud music, just like he has done hundreds of times before. Big John don’t take no foolishness.

‘That’s when he got shot. I don’t understand it. The sheriff is gone over loud music? It just don’t seem right.’

Police spent several hours searching for the alleged shooter, before Johnson turned himself into officers.

Johnson has a history of run-ins with the law, including an arrest in August for possessing brass knuckles and being a minor in possession of alcohol.

Those charges were later dropped, according to court records.

Alabama Governor Kay Ivey released a statement to WSFA-TV which read: ‘I’m saddened to hear about Sheriff Big John Williams, who was tragically killed this evening in the line of duty.

‘Through his service to our country in the United States Marine Corps and his many years working in law enforcement, he dedicated his life to keeping other people safe. 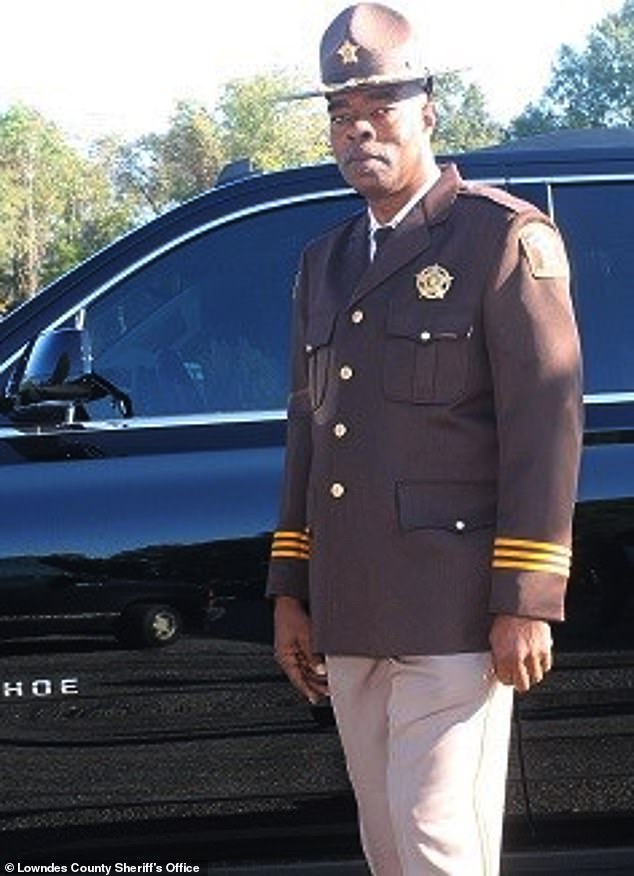 Williams, who was known as ‘Big John’ because of his height, died while responding to a call at a convenience store in Hayneville

‘He will be remembered as a consummate professional and pillar of his community.

‘I offer my prayers and deepest sympathies to his family and to the men and women of the Lowndes County Sheriff’s Department.’

Williams, who was known as ‘Big John’ because of his height, was born and raised in Lowndes County.

The website of the county Sheriff’s Office hailed Williams as someone who ‘always wanted to make a difference in his community and felt there was no better way to help his community than to protect and serve them in law enforcement.’ 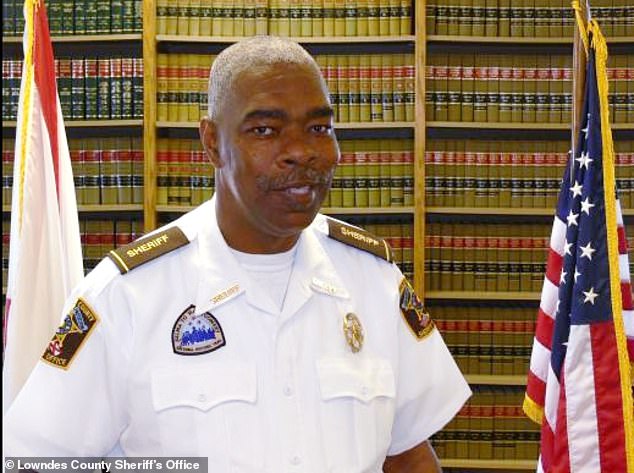 Williams’ career in law enforcement began in 1978, when he first volunteered as a reserve deputy.

In the 1980s, he joined the Hayneville Police Department in a part-time capacity.

Eventually, he was hired as a full time deputy with the department.

Williams notably in 2000 was the arresting officer of Jamil Abdullah Al-Amin, a 1960s black militant who was known as H. Rap Brown before converting to Islam.

Al-Amin was wanted and later convicted in the fatal 2000 shooting of a Fulton County sheriff’s deputy in Atlanta.

He rose through the ranks to become chief deputy. He then quit the department and ran successfully for sheriff in 2010.

Williams held on to that position since then.

Mr Williams is the fifth Alabama law enforcement officer to die from gunfire in the line of duty, and the sixth overall, in 2019, according to a statement from state Attorney General Steve Marshall.