An ex-bouncer wanted in connection with the murder of a British police officer said today he had nothing to apologise to her family for as he arrived for an extradition hearing in Pakistan.

Piran Ditta Khan, 71, was arrested earlier this month in Islamabad suspected of masterminding an armed robbery in Bradford 15 years ago during which PC Sharon Beshenivsky was shot dead.

Khan told reporters today as he was marched to the courthouse, ‘The situation is that I can’t really apologise because I haven’t done anything wrong.’

West Yorkshire PC Beshenivsky became the seventh British female police officer killed in the line of duty when a bullet tore through her stab proof vest when she responded to the robbery at a travel agent’s on November 18, 2005.

Pakistani police officers escort to Piran Ditta Khan, center, who has been arrested in the killing of a British woman police officer, following his court appearance in Islamabad, Pakistan, on Wednesday

Piran Ditta Khan, wanted in Britain in connection to the murder of PC Sharon Beshenivsky during a robbery in 2005, arrives at court in Islamabad… Extradition proceedings are underway.

I asked if he wanted to apologise to Beshenivsky’s family?

She had only been a police officer for just nine months when she was blasted in the chest on what was her youngest daughter Lydia’s fourth birthday.

Six men have been jailed in connection with her murder but Khan left the country for Pakistan. 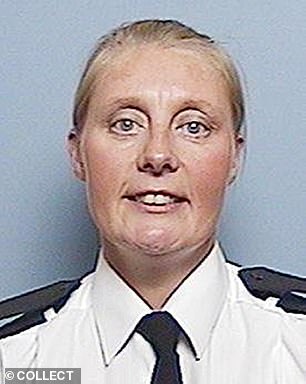 West Yorkshire Police officer PC Sharon Beshenivsky was shot dead at a travel agent’s in Bradford on November 18, in 2005

A £20,000 reward for information leading to his capture had been issued by West Yorkshire Police, who confirmed his arrest in Pakistan on January 15.

Asked whether he would be fighting his extradition today, Khan replied: ‘I love Britain.’

PC Beshenivsky’s husband welcomed Khan’s arrest earlier this month, saying: ‘At last they’ve got him. It’s 2005 to now to get him. From my view, it will give me a bit of closure.

‘When something is still happening in your mind and periodically you get told from police that they’re still looking for him, which is great, but you’ve not forgotten about it.

‘I heard about it yesterday and I was told it was 90 per cent that it was him.

‘This morning they confirmed that it is him and he’s being held in custody in Pakistan.’ 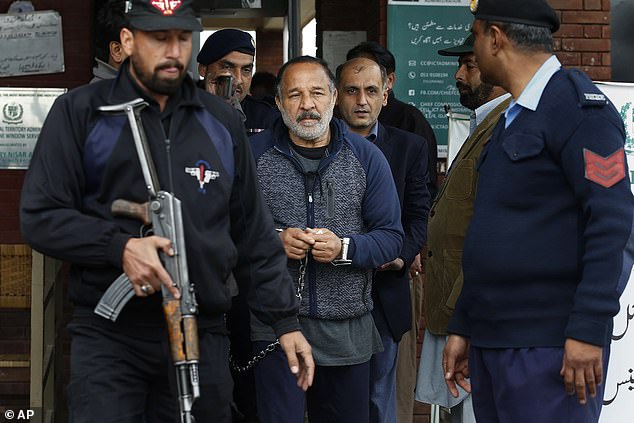 Piran Ditta Khan, 71, is surrounded by police outside a courthouse in Islamabad today 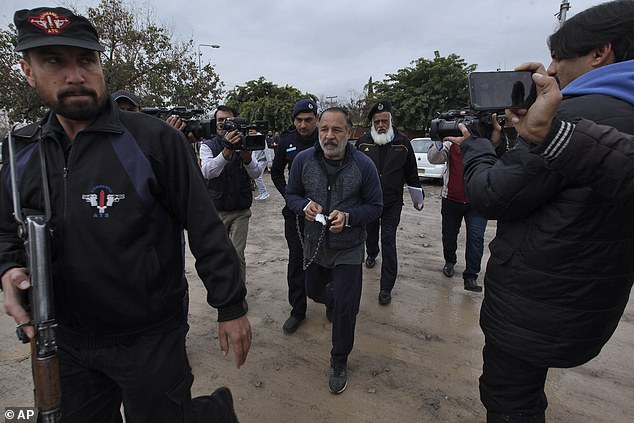 A £20,000 reward for information leading to his capture had been issued by West Yorkshire Police, who confirmed his arrest in Pakistan on January 15 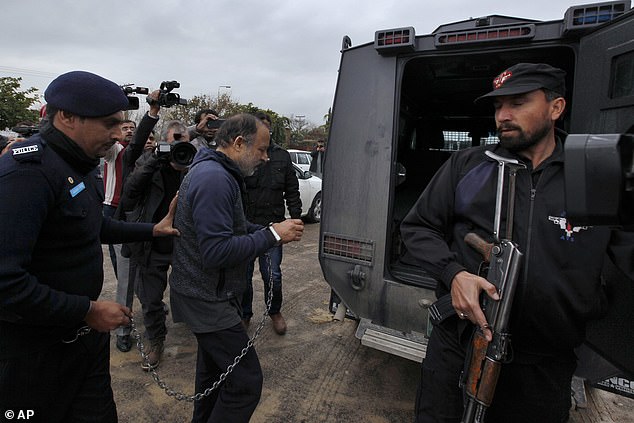 Asked whether he would be fighting his extradition today, Khan replied: ‘I love Britain’

During the 2005 robbery, a bullet hit PC Beshenivsky’s rib, punctured her aorta and damaged her spine – causing her chest to fill with blood.

Her partner, PC Teresa Milburn, was also shot but survived.

Mr Beshenivsky, who has since re-married, said earlier the upcoming court case will cause him and his family to re-live the pain all over again.

He added: ‘There will be a court case and it will all be coming to light again. That brings it all back to light, especially with the kids.

‘My daughter just rang me about it and she told me about it. Obviously it’s not very nice, you try to get on with your life.

‘It doesn’t give you total closure, like now it just goes through your mind and the kids are going to be suffering.

‘I’m having to deal with it. I’ve remarried, but you’re never going to forget. It’s a bit like Groundhog Day.’

West Yorkshire Police Detective Superintendent Mark Swift said: ‘I would like to thank the National Crime Agency officers in Pakistan and partners who have made this arrest possible. 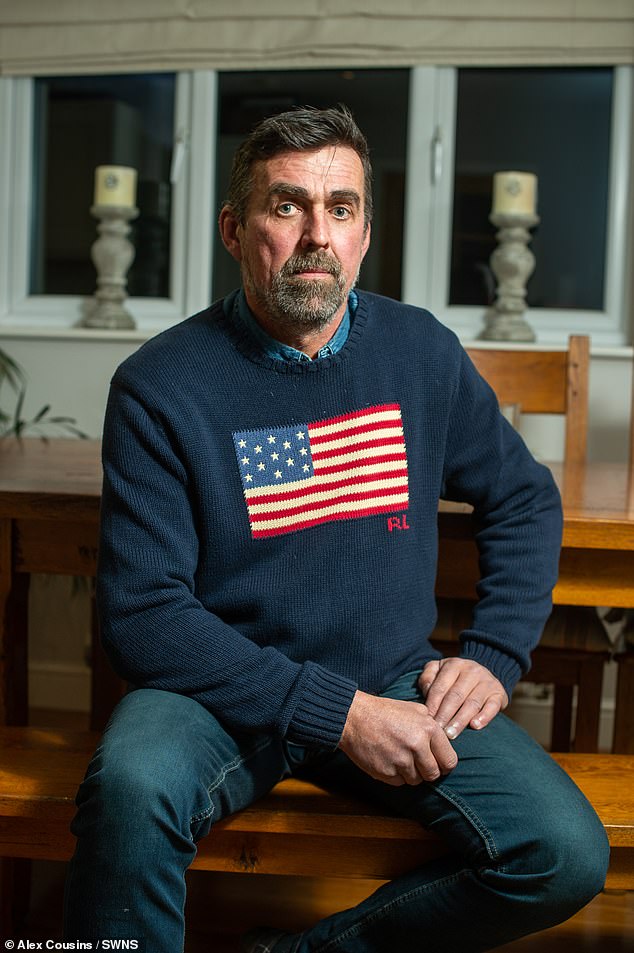 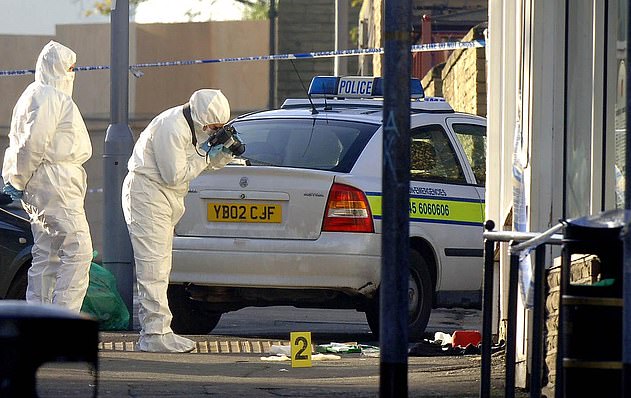 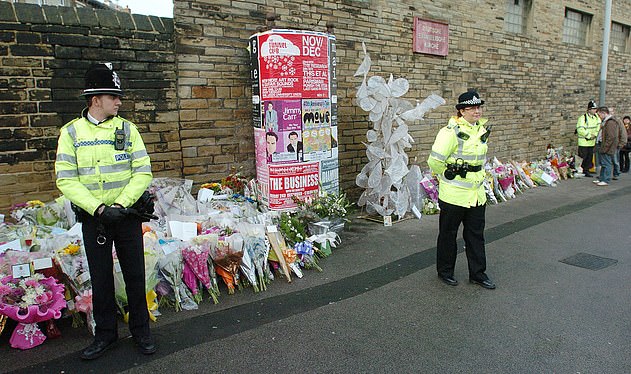 Three men – Muzzaker Imtiaz Shah, Mustaf Jama and his younger brother Yusuf Jama – were all given minimum 35-year jail sentences for her murder. 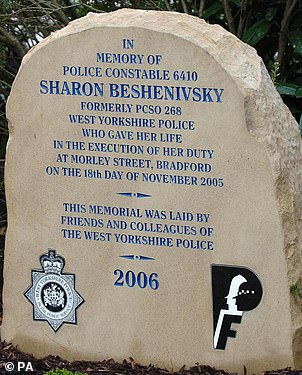 But police spent years hunting for Khan, who they claimed was the architect of the robbery and travelled to Pakistan after the mother-of-five was killed.

PC Beshenivsky was with her colleague PC Teresa Milburn when they were called to Universal Travel in Morley Street, Bradford, when she was gunned down. PC Milburn was seriously injured but survived.

The 38-year-old was mother to three children and two stepchildren and wife to her husband Paul.

On the day of her death, the Beshenivsky family were due to hold a birthday party for their youngest daughter Lydia at their home near Haworth, West Yorkshire.

PC Beshenivsky had wrapped the presents and even baked a cake for the occasion.

But as she neared the end of her shift that afternoon, she was called out to a robbery by a seven-strong gang at the travel agency.

She had only been an officer for nine months. The crime shocked the nation and left Mr Beshenivsky and their five children totally devastated. 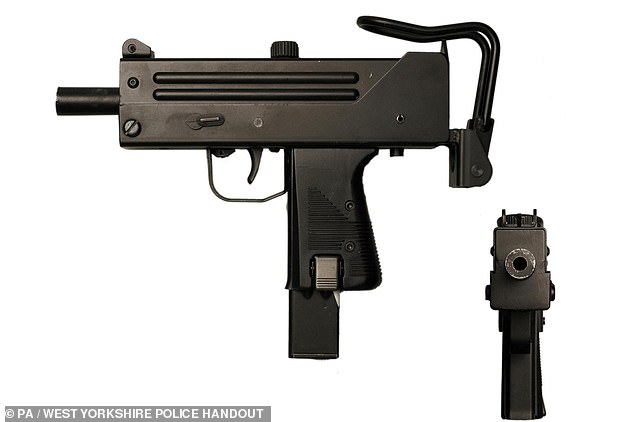 On the 10th anniversary of her death in 2015, her daughter Lydia pulled at the nation’s heartstrings when she claimed she couldn’t remember her mother.

She said: ‘Nothing, I’ve no memories. I’ve been cheated, haven’t I? Her murderers were heartless.

‘I only know what I’m told about mum. I look at photos of her and think she looks pretty. I would have loved to have known her.’

Her son Paul Junior added: ‘Our mum was very brave.

‘She went into the shop first, she wasn’t scared.

‘Dad says we are like her in that – we have a strong sense of right and wrong.’

Her husband Paul said after the tragedy:  ‘It took me two days to tell the kids. 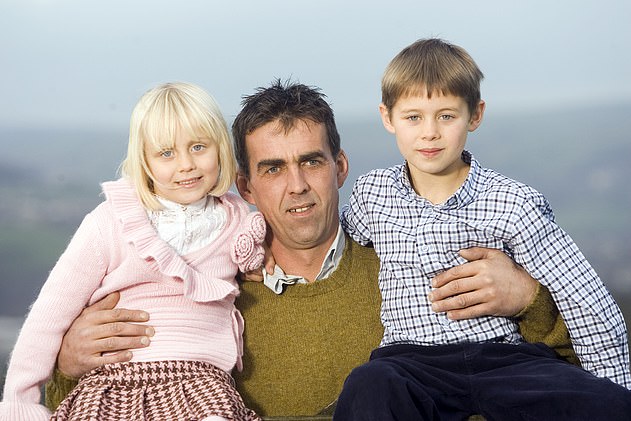 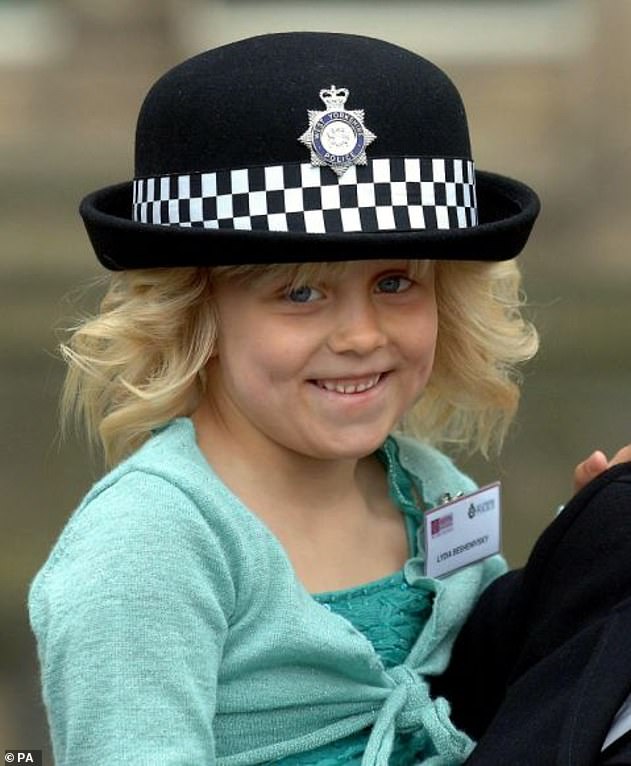 Sharon’s daughter Lydia is pictured wearing a police hat at an event in 2007, two years after her mother’s death

‘I struggled to find the words but I saw them looking down and thought I’d be truthful in as simple a way as possible.

‘I said, ‘Mummy has died and she won’t be coming home.

‘It was the hardest thing I have ever done. Then a friend took them away for a fortnight to escape the publicity.’

The West Yorkshire Police officer was left without a headstone for more than five years after her death, after her widower Paul claimed he was unable to decide on the right words for it.

The family row saw her mother and stepfather, Jenny and Tony Booth, begging her widower to erect their headstone.

But instead a simple wooden cross bearing her name marked her final resting place at Nab Wood Cemetery in Shipley, West Yorkshire for years. 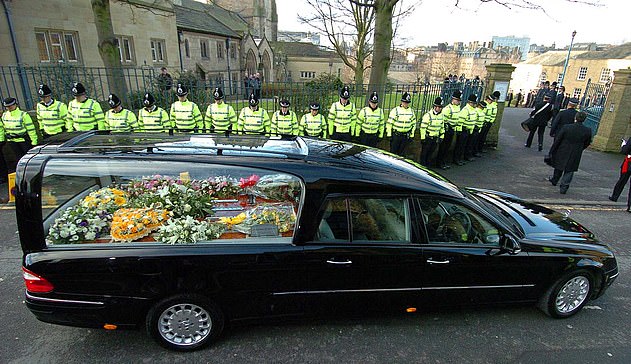 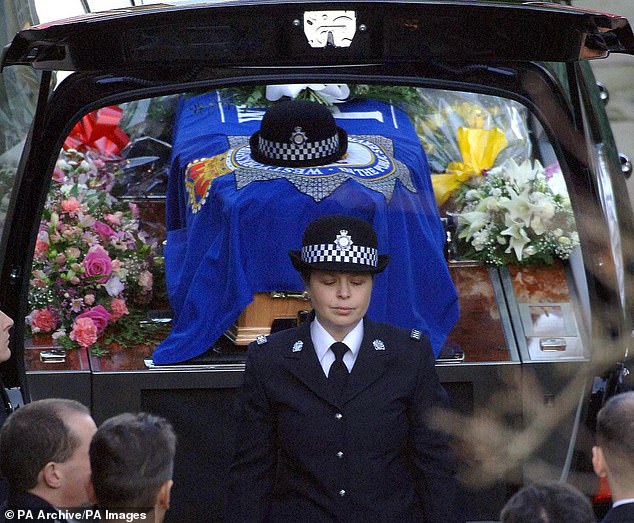 WPC Theresa Milburn, who was shot in the attack that killed her colleague Sharon, leads the funeral procession in 2005

A West Yorkshire Police headstone was put up in 2006.

Today the force thanked the National Crime Agency who they claim have been working tirelessly in Pakistan to find Khan.

The force’s Detective Superintendent Mark Swift said: ‘I would like to thank the National Crime Agency officers in Pakistan and partners who have made this arrest possible.

Timeline of the murder of PC Sharon Beshenivsky

18 November 2005: PC Sharon Beshenivsky was killed after and her colleague PC Theresa Milburn was seriously injured after they were shot at during an armed robbery at Universal Travel in Bradford.

18 December 2006: Yusuf Jama and Muzzaker Shah were sentenced to life imprisonment with a minimum term of 35 years.

A third man, Faisal Razzaq, a 25-year-old from London, was cleared of murder but found guilty of manslaughter. He was sentenced to life imprisonment with a minimum term of 11 years.

2 March 2007: A fourth man, Hassan Razzaq, the 26-year-old brother of Faisal was also convicted of manslaughter and sentenced to 20 years in prison.

Raza Ul-Haq Aslam was sentenced to eight years in prison for robbery.

1 November 2007: Mustaf Jama was extradited from Somalia after a Home Office investigation connected him to the robbery.

22 July 2009: Mustaf Jama was found guilty of murder and sentenced to life in prison with a minimum term of 35 years behind bars.

2014: Police renew their appeal to find Piran Ditta Khan, who they believed was the mastermind of the robbery and fled to Pakistan after the crime. They promised a £20,000 reward for anyone who could help find him.

January 14 2020: Police arrest Khan in Pakistan after an investigation by the National Crime Agency.