Man arrested on suspicion of murder in search for Hollie Kerrell

Hollie Kerrell, 28, was last seen at her home address in Knighton in Powys at around 10am on Sunday

A young mum who disappeared four days ago is believed to have been murdered and police are searching for her body.

Detectives have arrested a 35-year-old man on suspicion of murdering mother-of-three Hollie Kerell, 28, who vanished on Sunday.

A major search was launched after Hollie’s family reported her missing from home in the quiet market town of Knighton, Mid Wales.

Her anxious friends and family asked for help on social media hoping Hollie had gone away for a few days.

But her car was still parked outside her home and close friends say she would never have left her children.

One of her friends said on Facebook: ‘Hollie has been missing since 10am Sunday morning. Everyone is extremely worried.

‘If anyone sees her could you get in touch with me or the police * she hasn’t got her car with her.

‘The police are searching but every bit of support will help!!’

Hollie’s friend Sarah Evans added: ‘Hollie sweetie if you are somehow reading these messages, please don’t ignore we are all very worried about you, especially your family, husband and your babies want and need you. Please give a sign your ok. Come home xx’.

Dyfed-Powys Police yesterday(wed) revealed there had been a ‘significant development’ in their investigation which is now a murder inquiry.

But they are still appealing for public help in a bid to find Hollie and asking anyone with information to contact them ‘as a matter of urgency’.

An incident room has been set up in Llandrindod Wells where the suspect is being held for questioning.

It is understood he is a local man who knew keen horse woman Hollie and her family. 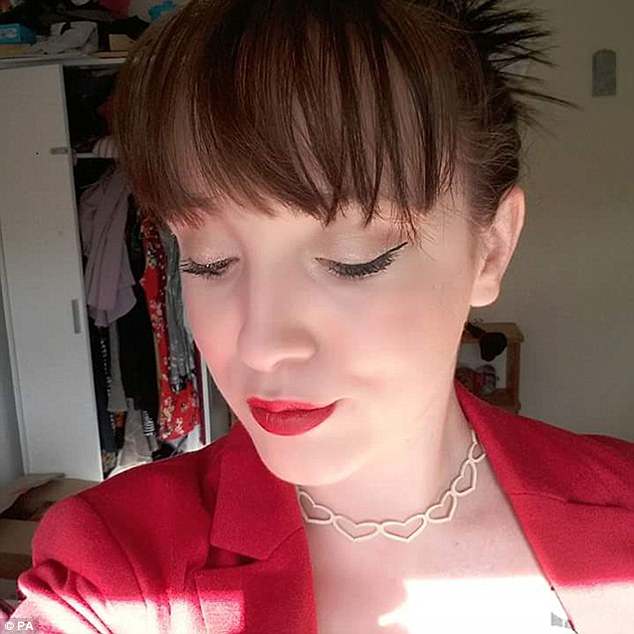 Despite the arrest, police are continuing with ‘thorough enquiries’ in the search for missing Ms Kerrell

Superintendent Jon Cummins, of Dyfed-Powys Police, said: ‘Although there has been a significant development in this investigation in respect of an arrest taking place, we still need the help of the public in this enquiry.

‘We’re appealing to anyone with any information or sightings of Hollie from 5pm on Saturday, April 21, onwards to contact us as a matter of urgency.’

Fashion lover Hollie was a full-time mum but knitted baby clothes and cot blankets, a hobby she started when she was pregnant.

She sold them at a market stall in Llandrindod Wells to make some extra money.

Hollie, and her husband Christopher are believed to have to have split up earlier this year.

Hollie, who previously lived in Kingsbridge, Devon, is described as being 5ft 5ins, medium build with dark brown hair and blue eyes.

When she was last seen she was wearing a black skirt and long black cardigan.