Australian businessman Rohan Arnold, alleged by police to be at the centre of a $500 million Serbian drug bust, was millions of dollars in debt and recommended to ASIC by a liquidator to be investigated by the Federal Court after a series of failed international ventures.

Rohan Arnold – dubbed the ‘king of steel’ for his roaring success in the industry – was arrested at gunpoint inside the Metropol Palace Hotel, in Belgrade, last week alongside 48-year-old business associate David Campbell.

It is understood that Mr Campbell was detained by the Serbian Police in relation to ‘authorised possession and carrying of weapons’.

Tristan Waters and Lebanese man Diab George were also arrested while drinking with the two businessmen in the hotel lobby. Serbian state media have reported that Mr George was detained on suspicion of having a fake passport.

The lawyer for the three Australians, Jaska Pekovic, has reportedly told colleagues he is seeking the release of Arnold and Waters today as they are facing no charges in Serbia and an extradition request is yet to be released.

Waters, a former Canberra nightclub bouncer turned billionaire construction owner, has been labelled as a ‘big narco boss’ by the Serbian media.

All four are suspected by the Australian Federal Police of having ties to an international drug syndicate – which allegedly attempted to smuggle 1.28 tonnes worth of cocaine into Sydney from China last year.

Australian businessman Rohan Arnold, alleged by police to be at the centre of a $500 million Serbian drug bust, was millions of dollars in debt and recommended to ASIC by a liquidator to be investigated by the Federal Court after a series of failed international ventures 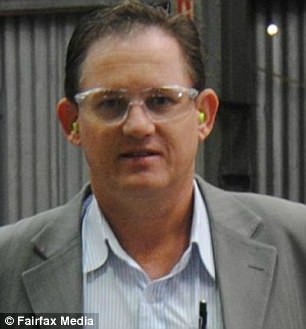 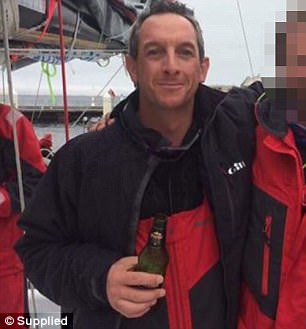 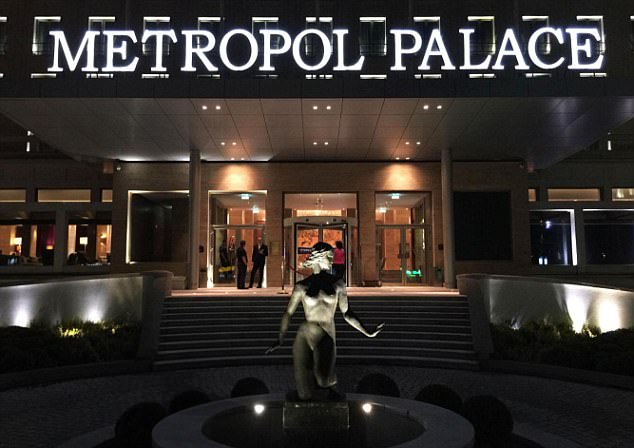 Arnold and Campbell are long-term business associates, but the former ran into deep financial trouble when his company was unable to match the costs of their Chinese counterparts.

The liquidators accuse Arnold of ‘phoenix’ activity, the transfer of assets from a company in debt to a new company to avoid paying employees, creditors and/or tax.

They liquidators appointed to the companies also alleged Arnold may have traded while insolvent, and suggested to ASIC that he be investigated in Federal Court, but Fairfax reported no action was taken.

‘They were always difficult to get money from,’ a former business associate said.

They also described Campbell as ‘the most difficult pr*** I have ever dealt with’.

Campbell is being held on suspicion of carrying an unauthorised gun, while Arnold is suspected of laundering money for Waters.

Waters, reportedly manager of a security firm based in the ACT before moving on to build his own construction firm called Triswat, is suspected of purchasing the cocaine.

The businessman, who is now based in Dubai, was also reportedly connected to multiple companies linked to the ATO tax fraud syndicate run by Adam Cranston, the son of then ATO deputy commissioner Michael Cranston. 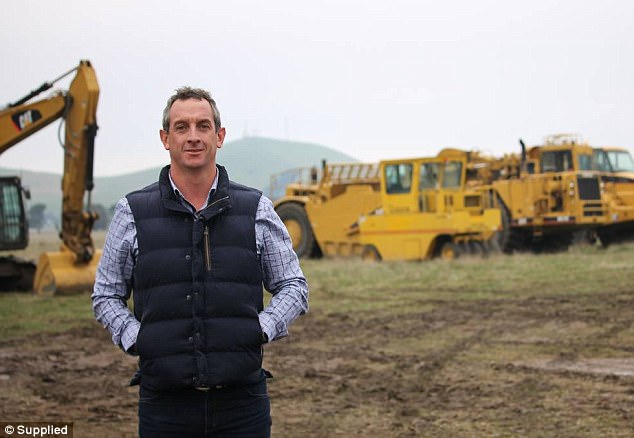 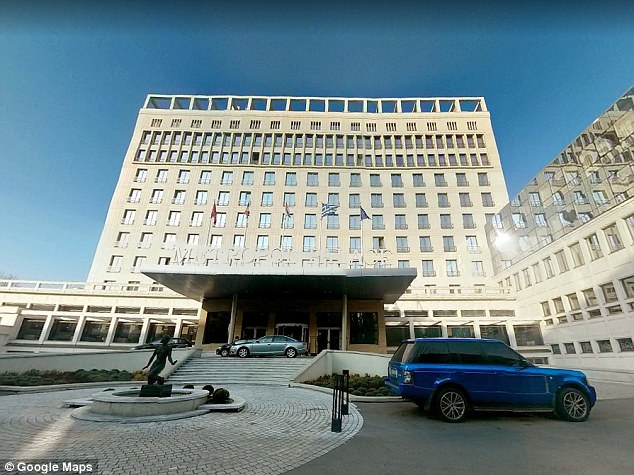 Campbell’s lawyer is planning to have him and Waters released as early as Monday, arguing there is no legal basis in which to keep the pair in Serbia

Campbell’s lawyer is planning to have him and Waters released as early as Monday, arguing there is no legal basis in which to keep the pair in Serbia.

He is also considering an application to have Waters moved to a hospital instead of his holding cell as he has a pre-existing medical condition.

The Serbian High Court however say Campbell has been remanded in custody for 30 days as they have fears he may abscond.

‘It was just about the circumstances of the detention and not the criminal case. Where he lives, what he was doing jn Belgrade,’ Higher Court spokeswoman Bojana Stankovic said.

‘The judge ordered detention for 30 days… because of the risk of escape.’ 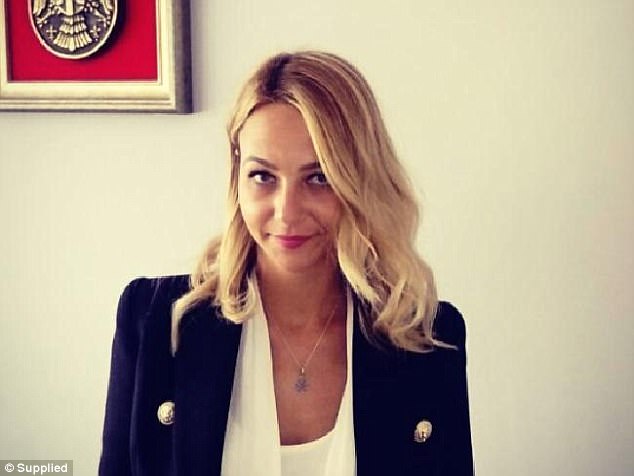 A spokeswoman for the Serbian High Court, Bojana Stankovic (pictured), said Campbell has been remanded in custody for 30 days as they have fears he may abscond 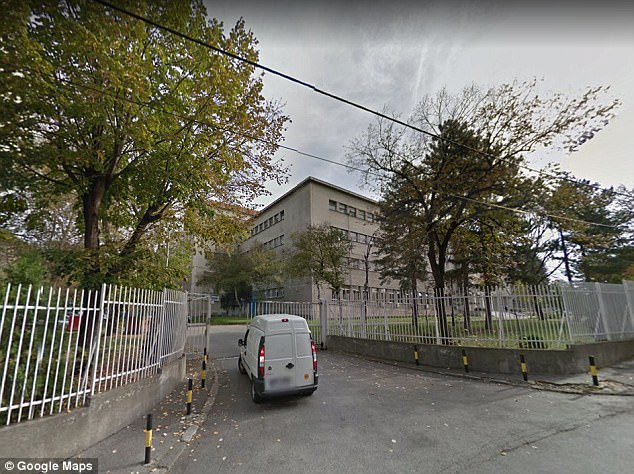 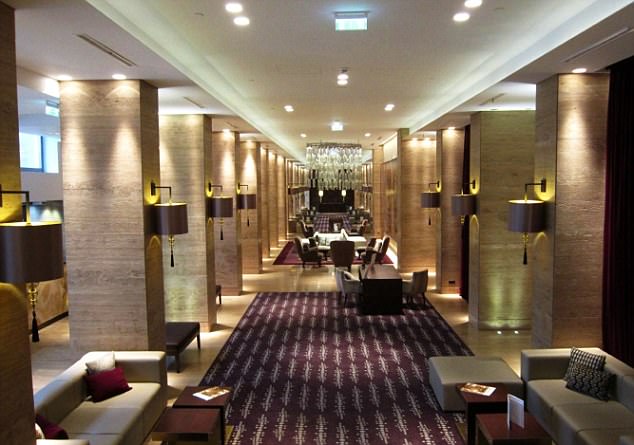 Australian Federal Police released a statement hours after the Serbian bust about the seizure, saying they had linked the three men to a the major drug bust in April.

‘Operation Amorgos commenced in April 2017, with the interception of a container of pre-fabricated steel arriving into Sydney from a source country via China,’ the statement read.

‘AFP investigators commenced a tenacious nine-month investigation to pursue those allegedly responsible for this importation.

‘No arrests have been made in Australia at this time, though investigations remain ongoing.’

Police said the men ‘are linked to’ the discovery of 1,280 kilograms of cocaine that was seized last April on a Chinese boat docked in Sydney.

They said the drugs were worth (AUD)$500 million.

Waters was a director of CREI Camperdown set up by Dev Menon, the Sydney lawyer who allegedly provided tax advice to the ATO syndicate, Fairfax reports.

Mr Arnold is a director of South East Livestock Exchange and also his own company ‘Arnold Co’ – a major player in the NSW construction industry.

The father-of-four was born and educated in Canberra where he graduated with a commerce degree in 1995, according to his business website.

Just days ago, he wrote on his personal blog that the global steel industry was thriving and that he was optimistic about the future.

‘Global demand for mass steel looks likely to increase in 2018, with emerging economies including Latin America and the Middle East experiencing strong urban development,’ he wrote. 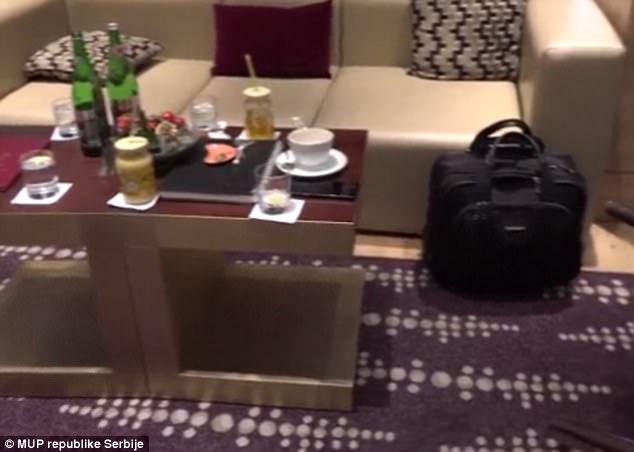 This picture shows the table and lounge the men had been sitting on before they were arrested, as well as a bag police say contained various forms of currency 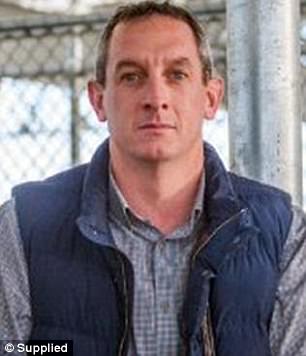 Arnold’s 20-year career in the steel industry and subsequent affluence has gifted him opportunities like competing in the Sydney to Hobart for a third time in 2017.

But just three weeks after successfully completing the prestigious yacht race, he finds himself accused by police of being at the centre of the second largest cocaine seizure in Australian history.

Mr Arnold is alleged to have first came to the attention of Australian Federal Police after they captured a 1.28 tonne cocaine haul – with a street value of close to $500million – hidden on a shipment of pre-fabricated steel which travelled from China to Sydney last April.

Following his dramatic arrest in Belgrade, the AFP on Wednesday raided Mr Arnold’s home where he lives with his family on the NSW-ACT border.

One of his business premises in Goulburn was also searched – as were properties in Jeir and Canberra. 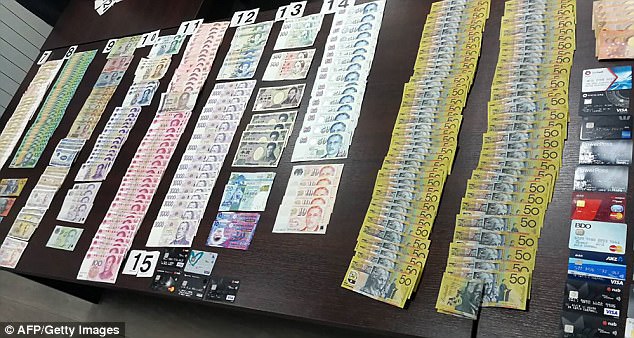 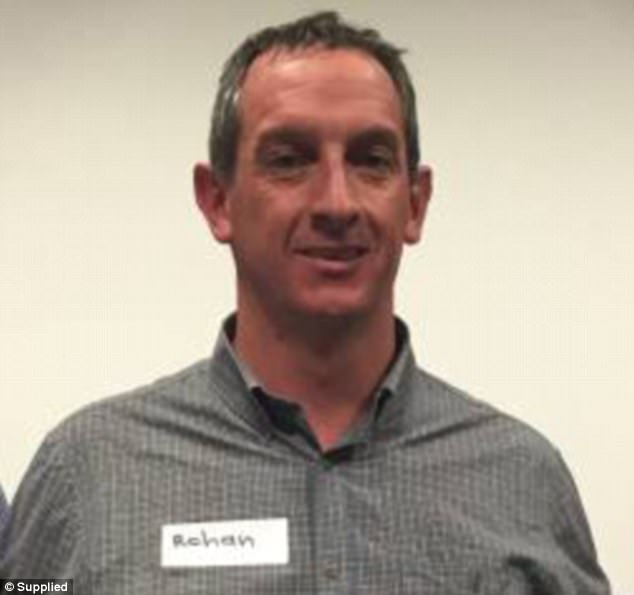 Video showed Mr Arnold sitting inside the lobby of the Belgrade hotel with three other men, completely unaware they were about to be raided by police.

The footage, released by Serbian authorities, showed officers throw the men to the ground during what police allege was a ‘money handover’.

Officers said they found a bag filled with various forms of currency, including approximately $600,000 Euros and $10,000 Australian dollars.

One of Arnold’s colleagues told Daily Mail Australia he was shocked to learn of his arrest in Serbia, saying he assumed Arnold had travelled to China.

‘I spoke to him the other day and he said he was going overseas for a week but he’d be back before Sunday [for the opening of a new stock yard],’ Brendan Abbey said.

‘I was under the impression he was off to China. He went there often because he has interests in steel there. 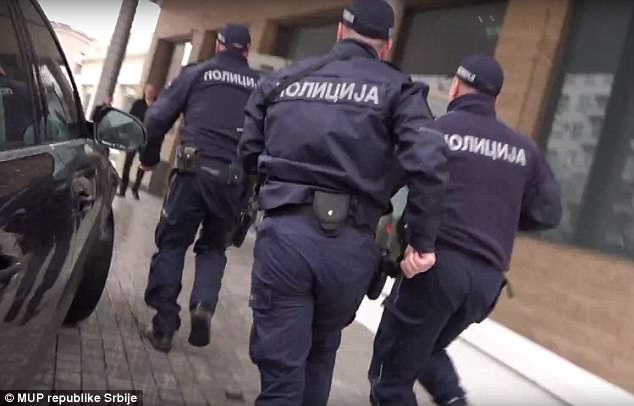 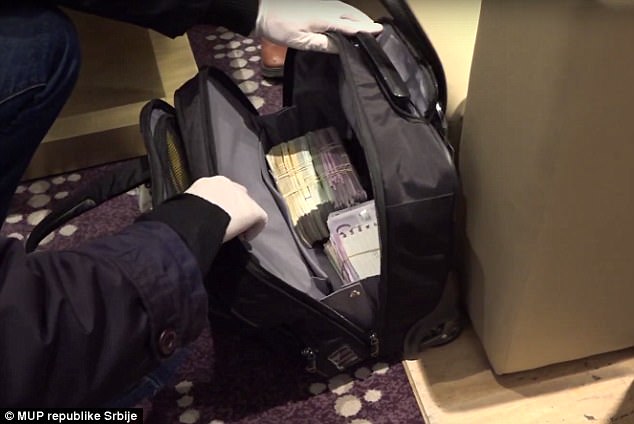 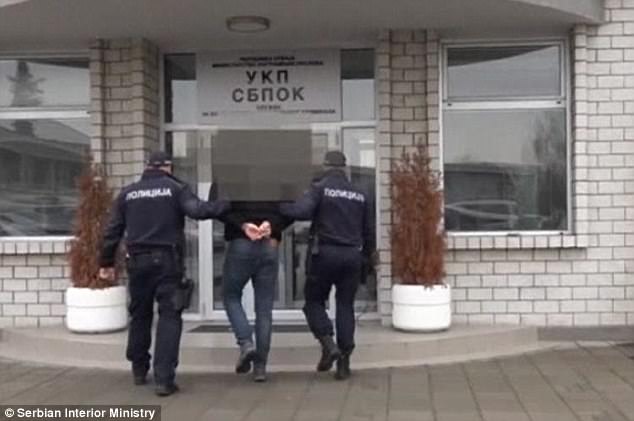 ‘We’re just in shock, utter shock. It’s got nothing to do with us though.’

In a statement released on Thursday, the South East Livestock Exchange (SELX) said its business was not involved in any way with the police operation.

‘The operation and management of SELX and WVLX are not affected by this development. Livestock sales will continue as scheduled.’ 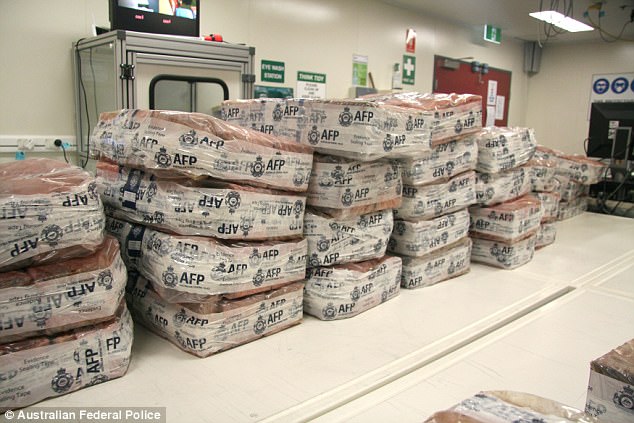 Mr Arnold first came to the attention of Australian Federal Police after they captured a 1.28 tonne cocaine haul 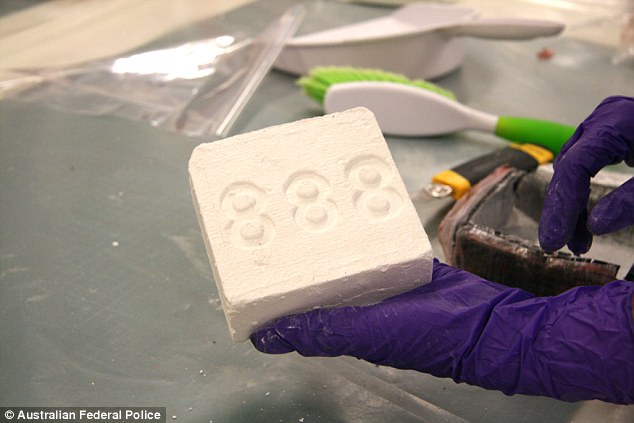 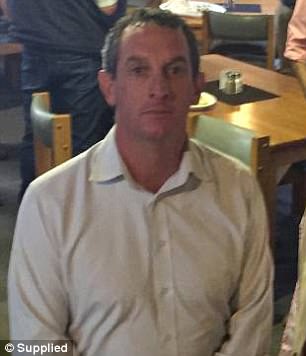 Mr Arnold’s defence lawyer told The Sydney Morning Herald he was in the process of organising to see him in Serbia.

‘That will be co-ordinated through [the Department of Foreign Affairs and Trade],’ Ben Aulich said on Thursday.

‘If everything is co-ordinated smoothly and he is not facing charges in Serbia, then we expect him back in the country within four to six weeks.’ 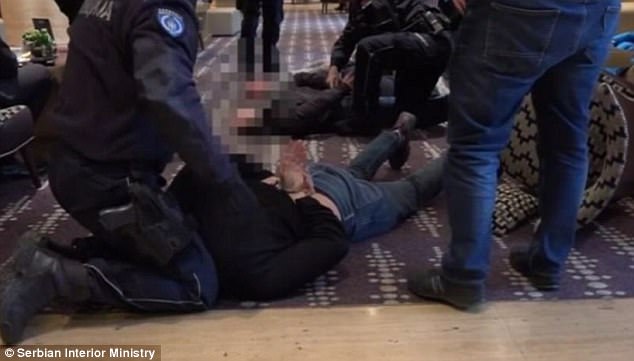 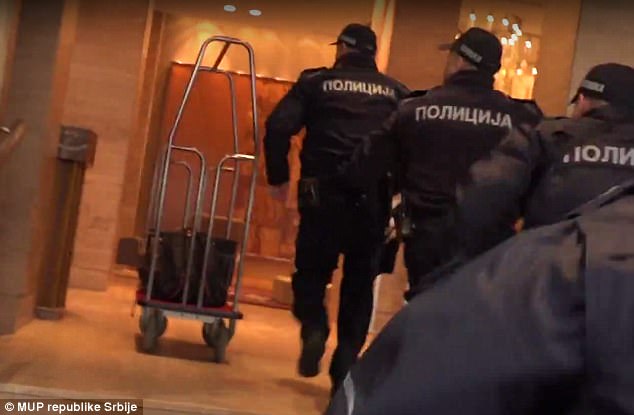